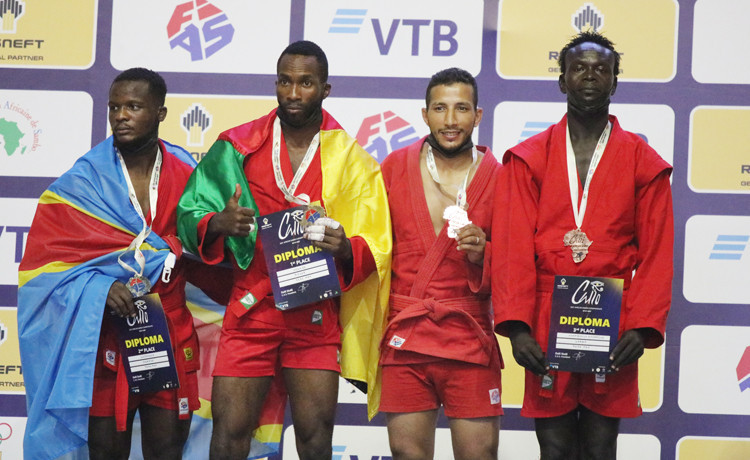 Mohamed Taibi of Morocco rolled over Ivory Coast's Mohamed Camara for four points in the men's under-64kg, separating himself enough from his opponent to win gold.

Egypt's Mahmoud Hosam Elshtahy was the bronze medallist in the category.

Ahmed Ismail Mohamed of Egypt gave the home nation its first victory of the Championships, stopping Ilias Amimi from making it a third gold medal in a row for Morocco in the combat men's under-71kg.

Stephane Hounsou Gbedjinou of Ivory Coast and Terlond-Radich Loubaki of the Republic of Congo claimed the bronze medals.

Rubin Wina Itumba of the Democratic Republic of Congo consolidated his gold medal victory against Ahmed Abdelbaset Darwish of Egypt with a late hold down in the men's under-79kg to give his country its first title of the Championships.

Sanaa Mandar of Morocco finished off Noellie Kone of Mali in under a minute in the women's under-65kg, holding down her opponent for four to seal the victory, and Fatma Ramadan Gomaa of Egypt won the bronze.

Aboubacrine Illissaou of Niger and Mohamed Ali Gaber of Egypt were third.

In the final bout of the night, Cameroon's Maxwel Djantou Nana, who won bronze at the 2020 World Sambo Championships, came from a point down early in the bout to defeat Khaled Fathy Abdelfatah of Egypt in the combat men's over-98kg.