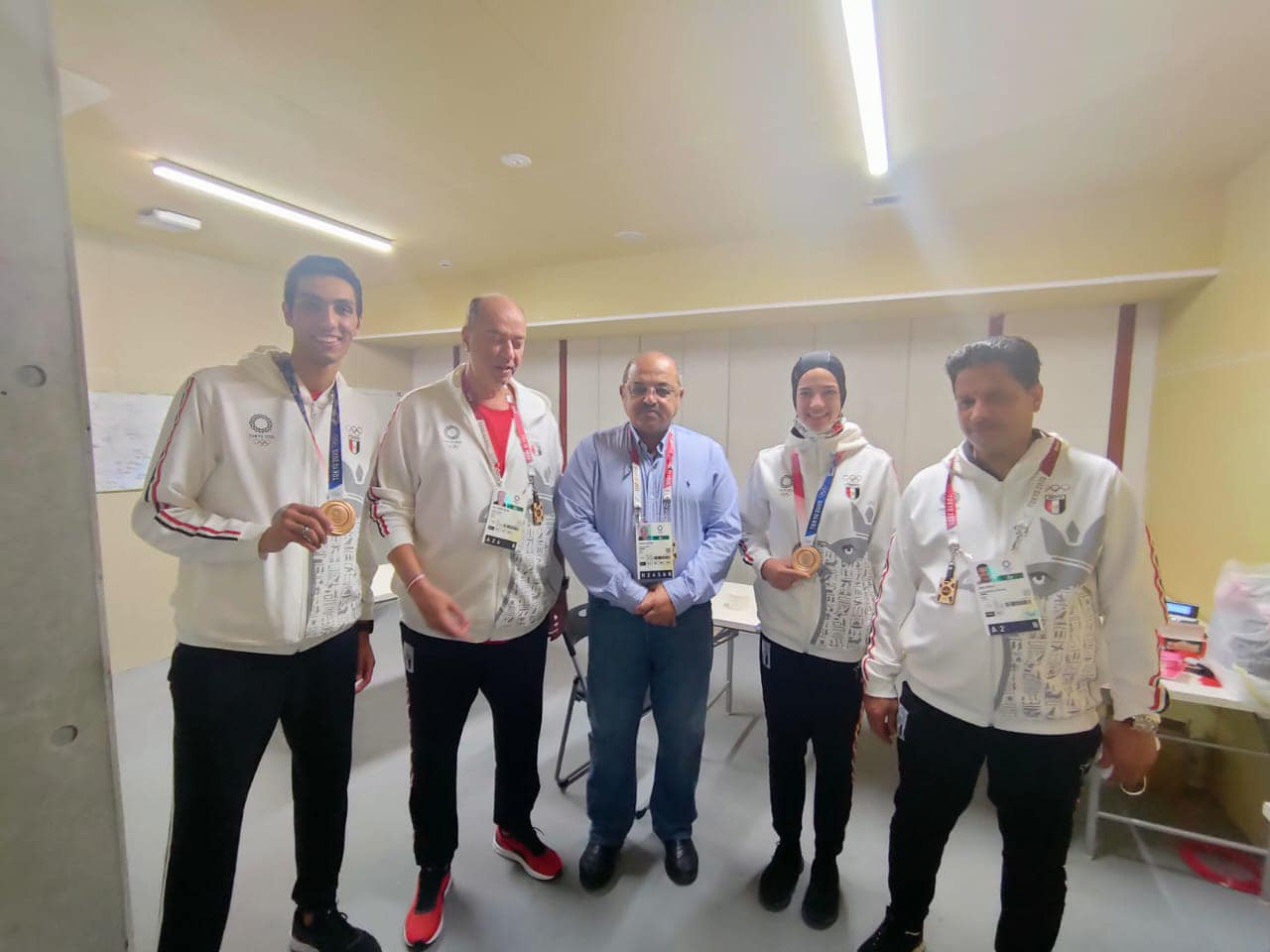 Egypt’s taekwondo medallists at Tokyo 2020 Hedaya Malak and Seif Eissa have been honoured by the Egyptian Olympic Committee.

Malak overcame the United States’ Paige McPherson in the bronze medal match in the women’s under-67 kilograms competition, while Eissa defeated Richard Ordemann of Norway in the men’s under-80kg division to also earn bronze.

They are the only medallists at Tokyo 2020 so far for the North African country.

Egypt’s two medals in taekwondo were more than any other African country, with Tunisia and Ivory Coast both having one fighter finish on the podium.

Egypt’s first medal in the sport came at Athens 2004, while Malak earned bronze in the women’s under-57kg category at Rio de Janeiro in 2016.

Those four medals make taekwondo Egypt’s joint-third most successful Olympic sport historically, tied with boxing and behind weightlifting and wrestling.

Malak also became the country’s first female athlete to finish on the podium in back-to-back Olympics, as well as its first to earn a medal as its flagbearer.