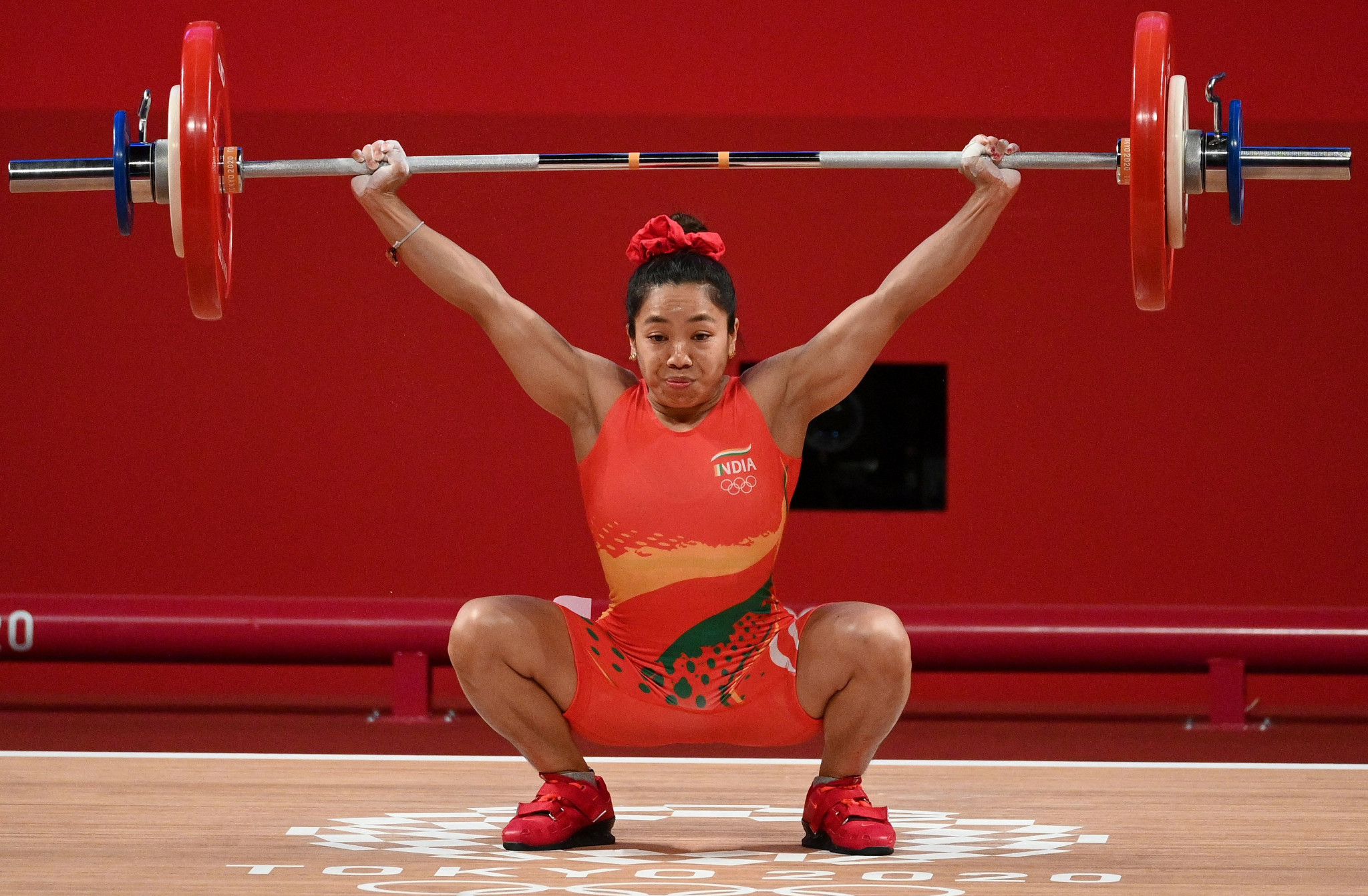 After winning a silver medal at Tokyo 2020, India's Mirabai Chanu is hungry for more success in 2022 and targeting the Asian Games.

The weightlifter only lost out to Hou Zhihui in the women's 49 kilograms category as the Chinese athlete set a new Olympic record, lifting a total of 210kg.

She now has her sights set on becoming India's first-ever weightlifting gold medallist at the Asian Games.

"Once I am done with my short break from the sport, I will again slip into a tight training regimen," Mirabai told the Millennium Post.

"I will have to focus on the Commonwealth Championship in October.

"I will also prepare myself for winning medals next year at the Commonwealth Games and the Asian Games.

"Each day for me at training is hard and focussing on my best.

"I have been working on the snatch and my goal is to get better."

China's silver medal is India's best Olympic result in weightlifting, and only the country's second medal.

The 26-year-old hopes her success can inspire younger generation.

"By Paris Olympics, I am sure there will be another four girls who will be competing on the big stage from India in weightlifting," Chanu added, speaking to the Millennium Post.

"I wish more people take to the sport and I must say in Manipur we have a good sports culture.

"My sport is very important; we can win more medals in this.

"I never knew my winning a medal will mean so much for India.

"It is only after coming home, I realise the impact.

"We athletes have got very good support from the government.

"And that should see more champions being produced in my sport."

With Mirabai targeting the 2022 Commonwealth Games and 2022 Asian Games she is set for a very tight schedule.

The Commonwealth Games in Birmingham in England are due to be held from July 28 to August 8, with the Asian Games set to take place from September 10 to 25 in Hangzhou in China.

Mirabai will likely have to overcome Hou if she is to become India's first Asian Games champion in weightlifting.

Mirabai won gold and silver respectively at the 2018 and 2014 Commonwealth Games, respectively.

In contrast to the Olympics and Asian Games, India is traditionally one of the best weightlifting nations at the Commonwealth Games and has won 43 gold medals - second only to Australia.