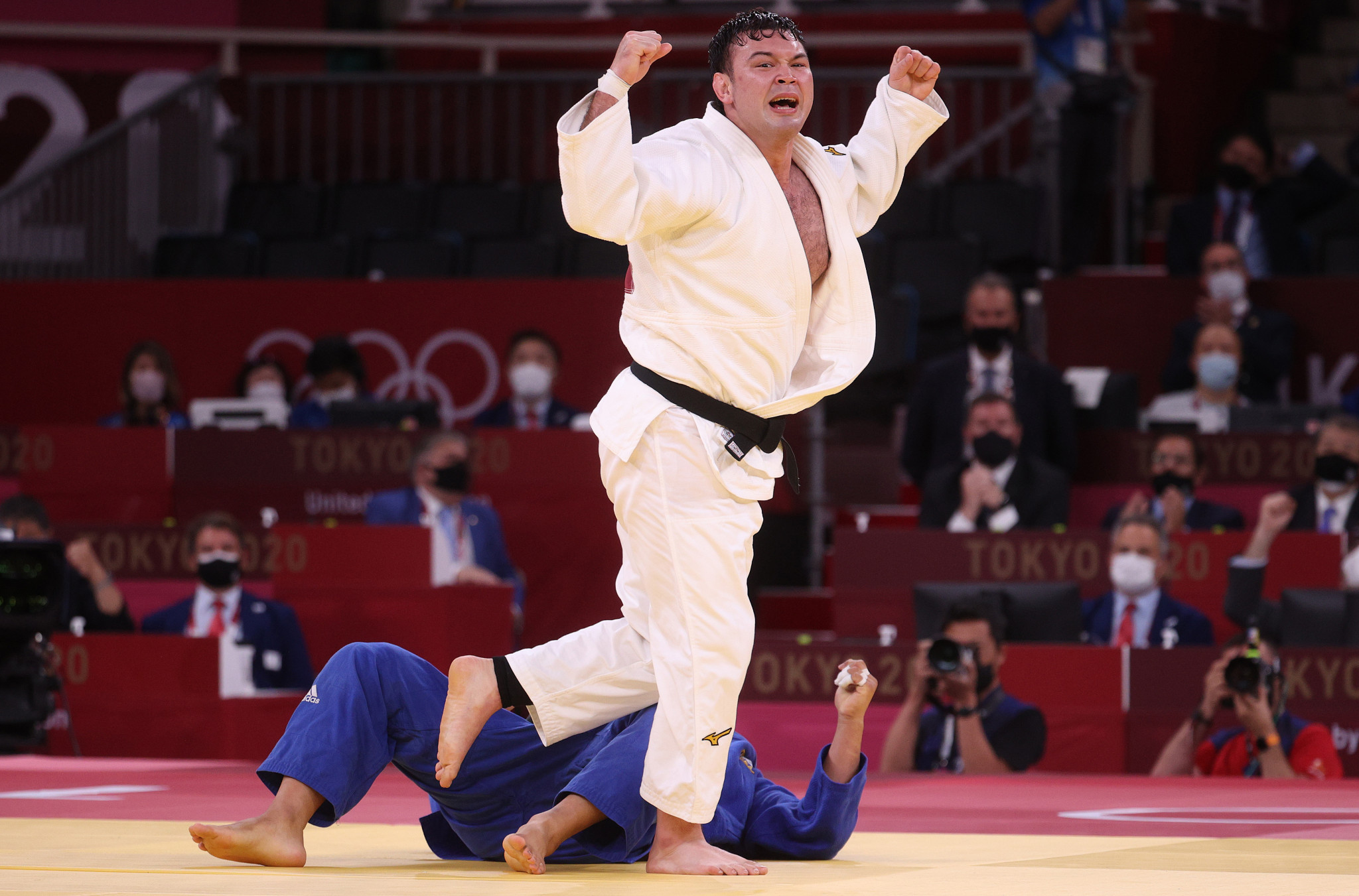 Japan has dominated the competition at the Nippon Budokan so far and increased its tally of gold medals to eight, with Wolf and Hamada the latest to top the podium.

Hamada produced a convincing performance to beat Madeleine Malonga of France in the women’s under-78-kilogram final before Wolf emerged victorious from an epic men’s under-100kg showdown with Cho Gu-ham of South Korea.

Wolf, whose father is from the United States, secured Japan’s first Olympic gold in the division since Kosei Inoue triumphed at Sydney 2000 and the 25-year-old's victory will be long remembered among judo fans.

Lasting almost 10 minutes including more than five minutes of absorbing play in the golden-score period, Wolf clinched the win with a stunning ippon.

Cho put up a huge fight as he responded superbly to Wolf’s attacks for much of the contest.

Both fighters received two shidos, setting up a tense finale but they refused to hold back.

Cho managed to avoid falling onto his side early on in the golden-score period but eventually succumbed to Wolf’s pressure when he was slammed onto his back.

Wolf, a world champion in 2017, was unable to keep a lid on his emotions as he broke down in tears after clinching the gold medal.

Hamada of Japan also captured her first Olympic title but was calmness personified after toppling Malonga.

It was a battle between the top two fighters in the world in that category, but there was only one winner, with Hamada producing a clinical showing.

The 30-year-old took just over a minute to see off Malonga as she pinned her opponent to the ground for an ippon.

Malonga claimed silver at the World Championships last month and had to settle for second spot once again.

Both judokas picked up early penalties for not engaging in the fight, but when they did come together, Aguiar quickly overpowered her opponent.

After just 90 seconds, the two-time world champion, who won bronze at London 2012 and Rio 2016, pinned Yoon to the ground to secure the ippon.

Reigning world champion Jorge Fonseca of Portugal came through a tough battle against Shady El Nahas of Canada to clinch an Olympic bronze medal in the men's under-100kg category.

It was an emotional night with Fonseca and then Niiaz Iliasov of ROC shedding tears after winning their respective bronze medal bouts.

Iliasov and world number one Varlam Liparteliani of Georgia produced a tense encounter as the two fighters grappled for long periods unable to break each other's resistance.

The crucial moment came when Liparteliani was floored by Iliasov with 30 seconds left.

After a long review by the video referee Iliasov was awarded the point.

Iliasov picked up two shidos as Liparteliani tried to respond but it was too little too late for the Georgian.

Competition is due to continue tomorrow with the women's over-78kg and men's over-100kg categories.