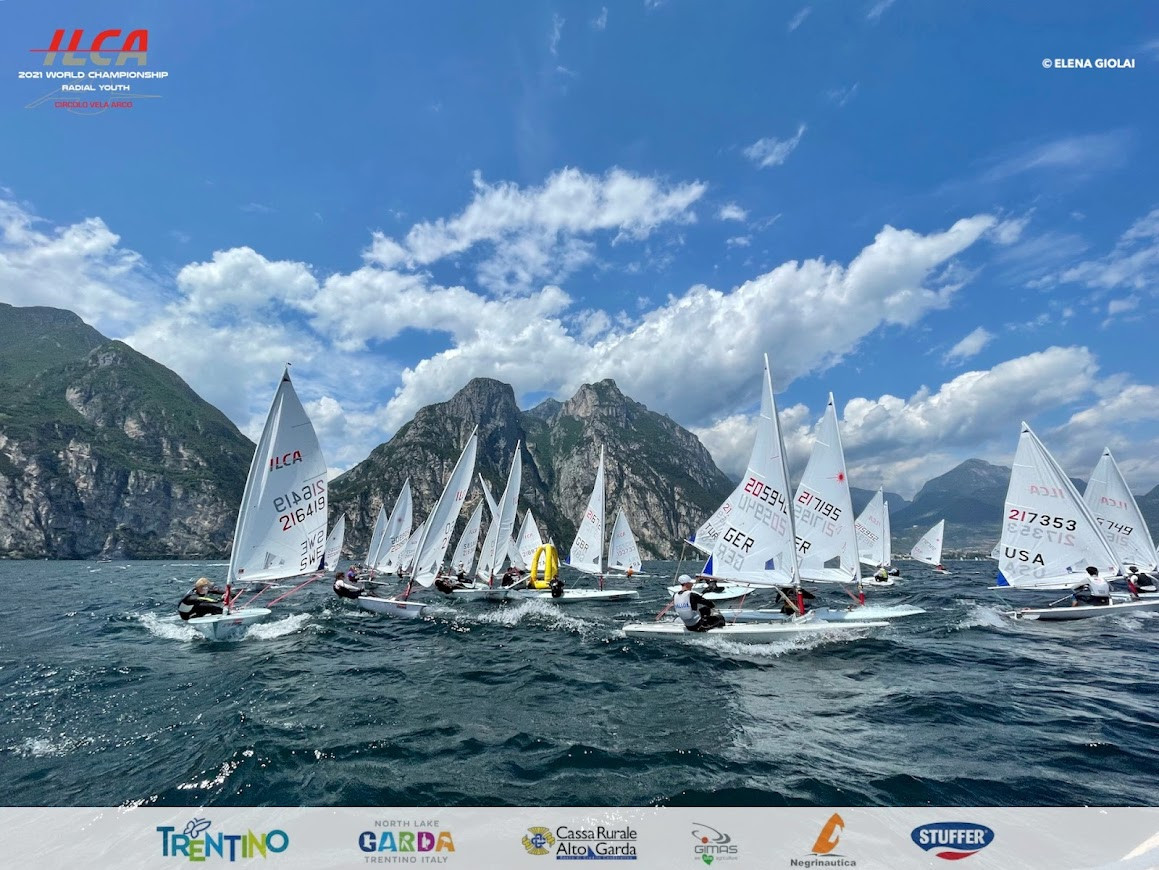 Competing in the girls' yellow fleet, McMahon won her first race of the day before finishing eighth in the second - a score which would be discounted.

McMahon was left with a net total of six points from five races at the Italian venue.

The Czech Alessia Palanti from the blue fleet finished on nine after five races, while Switzerland's Anja Von Allmen endured a tough day but ended it with a net 15 points, placing third in the overall standings.

There will be 55 sailors, including seven Italians, in the gold girls' fleet.

American Meek came second in both of the yellow fleet's races today, and his net total of six points was matched by Italian Mattia Cesana.

Cesana had a great day - placing first, first and second as the red fleet raced thrice to make up for yesterday's weather woes.

Israel's Yogev Alcalay and Ukraine's Oskar Madonich also qualified for the gold fleet with single-digit points totals - nine in both cases - and each won an individual race today.

American Chapman Petersen fell off the pace somewhat, finishing fifth and a discarded 10th in the two green contests, but Petersen's net total was an impressive 10 points.

There will be 67 sailors in the boys' gold fleet.

The ILCA 6 Youth World Championships are open to sailors who were 18 or younger on the registration day, July 23, but at least 15.

Three more days of racing is scheduled to crown the world champions.