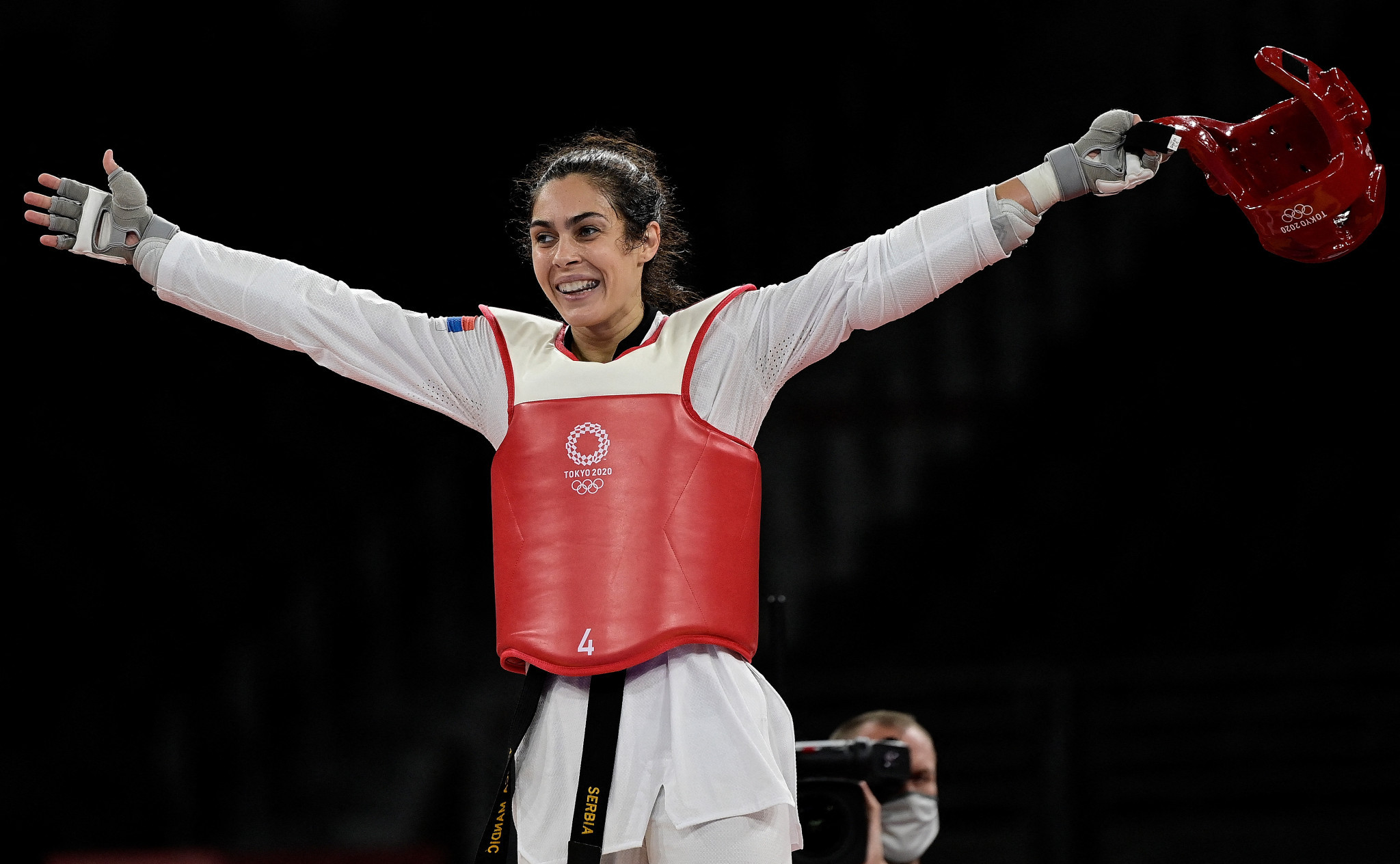 Serbia’s Milica Mandić secured Olympic taekwondo gold for the second time - nine years after winning her first - after seeing off South Korea’s Lee Da-bin, while there was more gold medal success for ROC at the Tokyo 2020 Games here.

Mandić, a gold medallist in the women’s over-67 kilogram class at London 2012, reclaimed her crown with a 10-7 victory over South Korea's Lee Da-bin at the Makuhari Messe Hall A.

The Serbian is now the reigning world and Olympic champion and a two-times winner of the European Championships.

Lee stunned top seed Bianca Walkden of Britain in the semi-finals but was unable to repeat her late brilliance this evening.

Mandić established an early 5-0 lead with a strike to the head and trunk and continued to control proceedings.

Lee drew level at 6-6 with 40 seconds left, but a punch and a kick to the body proved to be decisive for Mandić, who burst into tears on the podium after collecting her country’s first gold medal of Tokyo 2020.

Vladislav Larin provided further taekwondo joy for ROC with a 15-9 victory over Dejan Georgievski of North Macedonia in the men's over-80kg final.

Larin was awarded the first point with 80 seconds on the clock after Georgievski was penalised.

A punch saw Larin double his advantage before North Macedonia had a review rejected, leaving Georgievski trailing 2-0 at the end of the first round.

Georgievski drew level with a shot to the trunk, only for Larin to produce the same move twice in as many seconds to move 7-2 in front.

Georgievski pulled two within two points on three occasions, before Larin pulled away one final time with a kick to the head and a trunk, seeing out time with roaring delight.

With Tatiana Minina securing silver and Mikhail Artamonov claiming bronze, ROC finished the taekwondo competition at the top of the medal table.

The final day of action also saw Walkden overcome the disappointment of her semi-final defeat to beat Aleksandra Kowalczuk of Poland to clinch bronze in the women's over-67kg category.

The British star was agonisingly denied a place in the final after receiving a blow to the head in the closing second against Lee.

But the Rio 2016 bronze medallist responded superbly to claim another podium place with a 7-3 success.

France's Althea Laurin reeled off 17 points without reply in a stunning 17-8 victory over Aminata Charlène Traoré of Ivory Coast to clinch the other bronze.

The other bronze medal bout was also low scoring, with In Kyo-don of South Korea triumphing 5-4 against Konrad Trajkovič of Slovenia.