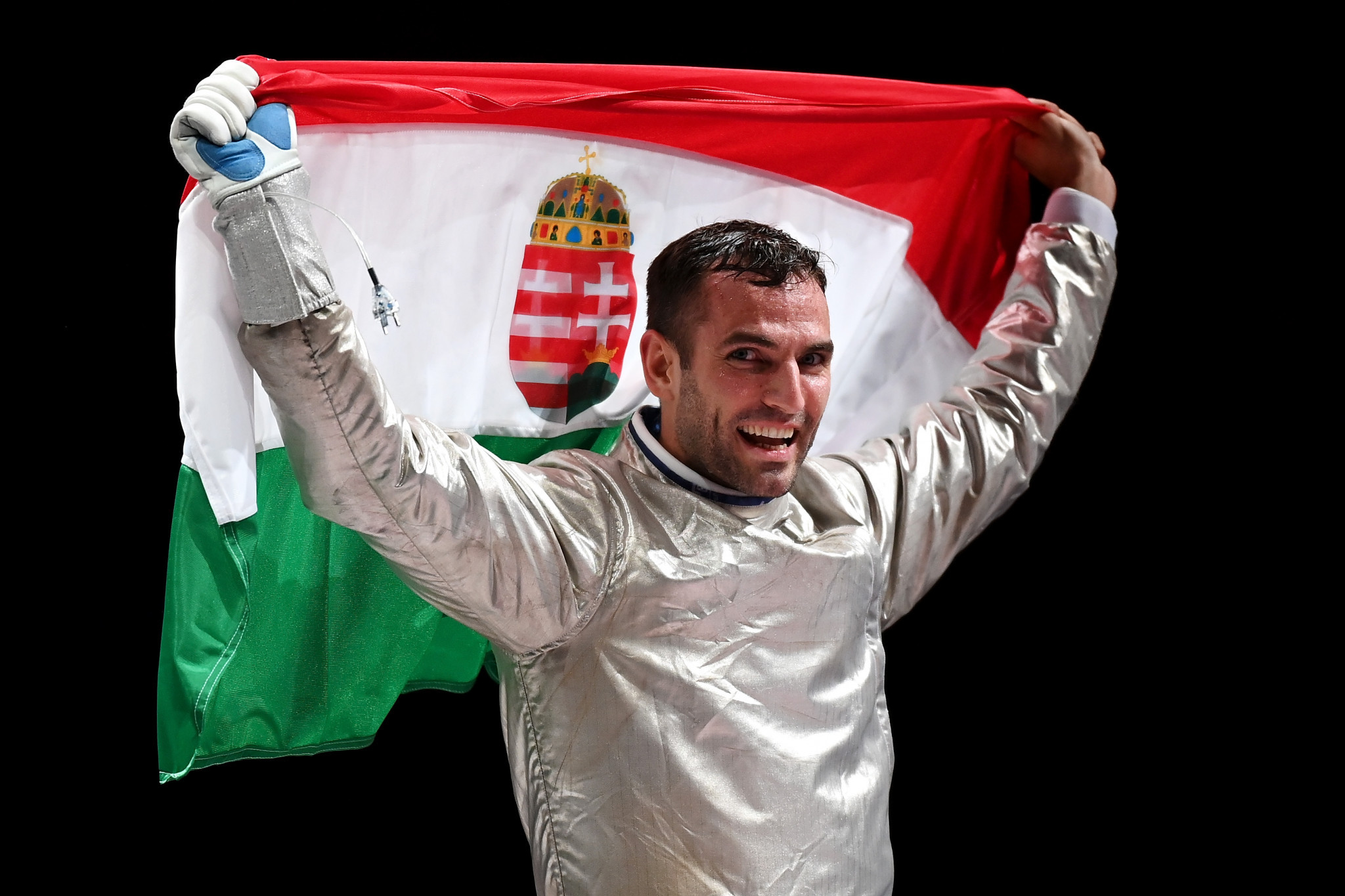 The Hungarian, a winner at London 2012 and Rio 2016, stamped his authority on the final before turning the screw in a clinical performance at the Makuhari Messe Hall B in Chiba.

Much of his work was done in the early stages of the bout as he won seven of the first eight points.

Trailing 8-5 at the end of the first period, Samele tried to find a way back into the match, but the Italian was coming up against a fencer in superb form as Szilágyi powered into a 12-5 lead.

The next two points went to Samele but Szilágyi proved too strong for his opponent as he sealed victory before saluting to his supporters.

Kim Jung-hwan of South Korea overcame a series of injury issues to beat Sandro Bazadze of Georgia 15-11 and retain the Olympic bronze medal in the men's sabre individual competition.

With the score locked at 11-11, Jung-hwan had to receive treatment after suffering a blow to his right leg.

Jung-hwan grabbed another point before going to the medic again to treat a wound to his head but managed to finish off his opponent.

There was drama in the women’s épée individual gold medal match as Sun stunned Romania’s world number one Ana Maria Popescu 11-10 in overtime.

Just one point separated the two fencers after the first two periods with Popescu leading 7-6.

Sun Yiwen soon got back on level terms and then went 8-7 ahead.

Popescu, a winner of the épée team gold medal at Rio 2016, searched for a response and got it, touching her opponent's leg with 90 seconds remaining.

Level at 8-8, the bout was on a knife-edge before Popescu was penalised to hand her Chinese opponent the lead.

The pair then picked up points as Sun looked set to win with three seconds left, only for Popescu to take the bout into overtime with a point at the death.

Sun then scored the match-winning point, ending a thrilling battle.

The first medal of the opening day of fencing action at this year’s Olympics went to Katrina Lehis of Estonia, who stormed to a 15-8 success against Aizanat Murtazaeva of ROC.

Lehis trailed 5-3 at one stage but put together a run of five straight points either side of the second and third periods to move out in front.

Competition is due to continue tomorrow with medals to be decided in the women’s foil individual and men’s épée competitions.