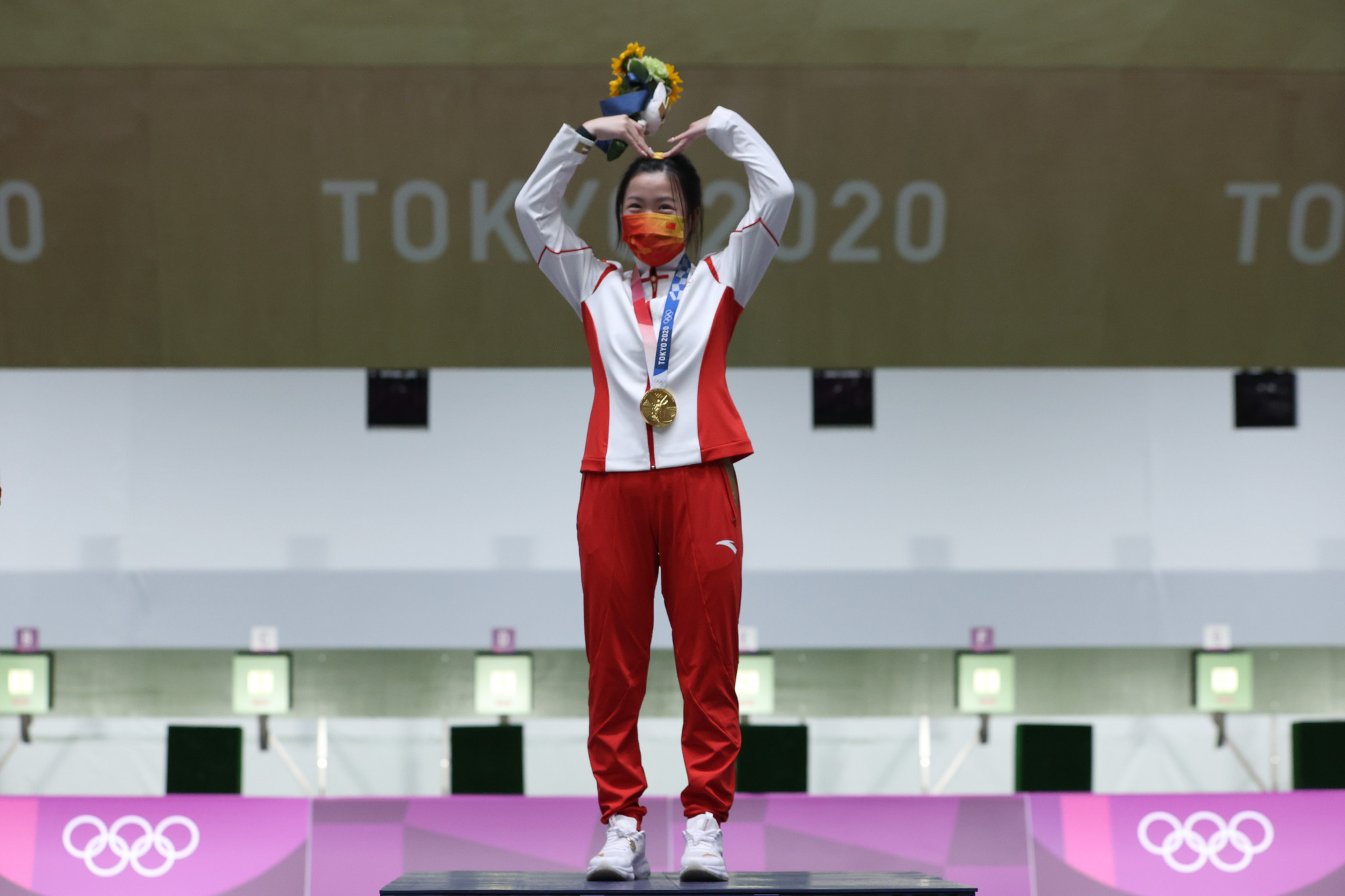 The 21-year-old rising star ended on an Olympic record score of 251.8 points at the Asaka Shooting Range, as she out-lasted all of her rivals in an eight-woman final.

With the lowest scoring shooter eliminated at the end of each round, Anastasiia Galashina of the Russian Olympic Committee was in pole position with just two shooters left.

But the 24-year-old fired in an 8.9 with one of her two shots - the worst of any shooter in the final - and slipped into silver medal position on 251.1.

Nina Christen of Switzerland won the bronze medal with a score of 230.6.

Norway's Jeanette Hegg Duestad had earlier topped qualification but had to make do with fourth place.

India's Elavenil Valarivan, the world number one and a big hope in her country, failed to qualify for the final after finishing 16th in qualifying.

Yang dedicated her win to the Chinese Communist Party which has marked its 100th anniversary.

"It's unbelievable that I can be here," she said.

"I was really nervous.

"The competition was really tight, but I'm so happy that I could win.

"I didn't care so much about the points, I just wanted to fix myself and fix my mood during the competition."

Galashina, competing under a neutral flag due to Russia's doping ban, said she would learn from the error which ultimately cost her the title.

"I had mixed feelings, joy and bitterness at the same time," she said of the final shot drama.

"But now I am happy.

"I made a mistake, nothing major.

"It will allow me to learn something, it's a lesson for the future.

"I got too nervous, held on too long.

"My thoughts were not in the right place.

"I lost concentration, the explanation is very simple."

In the men's 10m air pistol, Iran's Javad Foroughi won gold despite not taking up the sport until 2017.

Damir Mikec of Serbia was the silver medallist on 237.9 and bronze went to China's Wei Pang on 217.6

"I am a nurse and I work in the hospital, especially during the COVID pandemic," Foroughi said.

"My COVID test was positive last year because I work in the hospital and after recovering I started my training again for the Olympics.

"During preparations for the Olympics my test was positive again.

"As a nurse, I tell everyone if we follow the protocols, nobody will have COVID-19 and the whole world will be healthy.

"I tell all people, as a shooter and as a nurse, to support each other's health and I'm very happy that COVID-19 could not cancel the Olympics."