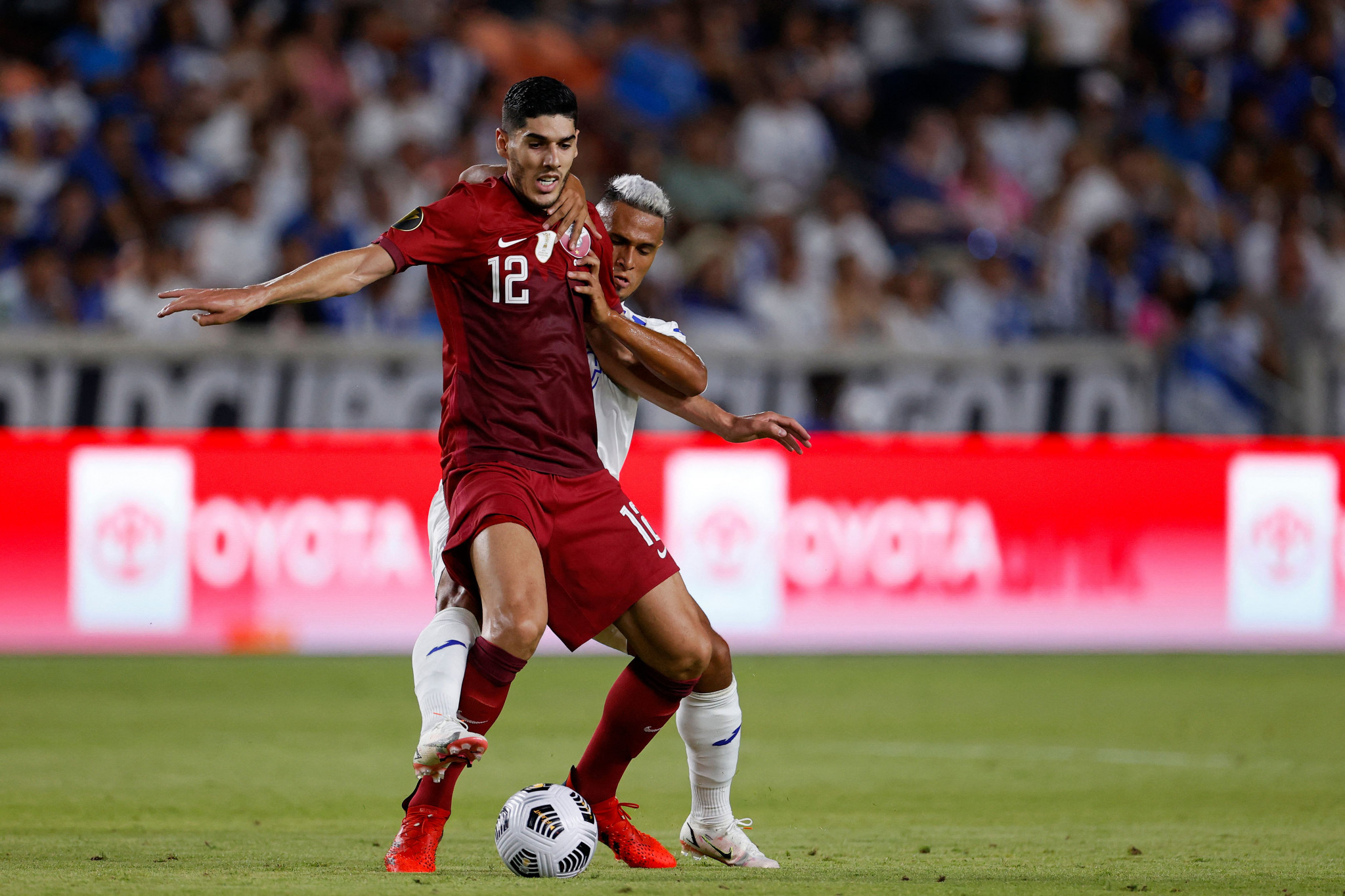 Qatar sealed their place in the quarter-finals of the Confederation of North, Central America and Caribbean Association Football Gold Cup with a 2-0 win over Honduras in Houston in the United States.

The Asian nation, who were invited to participate in the tournament as they prepare to host next year’s FIFA World Cup, leapfrogged Honduras at the top of Group D courtesy of goals from Homam Ahmed and Abdelaziz Hatim at the BBVA Stadium in the Texan city.

Needing a point to progress to the last eight, Qatar went ahead on 25 minutes when Ahmed netted.

Akram Afif saw his penalty saved by Honduras goalkeeper just before half-time before Luis Lopez Hatim sealed all three points when he struck deep into injury-time.

Earlier, in Group C in Houston, Suriname claimed their first-ever win at the Gold Cup with a 2-1 triumph against nine-man Guadeloupe in Houston.

Nigel Hasselbaink scored the winner with 11 minutes remaining to secure an historic victory for Suriname making only their second appearance in the tournament.

Gleofilo Vlijter grabbed Suriname’s opener in the 14th minute when he netted from a tight angle.

Guadeloupe drew level six minutes later thanks to Matthias Phaeton’s first-time low drive but then suffered a blow on the half-hour mark.

Kelly Irep was shown a straight red card after being ruled to have stamped on Vlijter.

Goalkeeper Kevin Ajax kept Guadeloupe in the match as he superbly tipped Dimitrie Apai’s effort onto the crossbar.

Moments later, Ajax came to the rescue again when he palmed over Ridgeciano Haps’ shot from distance in first-half injury-time.

But the pressure eventually told in the second half as Hasselbaink latched onto a through ball before finding the bottom corner.

Ajax made two more impressive saves, thwarting both Haps and Damil Dankerlui in the closing 10 minutes, but his efforts were in vain.

Guadeloupe picked up their second red card - and third of the tournament - when Thomas Pineau received a second yellow in stoppage time.

Costa Rica and Jamaica, who had already secured their place in the quarter-finals after back-to-back wins, took to the field only to be forced off after three minute due to lightning.

There was little separating the two sides when they returned to the pitch before Costa Rica's Bryan Ruiz opened the scoring on 53 minutes.

Costa Rica suffered a setback when Leonel Moreira was red carded on 72 minutes but they managed to hold out to secure a 1-0 victory which saw them clinch top spot in the Group.