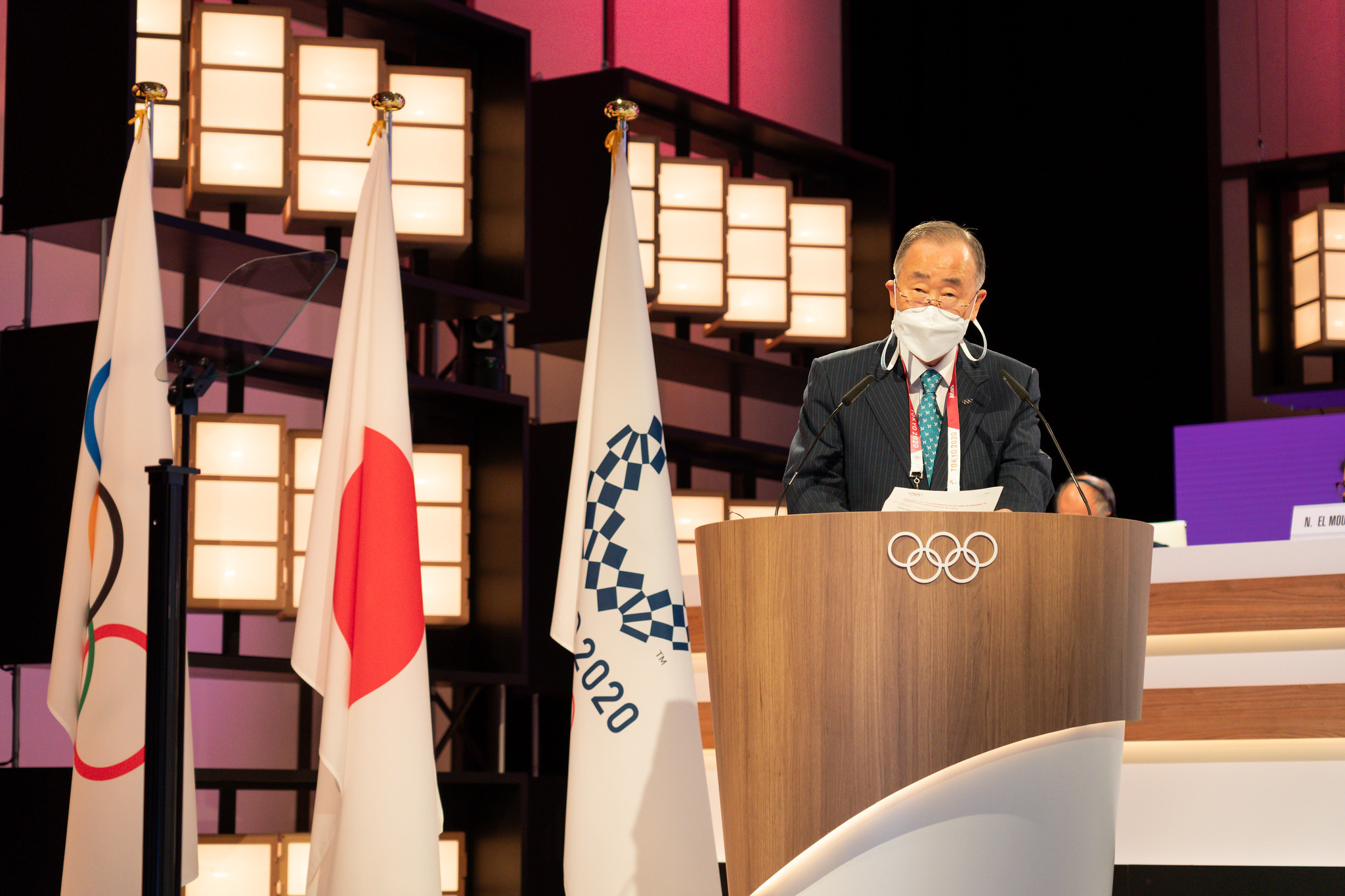 The South Korean official will serve another four-year term after receiving 70 of the 71 votes during the IOC Session at the organisation's five-star hotel in the Toranomon district of the city.

Ban, who served as secretary general of the UN from 2007 to 2016, was the only candidate for the role.

IOC spokesperson Mark Adams insisted there is no problem with the members electing the chairman of the Commission, even though Ban may end up investigating them if they fall foul of the organisation's ethics rules.

Adams said the IOC has been given the "highest benchmark of governance against the best corporate practice".

"I believe that the former secretary general of the UN is hopefully beyond being influenced by those who appointed him," Adams said.

Chinchilla, Costa Rican President from 2010 to 2014, was elected with 72 votes in favour and two against.

Xue Hanqin of China has been re-elected to serve another term on the Ethics Commission.

She received 65 votes, while three voted against.

There were no challengers for either position.

The Ethics Commission has not communicated any decision since clearing FIFA President Gianni Infantino of wrongdoing in February following claims he had breached the Olympic Charter.