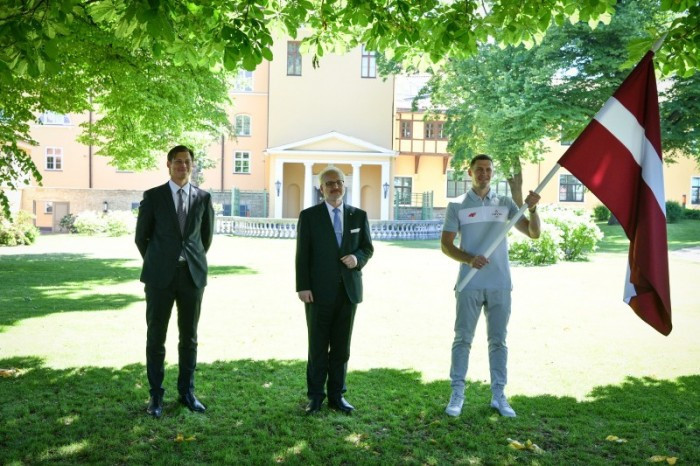 The pair will feature together at the Opening Ceremony here on July 23, after the International Olympic Committee (IOC) introduced a new rule encouraging countries to select one male and one female flagbearer.

Čavars' selection is notable for 3x3 basketball, which will make its debut on the Olympic programme in Tokyo.

"I knew the news a month ago because they congratulated me and told me that I was going to carry the flag," the 34-year-old said.

"It was an emotional moment, but I couldn't tell anyone.

"I kept the secret until today.

Twenty-four-year-old Ostapenko won the French Open in 2017 and also competed at the Rio 2016 Olympics.

She was Latvia's flagbearer at the 2014 Summer Youth Olympic Games in Nanjing, where she won a bronze medal in doubles alongside Akvilė Paražinskaitė.

"Jeļena Ostapenko, who with her perseverance and purposefulness, sometimes even in spite of it, has proven that Latvia has brilliant sports talents that inspire Latvian society to be proud of their country and its talents."

This was the first time the country drew a blank at the Summer Olympics since Barcelona 1992 when they competed independently for the first time following the break-up of the Soviet Union.