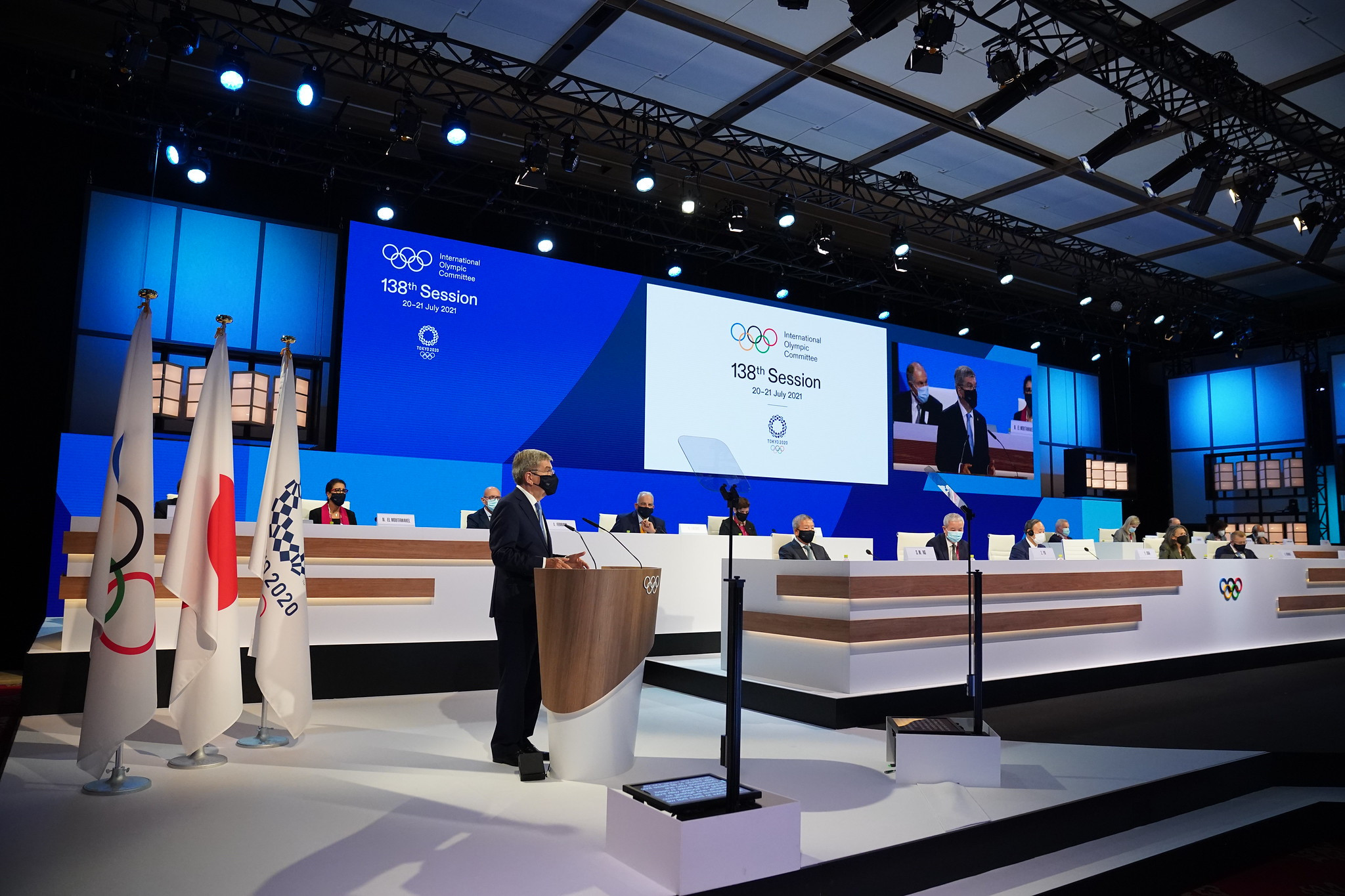 International Olympic Committee (IOC) President Thomas Bach lauded the "heroic" efforts of healthcare workers during the COVID-19 crisis at the first Session to be held in-person since the pandemic hit last March.

Bach described doctors, nurses and people in healthcare as "true champions" and said the IOC "can only be together today" because of their efforts.

The IOC President reiterated the organisation had serious doubts the delayed 2020 Olympic Games, which are due to open here on Friday (July 23), would go ahead.

He admitted the Olympic Games "could have fallen to pieces" if the IOC had admitted its concerns over the event in the Japanese capital, postponed to this year because of the global health crisis.

"When you look at this situation in hindsight today, it may appear like it was smooth sailing," Bach said during his speech to the IOC Session being held at the The Okura Tokyo, a luxury hotel in Tokyo's central Toranomon district.

"This is far from the truth.

"Over the past 15 months, we had to take daily decisions on very uncertain grounds.

"We had doubts every day.

"We deliberated and we discussed.

"There were sleepless nights.

"Some asked why we did not express these doubts.

"Some interpreted this even as a sign that we blindly forge ahead at any price.

"Our doubts could have become a self-fulfilling prophecy.

"The Olympic Games could have fallen to pieces.

"This is why, we had to keep these doubts to ourselves.

"This today I can admit and say it, it also weighed on us, it weighed on me.

"Imagine for a moment what it would have meant if the leader of the Olympic Movement, the IOC, would have added to the already many doubts surrounding the Olympic Games, if we would have poured fuel onto this fire."

The IOC and organisers have faced criticism over pressing ahead with the Games from a sceptical Japanese public, which has expressed concern the event will lead to a spread of COVID-19 infections in the host country.

There have so far been more than 70 cases of COVID-19 among people connected to the Games.

A rise in cases led to the Japanese Government banning spectators from attending Olympic events in Tokyo, and just 26 competition sessions at the Games will take place in front of fans.

Concerns had also been raised over Japan's low vaccination rate, but the country has stepped up its rollout in recent weeks.

In total 21.6 per cent of Japan have been fully vaccinated, while 57.9 per cent of elderly people have received both doses.

The IOC has claimed that more than 85 per cent of residents in the Olympic Village, where three athletes have so far tested positive for COVID-19, will have been vaccinated by the time the Games open.

"Vaccination has started and an exit is now in our sights," said Japanese Prime Minister Yoshihide Suga.

"In this context we are having this Games.

"We do not have spectators in many venues but billions around the world will be enthralled by these Games."

A total of 14 IOC members are not in attendance at the Session, being held with some joining the meeting virtually.

These include Sebastian Coe and Gianni Infantino, the respective Presidents of World Athletics and FIFA.