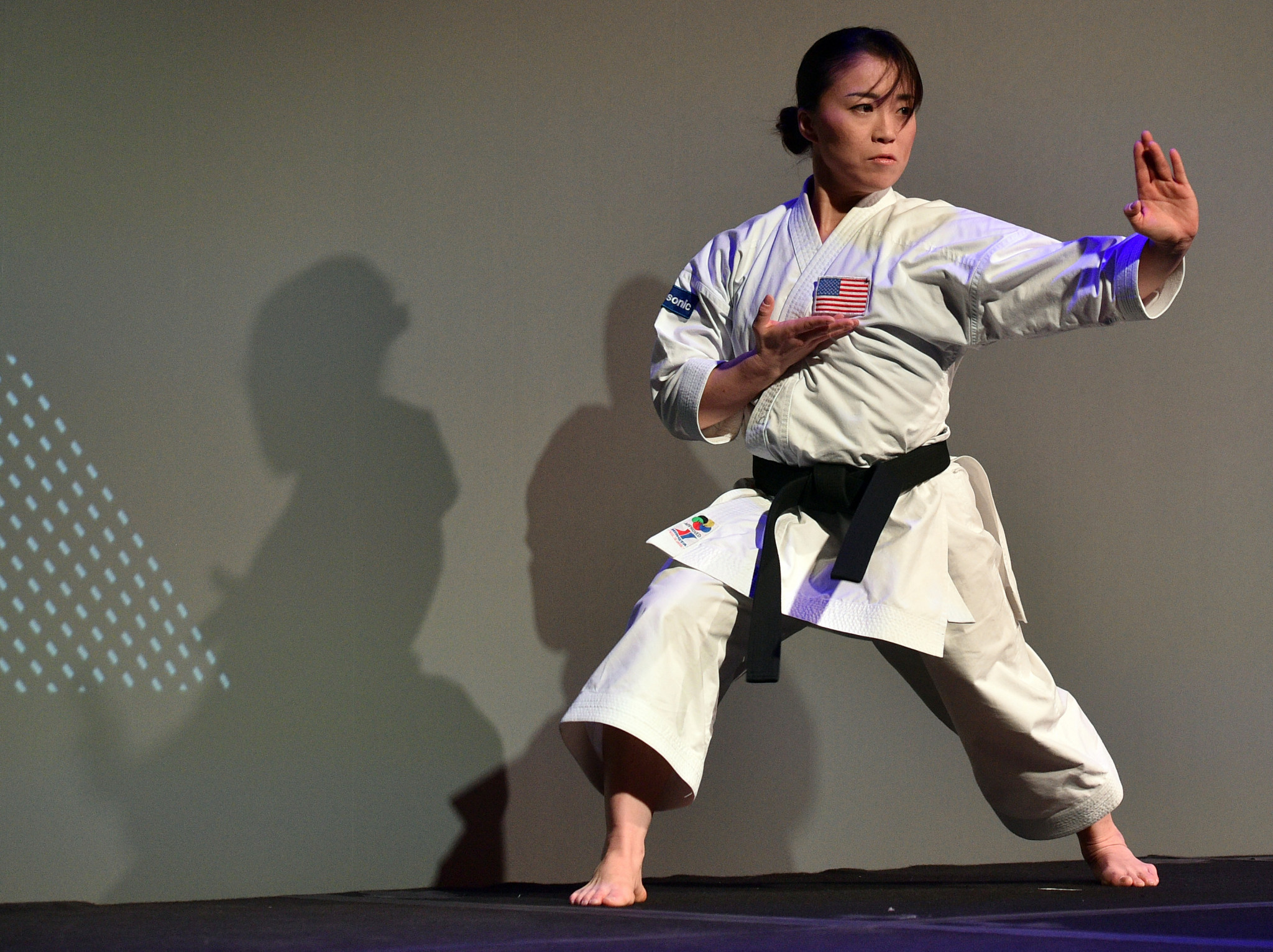 Michael Phelps - the most decorated Olympian in history, with 23 gold medals - is among the Team Panasonic members to feature.

Fellow American swimmer Katie Ledecky, a five-time Olympic champion who is due to compete in the Japanese capital this month, and karateka Sakura Kokumai have also taken part.

The videos, published on the Panasonic North America YouTube channel, juxtapose the comments of the past and present Olympians with commentary from child athletes they have inspired.

"When I hear the word 'champion' I think back to the goals I set as a kid," Phelps, who won 28 Olympic medals in total, says at the beginning of his video.

"It's really powerful when you see a kid putting his or her mind to something - there's nothing better."

Kokumai discusses preparing for karate's Olympic debut and how patience has been key in perfecting kata routines, while Ledecky takes pride in "making a difference" by capturing the attention of a future generation of swimmers.

Pan American Games champion Kokumai led 30-minute training sessions on Instagram last year when the COVID-19 pandemic confined much of the world's population to their homes, with the series receiving support from Panasonic.

"Karate teaches discipline, patience, respect, and that goes outside of the dojo.

"If you are really willing to do the hard work and you love something you can literally pursue any dream you want."

Four-time Paralympic long jump silver medallist Lex Gillette is the fourth member of Team Panasonic from the continent, with a video profiling the 36-year-old to be published soon.

Panasonic's first Olympic involvement was at the 1984 Games in Los Angeles, where it supplied a sound system and video display for the main stadium.

It joined the flagship The Olympic Partner (TOP) worldwide sponsorship scheme at the outset in 1987, and the electronics corporation been a TOP sponsor ever since.

Panasonic's headquarters are in Osaka in Japan, and it is also a Gold Partner for the Tokyo 2020 Paralympics.