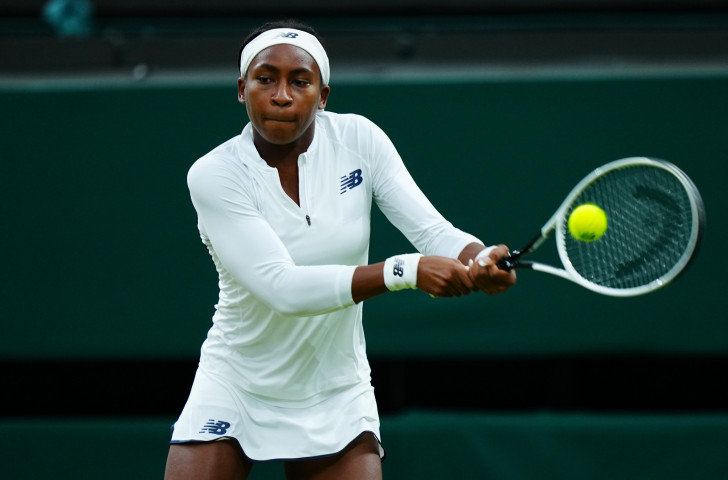 Coco Gauff has pulled out of the Tokyo 2020 Olympics after testing positive for COVID-19.

Gauff reached the fourth round of Wimbledon and the quarter-finals of the French Open in recent months, and had been the headline name in the four-strong American team for the women's singles tennis.

Italy's men's Wimbledon runner-up Matteo Berrettini has also withdrawn from the Olympics due to a thigh injury.

"I am so disappointed to share the news that I have tested positive for COVID and won't be able to play at the Olympic Games in Tokyo", the 17-year-old Gauff wrote on Twitter.

"It has always been a dream of mine to represent the USA at the Olympics, and I hope there will be many more chances for me to make this dream come true in the future.

"I want to wish TEAM USA the best of luck and a safe games for every Olympian and the entire Olympic family."

Gauff is the latest big-name Olympic drop-out from the United States' tennis line-up.

On the women’s side, both Serena Williams and Sofia Kenin declined their invitations to the Games while the top three men’s players, John Isner, Reilly Opelka and Taylor Fritz, all opted out.

Jennifer Brady, Jessica Pegula and Alison Riske are the remaining women set to represent the US in singles.

Shelby Rogers could be joining them, as she was the highest-ranked American not to qualify but was in the top 60 when the rankings shut.

Tommy Paul, Frances Tiafoe, Tennys Sandgren and Marcos Giron will represent on the men's side.

Ram won a mixed doubles silver medal at Rio 2016 in an all-American final.

The tennis tournaments at the 2020 Olympic Games begin on July 24 at Ariake Tennis Park.

Twenty-five-year-old Berrettini, the world number eight, reached his first Grand Slam final at Wimbledon this month but was beaten by Serbia's Novak Djokovic.

"Representing Italy is the biggest honour for me so it is devastating to miss the Olympics," Berrettini said.

"I wish the entire Italian team the best of luck in Tokyo.

"I will be supporting you all the way."