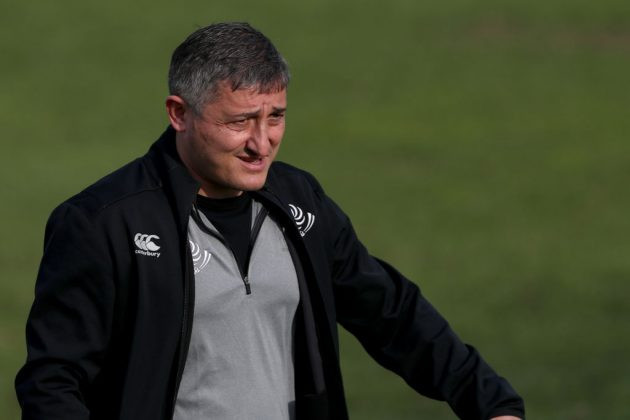 Georgia's head rugby coach Levan Maisashvili is in hospital after suffering "serious lung damage" from COVID-19 during the team’s tour of South Africa.

According to the Associated Press, Georgia Rugby Union said that Maisashvili had been placed on a ventilator.

"Everything is being done to improve Levan Maisashvili’s condition", they said in a statement.

They revealed that he is receiving care in "one of South Africa’s top-level clinics, which is equipped with the most-up-to-date medical equipment".

The Union’s spokeswoman Tatia Beriashvili told the Associated Press that Maisashvili had not been vaccinated against COVID-19.

Georgia had travelled to South Africa as part of a two-test series to aid the Springboks’ preparations for the British and Irish Lions tour, which is due to begin on Saturday (July 24).

A total of five players from the Georgian touring party also tested positive for COVID-19 after losing 40-9 in the first test in Pretoria on July 2.

The second test was cancelled with both camps suffering COVID-19 outbreaks.

Georgia’s scheduled test against Scotland in Tbilisi yesterday was also called off.

The five players who tested positive were due to return to Georgia today, while the remaining members of the team had already returned home.