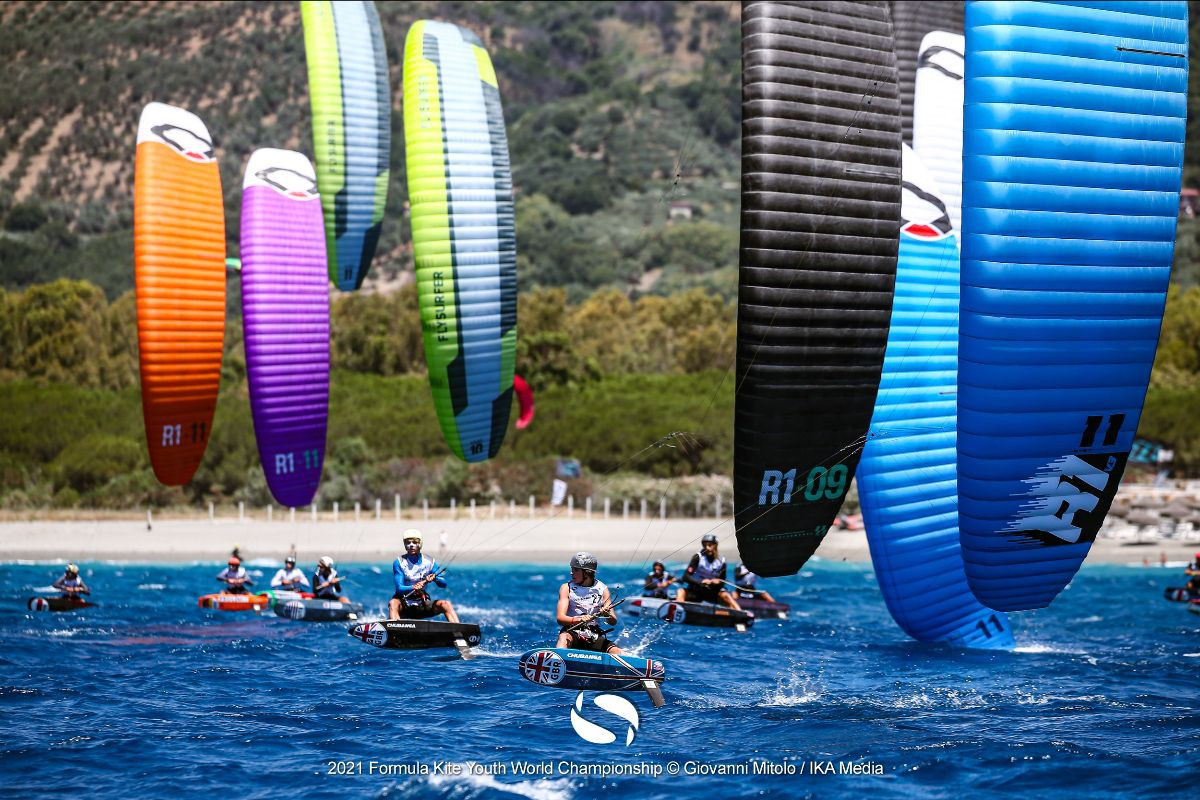 Singapore's Maximilian Maeder won all four of his races today at the Formula Kite Under-19 World Championships at Hang Loose Beach to extend his lead in the men's standings.

Maeder now sits on the minimum number of points available, nine, to extend his lead to seven points at the venue in southern Italy.

The Netherlands' Jis van Hees remains third, now on a net total of 27.

The top three shared the podium twice - in races nine and 12 - while Maeder and Pianosi also enjoyed a one-two in the 11th, when Van Hees was fourth.

The 10th race was the where Maeder really extended his advantage, as Pianosi and Van Hees discarded their fourth- and 11th-place finishes.

Poland have maintained a one-two-three in the women's regatta, led by Julia Damasiewicz who won two of the four races today and also sits on the minimum net total of nine points.

In race nine, Damasiewicz crossed the line first ahead of compatriot and Nina Arcisz - who is third overall - Heloise Pegourie of France in third.

In races 10 and 11, the dominant leader discarded two third-place finishes.

Arcisz won race 10, with Woyciechowska and Damasiewicz in second and third, before Arcisz and Woyciechowska swapped places in the 11th.

Woyciechowska sits second on 16 points, Arcisz on 23 in third, Pegourie is fourth on 40 and Zoe Boutang of France is fifth on a net total of 52 points.

In the mixed under-17 A's Youth Foil World Championship, Jan Koszowski of Poland remains in the lead by a single point after failing to win any of the four races today.

He sits on a net total of 12 ahead of Russian Mikhail Novikov on 13, who finished first in each of today's races.

Angelo Soli of Italy made the top three on three occasions today and remains in third on a net 22 points.