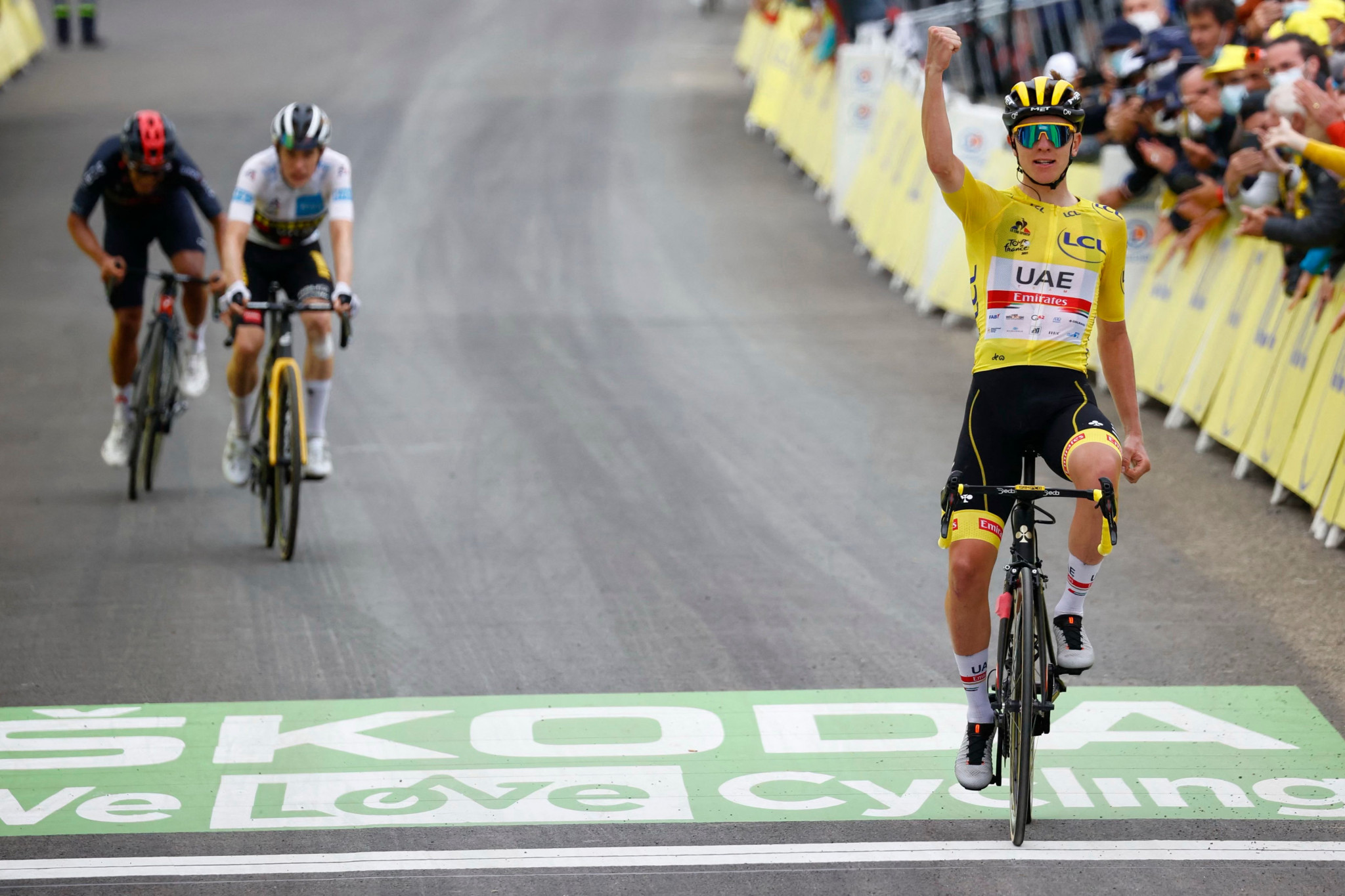 Tadej Pogačar of UAE Team Emirates moved a significant step closer to the retention of his Tour de France title today as he secured a second successive stage win, and his third of this year's race overall.

The 22-year-old Slovenian accelerated clear on the summit finish on stage 18 at Luz Ardiden to extend his general classification lead to 5min 45sec.

Given that Pogačar is favoured to win Saturday’s (July 17) time trial, the penultimate stage of the race, and no more mountain stages remain, his hold on the yellow jersey appears to be secure.

Entry into Paris on the final day could be a matter of multiple triumph for Pogačar, whose victory today saw him take over from Wout Poels as King of the Mountains and the white jersey, for the best rider under 25, is also surely vouchsafed.

That would see Pogačar match his achievement of last year.

The other available jersey - the sprinters' green - still looks Britain's Mark Cavendish's to lose, as he crossed the finish line more than 32 minutes after Pogačar but well inside the cut-off time for the day.

?? @TamauPogi tightened his already firm grip on the ? with another strong performance as he claimed his 3rd stage on the #TDF2021! ?

The Slovenian leads the general classification by 5min 45sec from Vingegaard, with Carapaz at 5:51, Australian Ben O'Connor of AG2R-Citroën 8:18 behind, Wilco Kelderman of The Netherlands and Bora-Hansgrohe at 8:50 and Mas 10:11 off the leader.

"After yesterday, I felt really good and I'm really happy with the win.

"There's still three days to go so you never know, but it looks good.

"It was super hard.

"Already on the [Col du] Tourmalet the pace was such that you just sit in the wheel and forget about everything and then on the last climb, that was the maximum."

Asked if he should be worried about the time trial still to come, Pogačar queried: "Why should I be worried?

"You can lose six minutes in a time trial.

"It's happened before, but I'm pretty confident."

Stage 19 tomorrow consists of a flat 207km run from Mourenx to Libourne, from where Saturday’s 30.8km time trial will start, ending at Saint-Emilion.

The final ceremonial stage will involve a 108.4km run from Chatou to the Champs-Élysées in Paris.