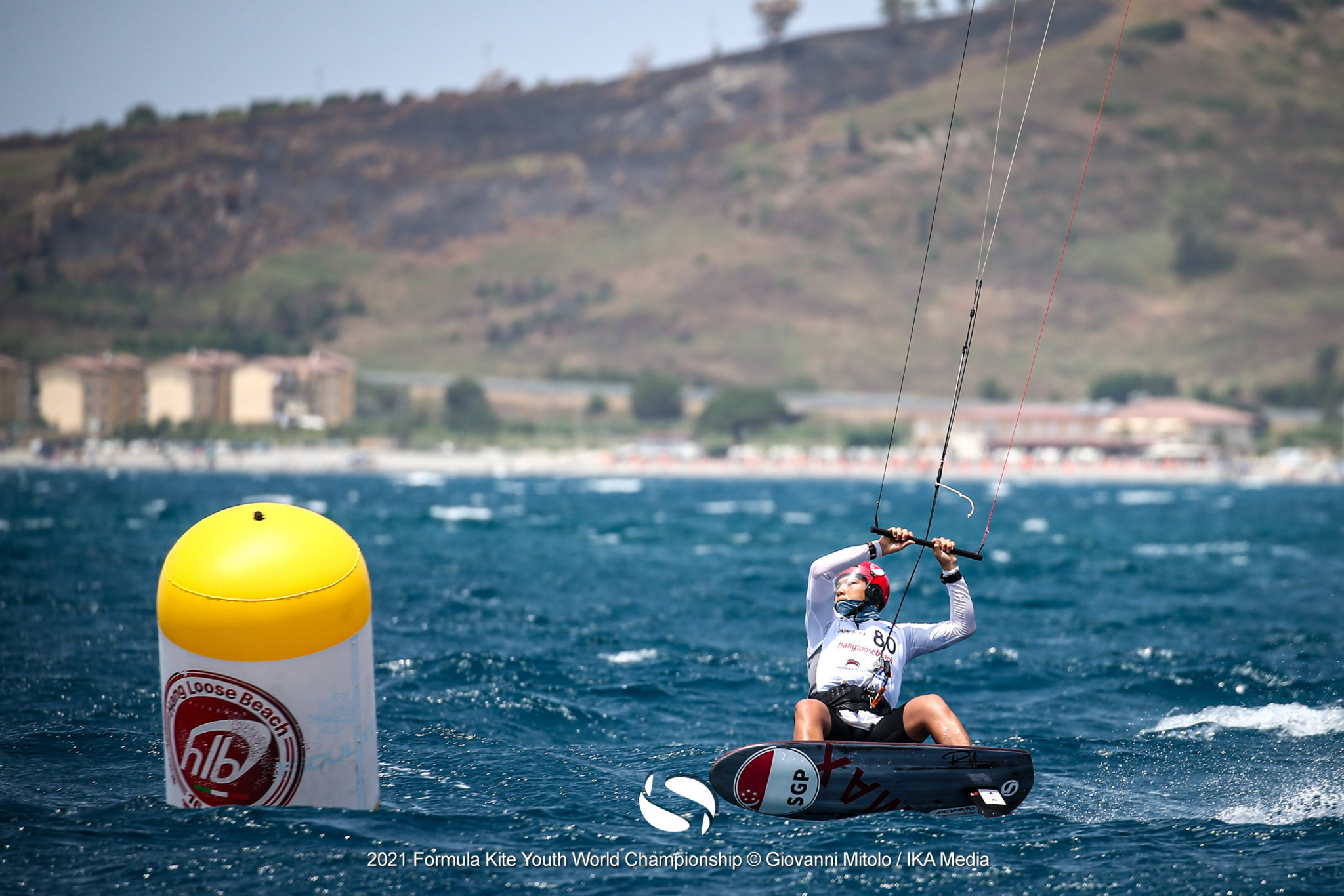 Julia Damasiewicz and Maximilian Maeder have maintained their dominant starts to the Formula Kite Under-19 World Championships off the Gizzeria coast in southern Italy.

Poland's Damasiewicz, who like Maeder had won all four of the opening day’s races at Calabria’s Hang Loose Beach, won three out of four on day two, and finished second in the other.

After discarding her second place, and her opening win, Damasiewicz leads the women's event with a net total of six points from compatriot Magdalena Woyciechowska, who has 11 points after discarding third- and fourth-place finishes, with a third Polish sailor, Nina Arcisz, one place behind on 18.

Having won all four of his opening races, Maeder won two out of four today, discarding sixth- and second-place results.

Jis Van Hees of The Netherlands has moved into third position on 17 points at the expense of Polish athlete Jakub Jurkowski, now fourth on 21.

Mikhail Novikov of Russia is second on 11 points, with Italy’s Angelo Soli third on 14.

The highest-placed competitor in the under-15 section is Enzo Louber of France, who is eighth on 44 points.

The event’s opening series will be followed by a medal series for which the top 14 kiteboarders in each class qualify, with finals taking place on Sunday (July 18).

Formula Kite will be on the Olympic programme at Paris 2024.