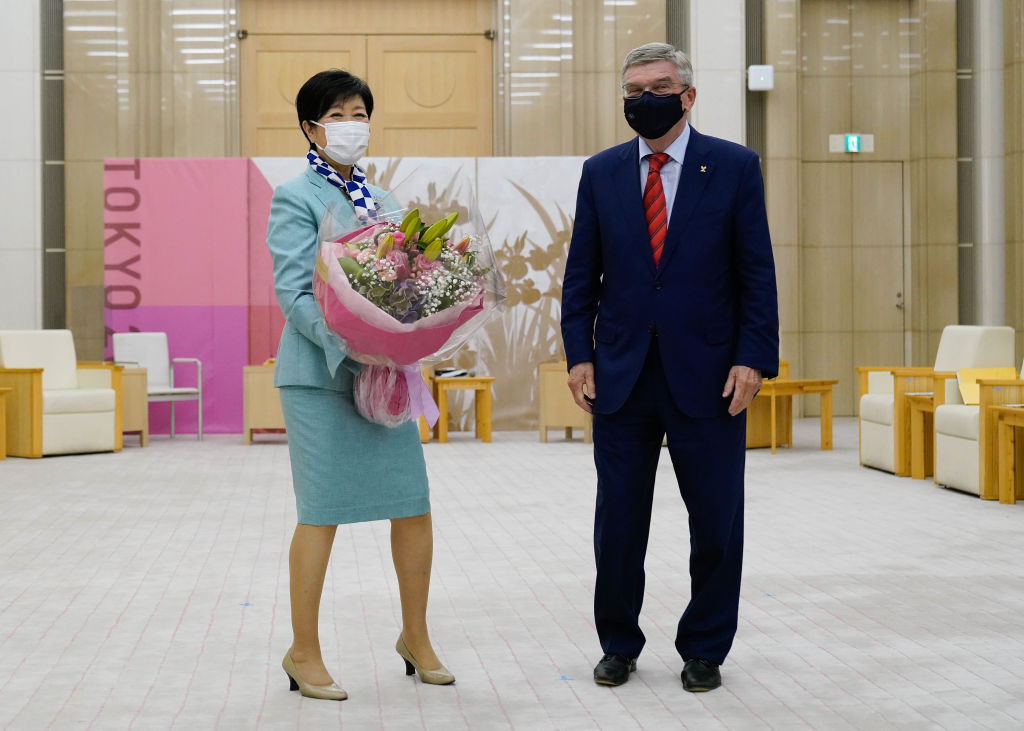 Only fully-vaccinated International Olympic Committee (IOC) members will be able to present medals to athletes at the delayed Tokyo 2020 Olympic Games as part of COVID-19 countermeasures in place at the event.

IOC President Thomas Bach made the revelation prior to a meeting with Tokyo Governor Yuriko Koike today, before the organisation later confirmed the "significant change" in a statement.

Bach yesterday said athletes would put their own medals around their necks during the ceremonies at Tokyo 2020 to limit the risk of spreading the COVID-19 virus.

The medal presenters, typically members of the IOC or other guests, will be required to wear disinfected gloves.

One IOC member and one International Federation representative will be present at each event, while athletes will stay on their own podium module during the entire duration of the ceremony.

Bach said today that he had been fully vaccinated and was being tested daily, while claiming close to 100 per cent of the IOC membership and staff had also been double-jabbed.

His meeting with Koike came as Tokyo reported 1,308 new COVID-19 cases, the highest daily total in the Olympic and Paralympic host city for six months - eight days before the Games are due to open.

COVID-19 concerns have dominated the build-up to the event, and several teams have already been affected by positive cases upon their arrival here.

Bach claimed the rules outlined in the playbook - which the IOC and Tokyo 2020 hope will ensure the Games are "safe and secure" - were "working" and "are being enforced".

"They [people in the Olympic Village] know it is in their own interest to be safe," Bach told Koike.

Bach used much of his message to Koike as an attempt to win over a Japanese public which has been critical of him and the IOC following the decision to press ahead with staging the Games during a pandemic.

He claimed the Olympic Games would be the "most restrictive sports event ever" as the IOC and organisers "wanted to avoid any kind of risk for the people of Tokyo and the people of Japan".

"These Olympics will be a historic for another reason, and they will be the most followed Olympic Games ever," Bach said.

"The expectations are higher than ever before at an Olympic Games.

"This is a great moment for Tokyo and also for Japan, because billions of people worldwide will be glued to their screen and will greatly admire, and be grateful, to the people of Tokyo and people of Japan for what they have achieved under these very difficult circumstances."

Koike, who had been critical of the IOC following the decision to move the Olympic marathon and race walk events from Tokyo to Sapporo because of concerns over high temperatures in the capital, said she "hopes everyone will abide by the rules" that are being implemented at the Games.

A fourth state of emergency came into force in Tokyo this week in response to a rising number of COVID-19 cases, leading to the decision to ban spectators from almost every Olympic venue.

The Tokyo 2020 Olympics, pushed back to this year because of the coronavirus pandemic, are due to open on July 23 and close on August 8.