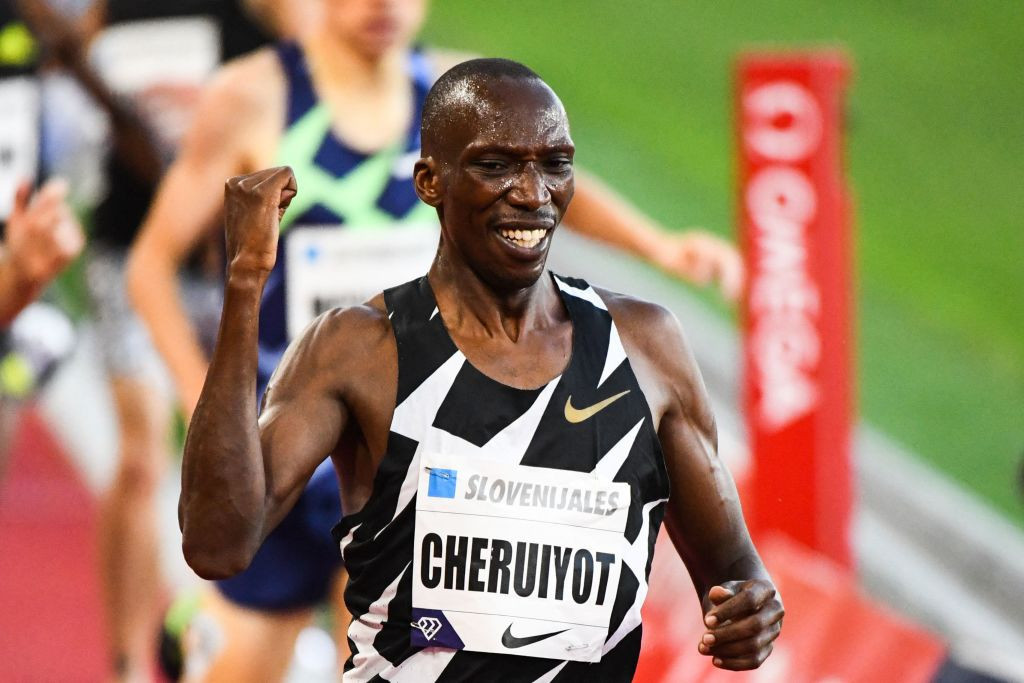 World 1500 metres champion Timothy Cheruiyot, left out of the Kenyan Olympic team after finishing outside the top three qualifying places at last month’s trials, has been added to the squad for Tokyo 2020.

Cheruiyot, pictured limping away from the trials with a hamstring injury, won the Wanda Diamond League meeting in Monaco last Friday (July 9) in a personal best of 3min 28.28sec, the fastest time run since 2015 and seventh best ever.

The 25-year-old from Bomet expressed hopes after his win that he would be able try to add the Olympic gold medal to his world title and he is now due to do that against a field that will include his perennial 20-year-old Norwegian rival Jakob Ingebrigtsen, European record holder with 3:28.68.

"I am thrilled to be part of the Kenyan Olympic team," Cheruiyot, now the favourite for gold, told Agence-France Presse.

"I am in better shape than I was during the trials and I promise to deliver a medal for Kenya in Tokyo."

Cheruiyot’s addition has been made possible by the ineligibility of the relatively unknown 18-year-old who finished second at the trials, Kamar Etyang.

He has had to be removed from the team because he does not have the minimum number of three out-of-competition tests that Kenyan athletes must fulfil in the 10 months before any major championship following the country’s placement in category A of the World Athletics and World Anti-Doping Agency watchlist.

"It’s really unfortunate that Etyang had to be dropped due to the AIU rules which require one to be tested three times out of competition," Korir said.

"We have explained this to the athlete and he has understood the situation we are in."

He added that the AIU were unable to make exceptions to the ruling.

"We were in the same situation in 2019 when two athletes Michael Kibet and Daniel Simiu were dropped from the team that was heading to the World Championships [in Doha]," Korir said.

"This is because Kenya is in category A and we need to strictly follow the rules so that we can get out of the woods in future."

Cheruiyot had made it clear after his Monaco victory that he was hopeful of being in the team for Tokyo 2020.

"I missed competition a lot after spending a lot of time in Kenya where I had a few issues like my hamstring injury and after also losing a relative in my family on the day of the Kenyan trials explaining why I missed out on making the team," he said.

"I am therefore happy I am back again after all this.

"Hopefully that will be the deciding performance to make the team for Tokyo.

"My hope now is to be in another Olympics, that is where my mindset is and I will be very happy if I achieve that."

World 1500M World Champion, Timothy Cheruiyot limping off to the medical tent. He finished 4th at the trials. The first two athletes across male the team while the 3rd athlete will be picked by a panel of selectors..#Tokyo2020 pic.twitter.com/qbjq7C0cuU

Ingebrigtsen, reportedly unable to train for the preceding fortnight because of a bacterial infection, finished second, with Spain’s Mohamed Katir setting a national record of 3:28.76 in second place.

Three other athletes originally named for the Kenyan team for Tokyo have been dropped - racewalkers Samuel Gathimba and Emily Ngii and 400m hurdler Moitalel Mpoke.

Kenya will send 40 athletes, mainly runners, to Tokyo 2020, which are due to open on July 23 with the athletics programme running from July 30 to August 8.