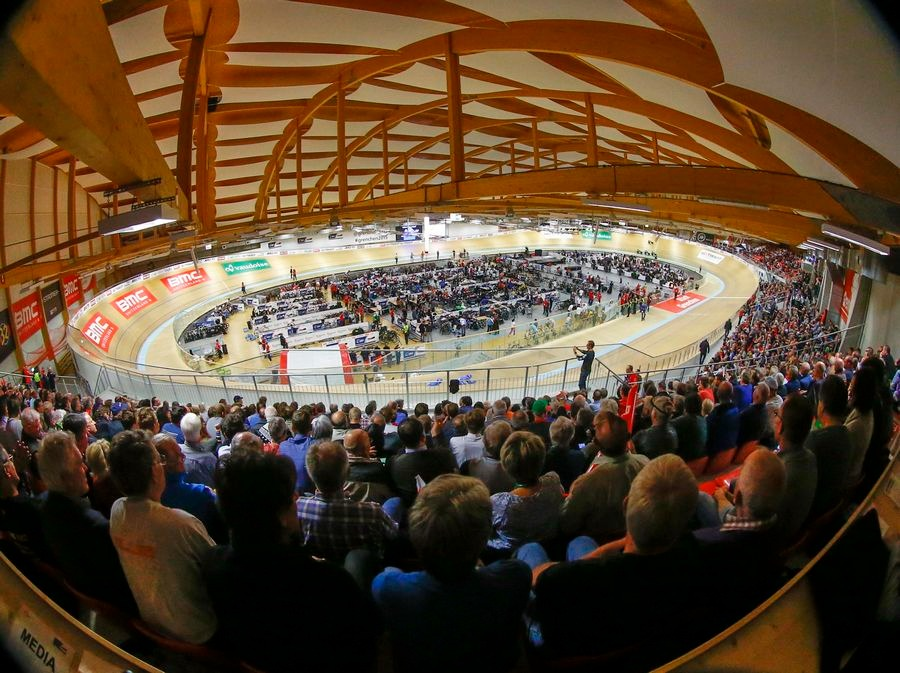 Grenchen has been announced as the venue for the 2021 European Cycling Union (UEC) Elite Track European Championships, with the Swiss venue replacing Minsk.

Minsk had been due to host the event from June 23 to 27, but was stripped of hosting rights in May.

The UEC had faced mounting pressure in recent months to move the event from Belarus' capital over human rights concerns, following a Government crackdown on protests following last year's controversial re-election of Alexander Lukashenko as President.

A decision was eventually taken to remove the event from Belarus following international criticism of the country after it forced a flight bound for Lithuania to land in order to arrest journalist Roman Protasevich.

The governing body has now confirmed Grenchen as hosts, with the rescheduled event due to take place from October 5 to 9 at the Swiss Velodrome.

Grenchen previously hosted the event back in 2015.

More than 300 riders from 25 countries are expected to compete during five days of the racing.

The Italian official also reserved praise for Lithuania, whose President Ingrida Šimonytė offered to host the European Championships after the event was removed from Belarus.

Lithuania had been one of the nations to have been most vocal in pushing for the event to be stripped from Minsk.

A UEC delegation met with Šimonytė earlier this month, with the organisation expressing optimism over potential opportunities  for cycling events in the future.

"We are very pleased to return to Grenchen with one of the most important events on our calendar and will do so with great enthusiasm," Della Casa said.

"Over the last few weeks we have had various contact with certain National Federations to move the Championships, especially Lithuania who expressed an interest and above all a great potential for developing track cycling above and beyond.

"I would therefore like to thank the Prime Minister, Ingrida Šimonytė, the Sports Minister, Jurgita Šiugždinienė, and her Deputy, Linas Obcarskase, the President of the Lithuanian Cycling Federation, Darius Levickis, and the general secretary, Stasys Petrauskas.

"Together, we have launched a major project which could make Lithuania the main feature in a series of European events and initiatives in the near future.

"We will experience a unique and exciting event and I would like to thank the Canton of Solothurn and the town of Grenchen.

"Above all thank you to Swiss Cycling, a Federation that was especially active last year, in a difficult situation during the health crisis and who successfully supported the organisation of the 2020 Mountain Bike European Championships in Monte Tamaro.

"Together with the Swiss Cycling Management, the co-Presidents Franz Gallati and Patrick Hunger and the director general, Thomas Peter, we have a strong relationship built on mutual respect and trust which will help us greatly with the success of future events.

"Special thanks to the Swiss Velodrome facility, managed by Peter Wirz and Juan Espasandin, for the enthusiastic welcome we always receive and who, with a confirmed and well-known track record in organising, will take care of all aspects of the Championships in one of the best venues in Europe, and not just for track cycling."

Wirz and Espasandin have welcomed the opportunity for the Tissot Velodrome to host the European Championships.

"We are extremely happy and proud to have the opportunity to organise and host the Elite Track European Championships at the Tissot Velodrome, Grenchen," a joint statement read.

"Our team is eager and enthusiastic to start the organisation.

"We would like to give our special thanks to the UEC for their trust, support and honourable collaboration.

"Furthermore, we would like to thank Swiss Cycling for the excellent cooperation and the support.

"We are looking forward to welcoming the elite riders at our Velodrome in Grenchen and to see some thrilling race days."