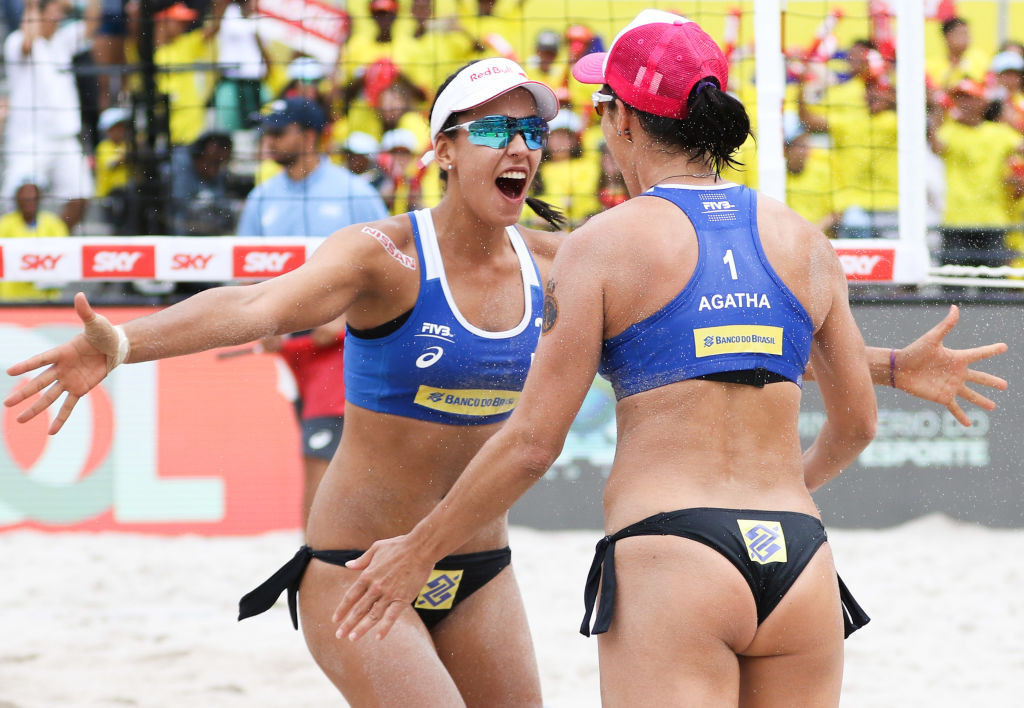 Agatha, 38, and Duda, 22, won their last tournament before the Games with a 23-21, 21-18 scoreline against compatriots and fellow prospective Olympians Rebecca Cavalcanti and Ana Patrica Ramos.

The victory gave the Brazilians, who lead the women’s world rankings, their second gold medal in 2021, following their victory in the second event of the Cancun Hub in April.

"It was a very emotional tournament and for us to win gold in the last tournament before Tokyo, it’s very special and means a lot," said Duda.

It was also their seventh World Tour title as a team since the partnership started in 2017.

Canadians Sarah Pavan and Melissa Humana-Paredes, the reigning world champions, also stepped on the podium after their 21-13, 13-21, 17-15 win over Latvia’s Tina Graudina and Anastasija Kravcenoka in the bronze medal match.

It was the third medal won by Pavan and Humana-Paredes in 2021, alongside silvers in Doha and Cancun.