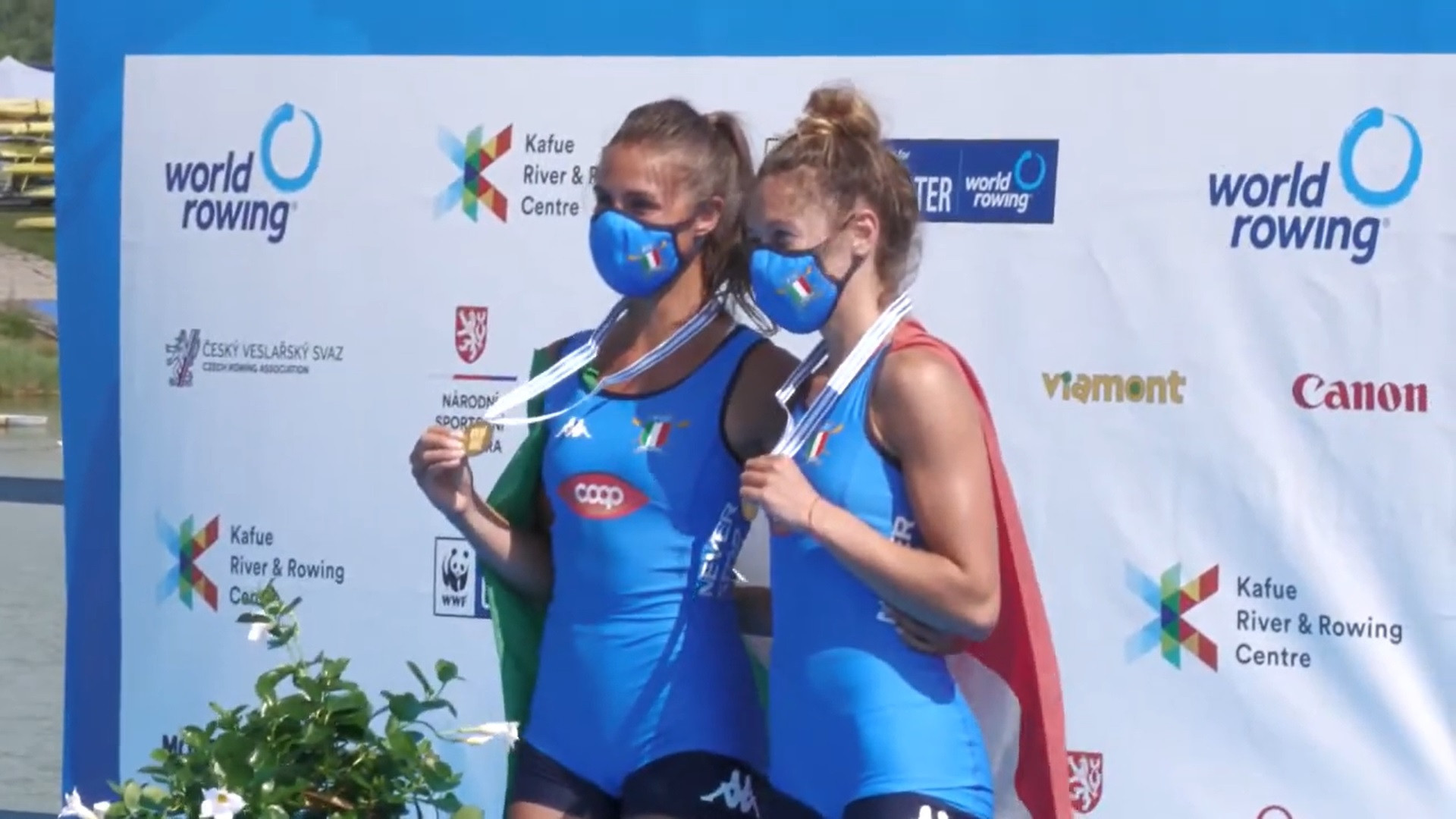 Italy claimed three gold medals on an impressive day at the World Rowing Under-23 Championships in Račice in the Czech Republic.

Two of those came in back-to-back races as the Italians won the women’s coxed four and the lightweight women’s pairs titles.

Italy then claimed their second gold medal when Maria Zerboni and Samantha Premerl teamed up to win the lightweight women’s pair final.

The duo clocked a winning time of 7:31.61 in front of Antonia Michaels and Cecilia Sommerfeld of Germany and Bonnie Pushner and Lindsey Rust of the US who crossed the finish line in 7:38.01 and 7:41.94 respectively.

Italy’s third gold of the day came in the lightweight women’s quadruple sculls after Greta Martinelli, Ilaria Corazza, Elena Sali and Arianna Passini came out on top in 6:44.31.

The bronze medal went to the Uzbekistani pairing of Shakhzod Nurmatov and Evgeniy Agafonov.

Ivana and Josipa Jurkovic of Croatia were crowned women’s pairs champions after beating Caitlin Esse and Lucy Koven of the US by more than two seconds.

Calvin Tarczy and Douwe De Graaf of Britain stormed to the men’s pairs title in a time of 6:30.73.

Dovydas and Domantas Stankunas were three seconds back in second position, while Kaan Aydin and Aydin Sahin were third.

The final race of the day was won by Switzerland as Salome Ulrich, Nina Wettstein, Lisa Loetscher and Celia Dupre triumphed in the women’s quadruple sculls final.

Competition is due to conclude tomorrow with 13 A finals.