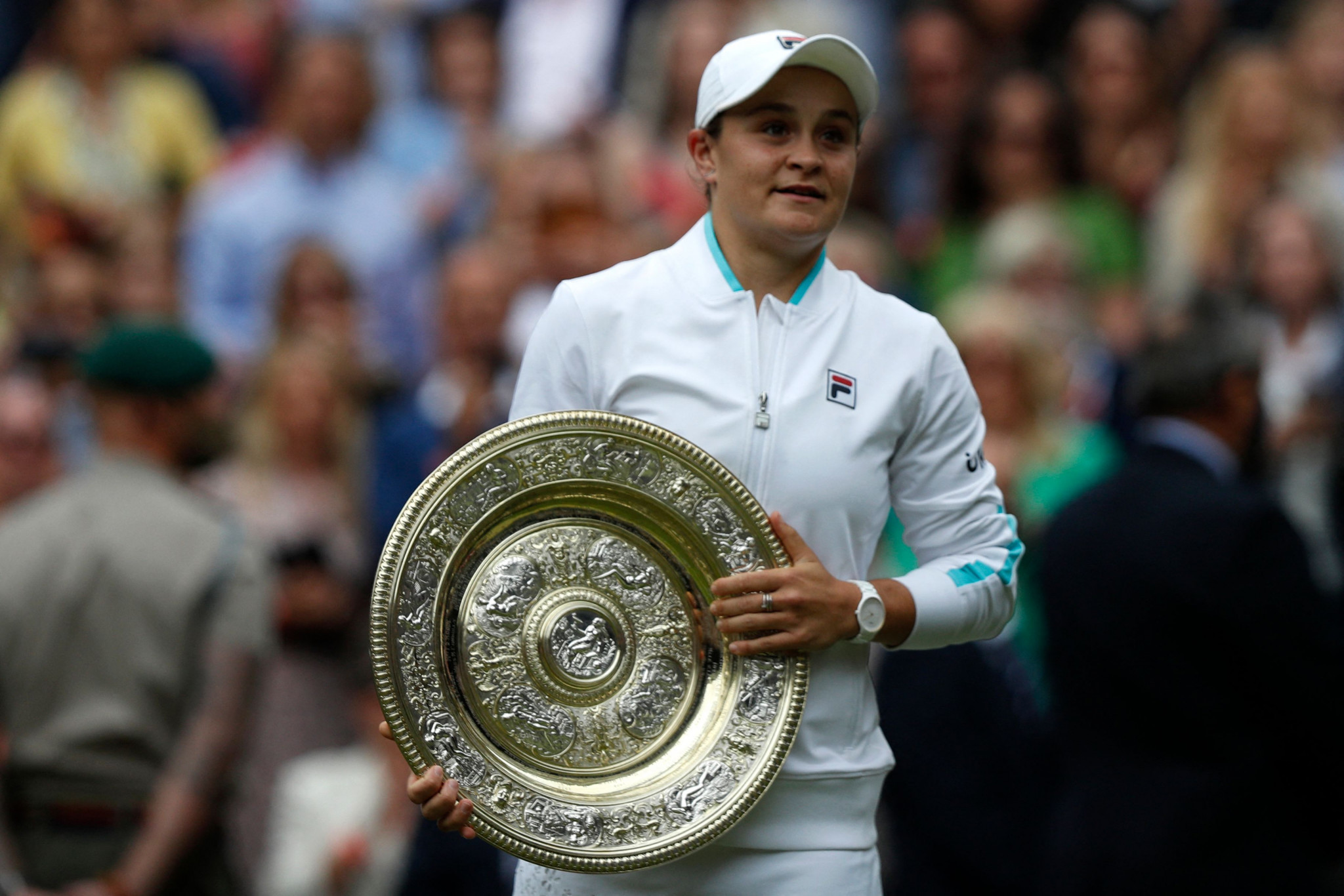 Plíšková had been dominant on serve en route to her first Wimbledon final but was broken seven times by Barty whose all-court game often troubled her opponent.

Barty had a chance to win in straight sets as she served for the match at 6-5 only for Plíšková to break back and win the tiebreak.

But the 2019 French Open champion regained control and secured the second Grand Slam of her career.

"This is incredible," said Barty.

"I love testing myself against you [Plíšková] and I am sure we will have many more matches.

"I told myself to keep fighting, she brought out the very best of me today.

"I am really proud of myself to just keep chipping away and I held my nerve there in the end."

Barty ended a four decade wait for a female Australian finalist when she defeated former Wimbledon winner Angelique Kerber of Germany in the semi-finals.

And the 25-year-old did not take long to settle, hitting a top spin forehand winner and a stunning lob on her way to setting up three break points in the second game.

A backhand winner down the line secured Barty the first break as she stamped her authority on the match.

Barty won 14 points on the spin, establishing a 3-0 lead, before Plíšková finally got on the board when the Australian netted a forehand.

Plíšková saved one break point but then double faulted as her serve - which had proved to be her biggest weapon in the tournament - malfunctioned.

Leading 4-0, Barty looked in ominous form, but Plíšková responded well and managed to carve out three break points of her own before securing her first game.

Plíšková was the fourth Czech player to reach the women’s singles final in the open era after Petra Kvitova, Jana Novotná and Hana Mandlíková.

But Plíšková was struggling to hold serve as she pushed a forehand long at 40-30 down to gift Barty a double break and a 5-1 lead.

Barty failed to serve out the set at the first opportunity as Plíšková clubbed a forehand, crosscourt winner to get one break back.

After 25 minutes of the final, Plíšková finally won a game behind her own serve as she cut the deficit to 5-3.

Barty had lost her two previous service games but held her nerve at the third time of asking to secure the opening set after Plíšková went long with a forehand.

She then stepped up another gear at the start of the second set, breaking Plíšková to love in the third game.

The Australian led 3-1 and looked in a strong position to win the match but Plíšková rallied, winning the next three games to move in front.

Suddenly the momentum was with Plíšková, but Barty managed to level things up at 4-4 courtesy of two forehands which caught the outside edge of the sideline.

Plíšková was producing her best tennis of the match as she raised her arm in celebration after threading a superb forehand down the line.

The 29-year-old looked set to make it 6-5 as she led 40-0 only to net a simple volley before Barty won the next four points to break her opponent.

Barty served for the match, but she lost her composure as Plíšková broke back to send the second set into a tiebreak.

Plíšková remained on the front foot, bursting into a 6-2 lead.

It was a big blow for Barty but she recovered quickly, breaking Plíšková in the second game of the decider after the Czech player sent a volley into the net.

Barty moved 3-0, 4-1 and 5-2 ahead as she closed in on the title with strong service holds while Plíšková battled to stay in the contest.

Plíšková forced Barty to serve out the match for the second time, putting pressure back on the Australian.

Barty managed to stave off a break point before setting up her first match point and then secured victory when Plíšková netted a backhand.

"I enjoyed every minute of playing on this court," said a tearful Plíšková.

"She had an incredible tournament and played very well, so congratulations to her.

"Whatever trophy I got here, I have had an incredible two weeks."