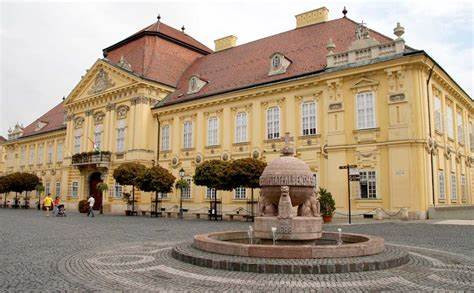 Székesfehérvár will host next year’s European Modern Pentathlon Championships - a record fifth time the Hungarian city will have staged the event.

The decision to award Székesfehérvár the event was taken by the European Confederation of Modern Pentathlon during the current Championships taking place in Nizhny Novgorod in Russia.

"The next European Championship will be held in 2022 in Székesfehérvár, the exact dates of the competition have not yet been determined," European Confederation of Modern Pentathlon President Tatyana Ardabyeva told Russia’s official state news agency TASS.

"Hungary was supposed to host this tournament last year, but due to the pandemic, the competitions were cancelled."

Hungary is by far the most successful country at the European Championships since the event made its debut at Berlin in 1987.

They have won a total of 93 medals, including 41 gold, putting it easily in front of its nearest rival, Russia.

The last time Székesfehérvár hosted the Championships, in 2018, Hungary finished second in the overall medals table.

They won a total of five medals, including gold in the women’s team relay.

With two days remaining of this year’s event in Nizhny Novgorod, Hungary is again leading the medals table having won a gold in the women’s team relay and a silver and bronze in the women’s individual race thanks to Blanka Guzi and Sarolta Simon.