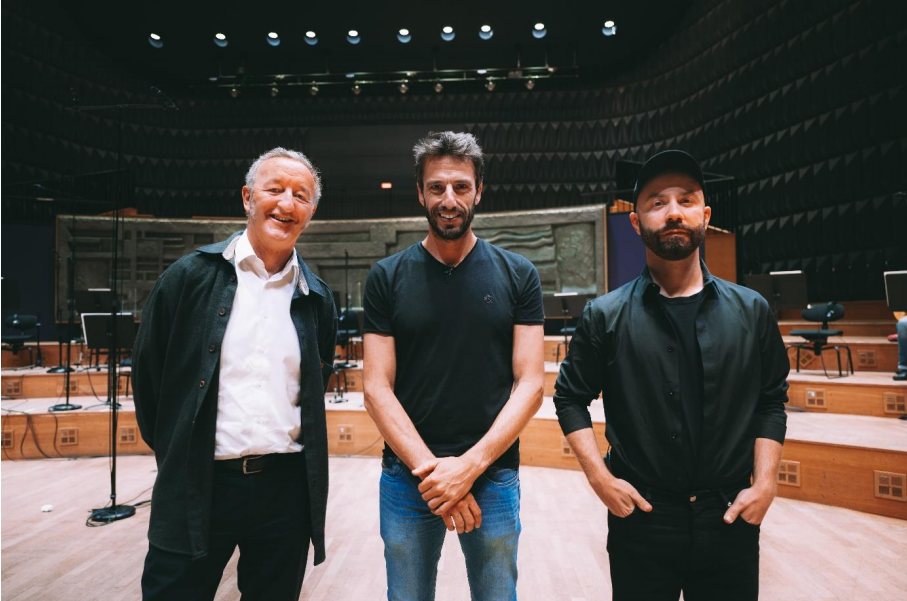 French musician Woodkid will compose original music for Paris 2024 performance during the Closing Ceremony of the 2020 Olympic Games here in the Japanese capital.

Paris 2024 confirmed Yoann Lemoine, known professionally as Woodkid, had agreed to "fly the flag for France on the world stage".

The Organising Committee said the writer, composer, singer and video artist is capable of creating masterpieces of music, sound and light.

Woodkid has three Grammy nominations to his name, while he has collaborated with international stars such as including Lana del Rey, Katy Perry and Drake.

The music composed by Woodkid will be recorded by two musical ensembles run by Radio France, featuring the National Orchestra of France and the Maîtrise de Radio France.

"On August 8, we want to share a genuinely emotional moment with the whole world, in order to demonstrate our enormous pride in officially taking up the baton from our friends at Tokyo 2020," said Tony Estanguet, Paris 2024 President.

"The Games are the greatest event in the world, celebrating not just sport in all its power and splendour but the cultural treasures of each host country.

"Between now and 2024, we will endeavour to showcase the diversity of talents that France has to offer.

"On the occasion of this first ceremony of the Paris 2024 Games, we are proud to team up with exceptional artists such as Woodkid and the National Orchestra of France, who share the same passion for creativity and high standards as we do."

The artistic sequence featuring the music is due to follow the flag handover.

Paris 2024 has also confirmed Woodkid will hold a one-off free concert on August 8.

The concert will take place at the Jardins du Trocadéro in Paris, following the Closing Ceremony of Tokyo 2020.

The gardens are scheduled to be home to a fan zone during Tokyo 2020, showing sporting action and the Ceremonies.

"It is with honour and excitement that I have accepted the invitation to create the first artistic statement of the Paris 2024 Games," said Woodkid.

"For me, ever since I was a child, the values of sport and Olympism have always represented the absolute pinnacle, in terms of both performance and emotions.

"From The Civil Wars by Glass and Wilson at the Los Angeles Olympic Games to Dimitris Papaioannou's piece for Athens in 2004, there are certain Olympic works that fascinate me by their capacity to understand the ideology of sport and to make it universal.

"Performance, hope, endurance, never giving in; the intimate relationship between the body and the mind; the collective and the individual.

"These are all themes that I find deeply moving.

"This piece has also given me a new opportunity to work with the Maison de la Radio et de la Musique and to record with, among others, the children of the Maitrise de Bondy choir school and the National Orchestra of France, led by the extraordinary Sofi Jeannin and Chloé Dufresne.

"I am grateful to them for having elevated my work."

Discover it on August 8 during the @Tokyo2020 Closing Ceremony

Can't wait to show you our French talents ! pic.twitter.com/dhZlybHVUh

Paris 2024 said it wanted to team up with the Maîtrise de Radio France choir school for the project, highlighting their desire to involve young people in the Olympic and Paralympic Games.

The school is based in Bondy and aims to offer training for children and support throughout their studies.

Around 20 of the 65 pupils taking part in the recording are based at the Bondy site located in the Seine-Saint-Denis department of Paris.

"Our collaboration with Paris 2024 and Woodkid is an opportunity to promote France’s culture and musical excellence to the whole world," said Michel Orier, director of music and creation at Radio France.

"On the occasion of this global event, we are delighted to see the National Orchestra of France team up with the Maîtrise de Radio France, an alliance built around talent and the nurturing of young artists, something that is particularly close to our hearts.

"This work is a powerful and joyous gesture that pays tribute to French artists and the values of Olympism."