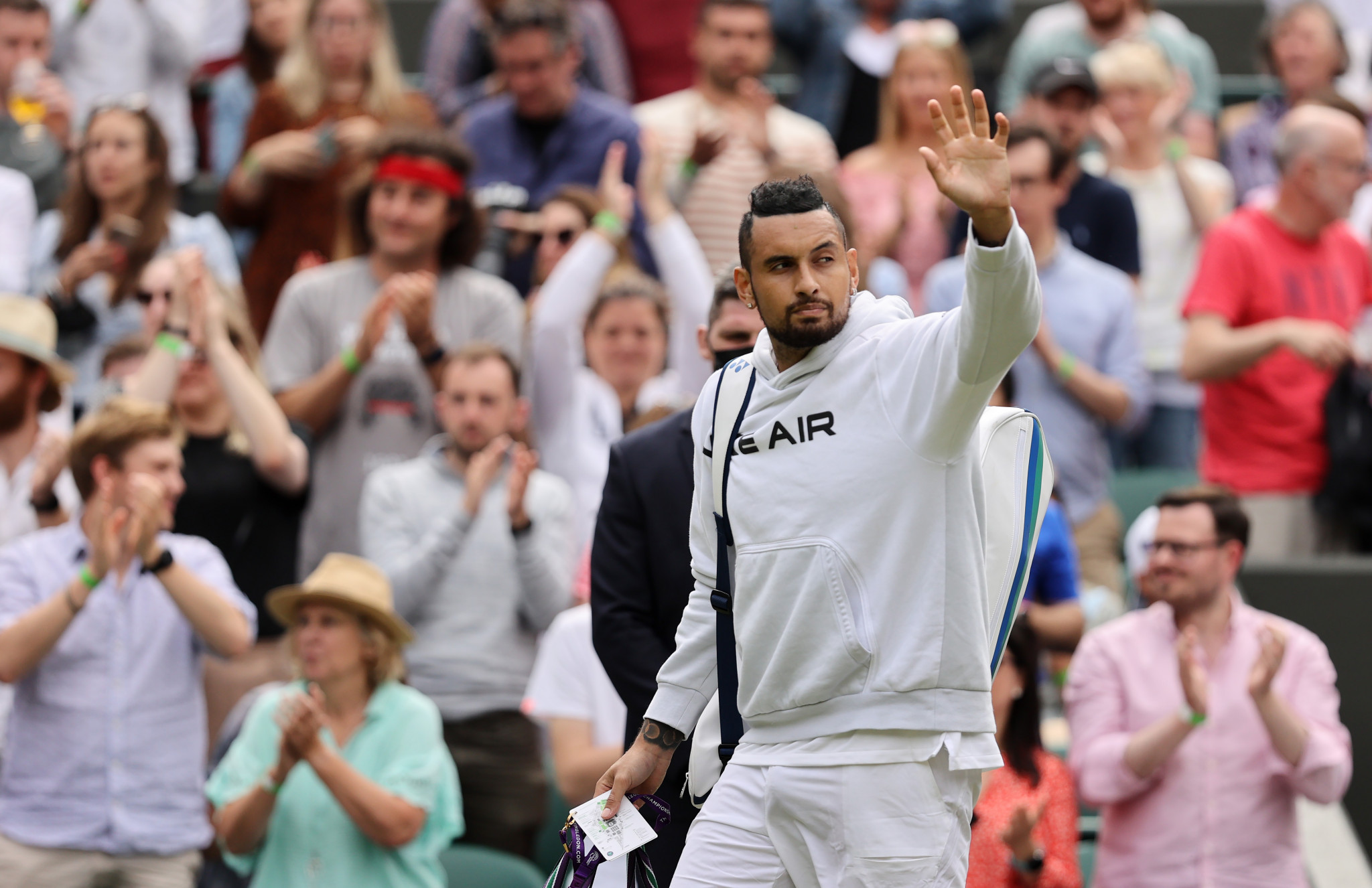 Australian tennis player Nick Kyrgios has withdrawn from the delayed Olympics after spectators were banned from the Games in Tokyo.

Kyrgios admitted that playing without fans "doesn’t sit right with me" after announcing his decision to pull out of Australia’s 11-strong tennis squad for Tokyo 2020.

It was confirmed yesterday that spectators will be banned from all Olympics venues in Tokyo after a state of emergency was declared in the capital following a resurgence in COVID-19 cases.

Organisers had planned to allow 10,000 fans or 50 per cent of a venue's capacity only to perform a u-turn after the Japanese Government announced that the state-of-emergency measures will be in place for the entirety of the Games.

Questions marks were already hanging over Kyrgios’ participation at Tokyo 2020 after he was forced to retire from his third-round match at Wimbledon due to an abdominal issue.

Kyrgios said the injury and the banning of spectators were both factors in his decision to skip the Olympics.

"I just want to let you know that I’ve decided to withdraw from the Olympics," Kyrgios wrote in a post on social media.

"It’s been my dream to represent Australia at the Olympics and I know I may never get that opportunity again.

"But I also know myself.

"The thought of playing in front of empty stadiums just doesn’t sit right with me.

"I also wouldn’t want to take an opportunity away from a healthy Aussie athletes ready to represent the country.

"I will also take all the time I need to get my body right.

"Good luck to all the Aussies competing and I’ll see you back on the court real soon."

Tokyo's state of emergency is provisionally set to end on August 22 - two weeks after the conclusion of the Olympics and two days before the Opening Ceremony of the Paralympics.

Kyrgios is the latest tennis star to opt out of the Olympic Games after Serena Williams of the United States, Spain’s Rafael Nadal, Austria’s Dominic Thiem and Switzerland’s Stan Wawrinka all announced their withdrawals.

There are also doubts over whether Swiss legend Roger Federer will participate at the Games after the 20-time Grand Slam winner suffered a heavy quarter-final loss to Poland’s Hubert Hurkacz at Wimbledon.

Kyrgios has largely been absent from the tennis circuit during the COVID-19 pandemic.

This included withdrawing from last year’s US Open, which was held behind closed doors under a series of restrictions.

Kyrgios played at the Australian Open, while his participation at Wimbledon was a rare tournament appearance outside of his home country.

The 26-year-old withdrew from Rio 2016 after a row with the Australian Olympic Committee, claiming he had been a victim of "unwarranted attacks" from the organisation.

Kitty Chiller, the Australian Chef de Mission for Rio 2016, had threatened Kyrgios and Bernard Tomic with the possibility of being axed from the team if their behaviour failed to improve.