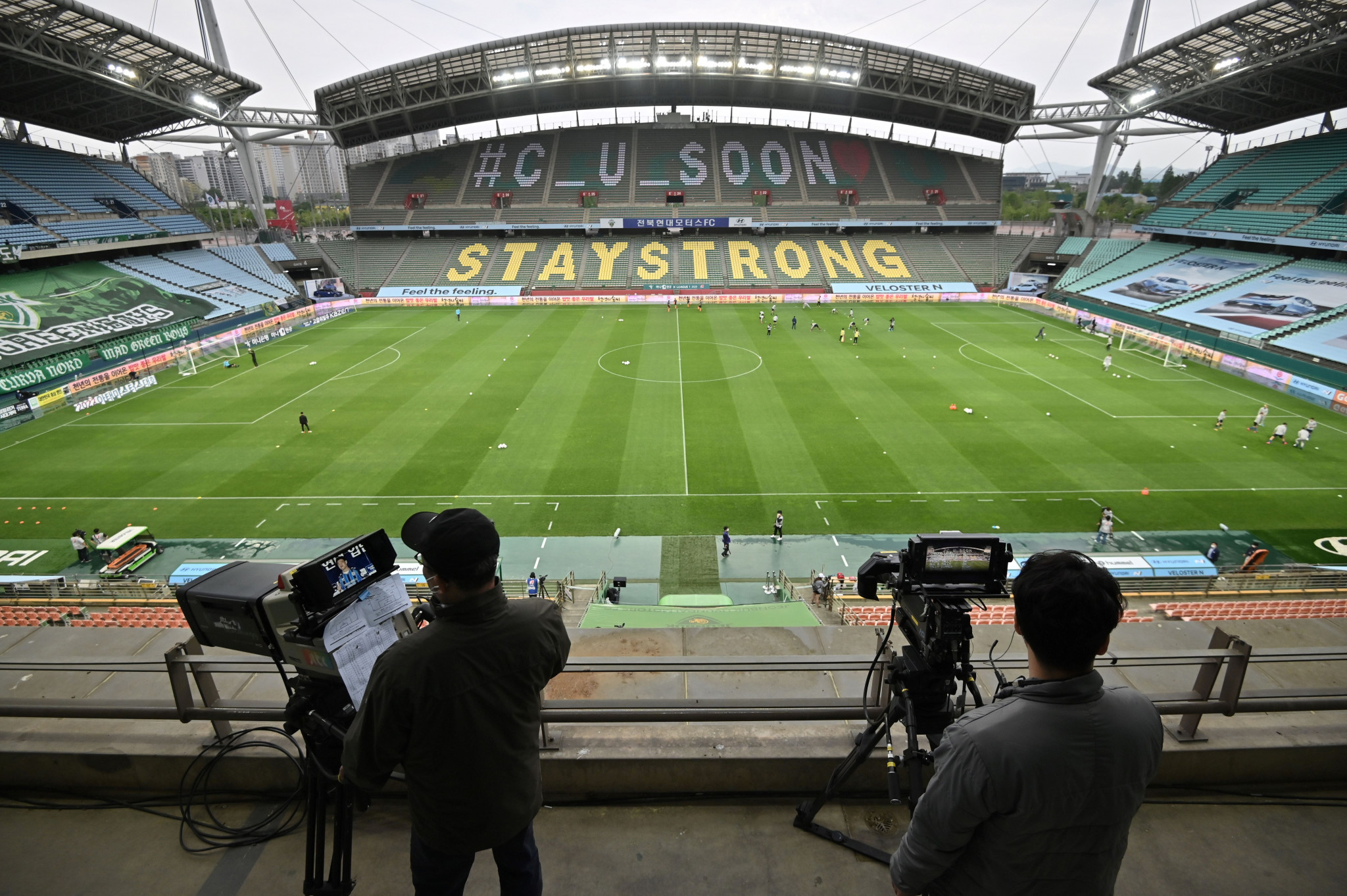 Professional sports games and Olympic football warm-up matches in the greater Seoul area are to be played without spectators, starting from next week, due to new COVID-19 rules.

The Korea Baseball Organization (KBO) and the Korea Professional Football League - known as the K-League - both confirmed today that games in Seoul, Incheon and Gyeonggi Province would be held behind closed doors.

Earlier today, the South Korean Government announced it was placing Seoul and its nearby regions - including Gyeonggi Province - under level-four social distancing rules due to a new surge in COVID-19 cases.

This is the strictest level of social distancing rules in South Korea.

For the KBO, the ban on spectators is set to come in on Tuesday (July 13), as Monday is a designated day off for the league.

Half of the 10 teams will be affected by the change - the Doosan Bears, the LG Twins and the Kiwoom Heroes in Seoul, the SSG Landers in Incheon and the KT Wiz in Suwon in Gyeonggi.

The Korea Football Association said the men's under-24 national football team's friendly matches against Argentina and France are to be held without fans.

The first is set to take place at the Yongin Mireu Stadium in Yongin in Gyeonggi Province, and the second at the Seoul World Cup Stadium in the capital.

South Korea's men's football team are set to depart for the Tokyo 2020 Olympics on July 17 before playing their first match on July 22 against New Zealand.

Two KBO players tested positive for COVID-19 before a match between the NC Dinos and the Heroes today, forcing the league to cancel games out of precaution.

The Dinos match and one between the the Bear and Twins have been called off, as the Bear were the Dinos' last opponents.

Daily deaths have remained in single figures since March 12.