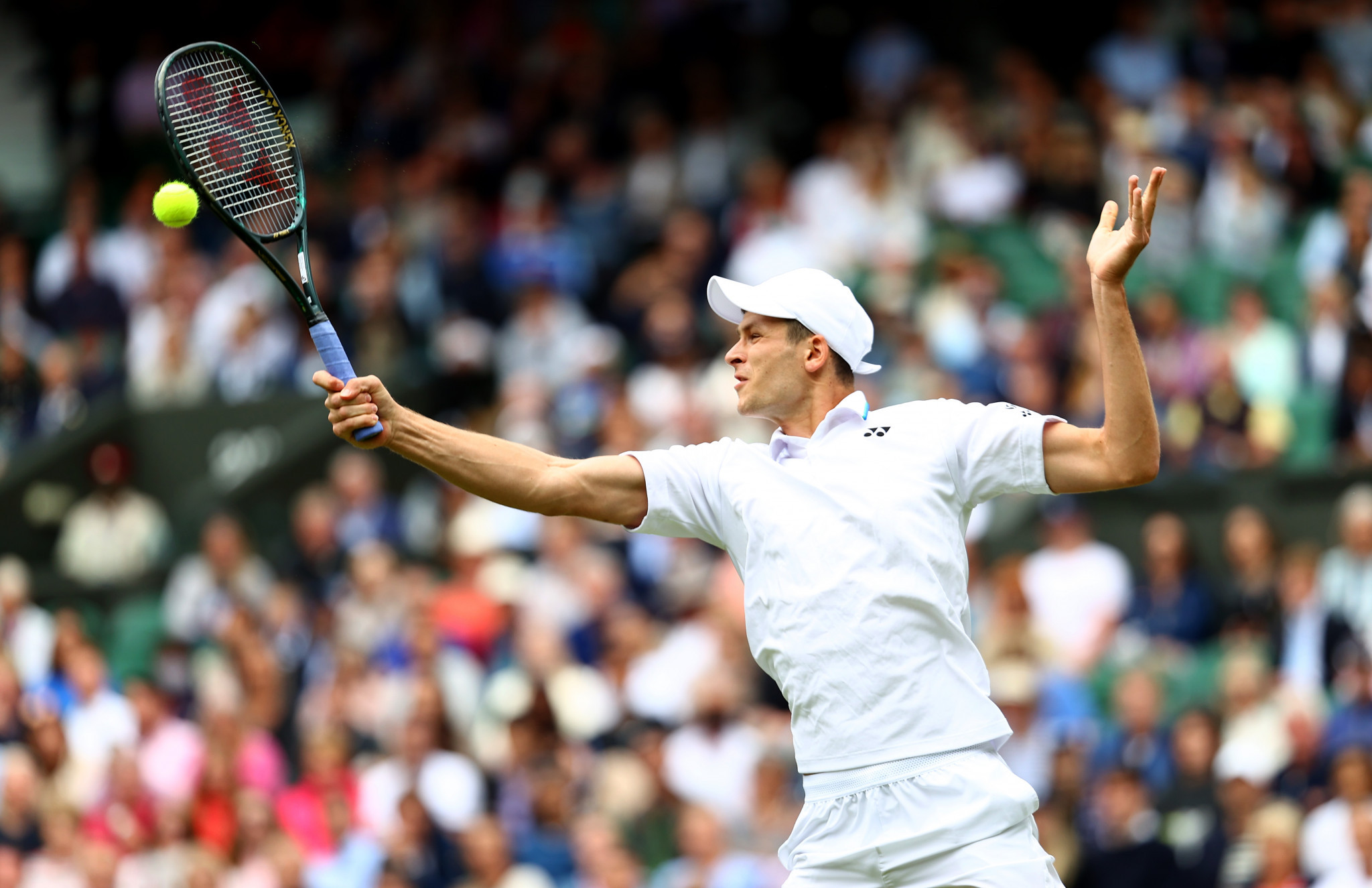 Roger Federer was surprisingly beaten on men’s singles quarter-finals day at the Wimbledon Championships as Poland’s Hubert Hurkacz defied the form book to beat the five-time champion in straight sets.

The 14th seed from Poland, whose previous Grand Slam best was the third round at Wimbledon in 2019, defeated the sixth seed from Switzerland 6-3, 7-6, 6-0 in one hour and 49 minutes on Centre Court.

A single break of serve was enough for Hurkacz to take set one before the Pole claimed the second set on a tiebreak, helped by his opponent losing his footing at the net and missing an easy shot.

Hurkacz then sailed through the third set as for the first time at Wimbledon, Federer was the victim of a bagel in a set.

Elsewhere men’s top seed Novak Djokovic of Serbia looked in imperious form as he cruised past Marton Fucsovics of Hungary 6-3, 6-4, 6-4.

Djokovic raced into a 5-0 lead before going on to close out set one 6-3 on his sixth set point.

A single break of serve was enough in sets two and three as the world number one sealed a place in his 10th Wimbledon semi-final and 41st Grand Slam last four match as he continues his quest for a sixth title at the All England Lawn Tennis Club.

Djokovic will face Canada’s Denis Shapovalov in the last four, after the tenth seed defeated Russia’s Karen Khachanov, 6-4, 3-6, 5-7, 6-1, 6-4 in just under three and a half hours.

A thrilling match between two first time quarter-finalists at Wimbledon featured a mixture of big hitting and inventive shot-making throughout.

Khachanov’s long fourth-round match appeared to tell in the end with Shapovalov finished the strongest before collapsing on his back in celebration at progressing through the marathon contest.

The last four line-up was completed by Matteo Berrettini of Italy, with the seventh seed, who impressed in winning the Association of Tennis Professionals Cinch Championships at the Queen’s Club in London in the build-up to Wimbledon, defeating Canada’s 16th seed Felix Auger-Aliassime in four sets.

Undefeated on grass all season Berrettini took the first set 6-3 before Auger-Aliassime bounced back to win set two 7-5.

In set three Berrettini broke in the 12th game to close it out 7-5 before an early break helped the Italian take set four and with it the match by a final scoreline of 6-3, 5-7, 7-5, 6-3 in just over three hours, setting up a semi-final with Hurkacz.