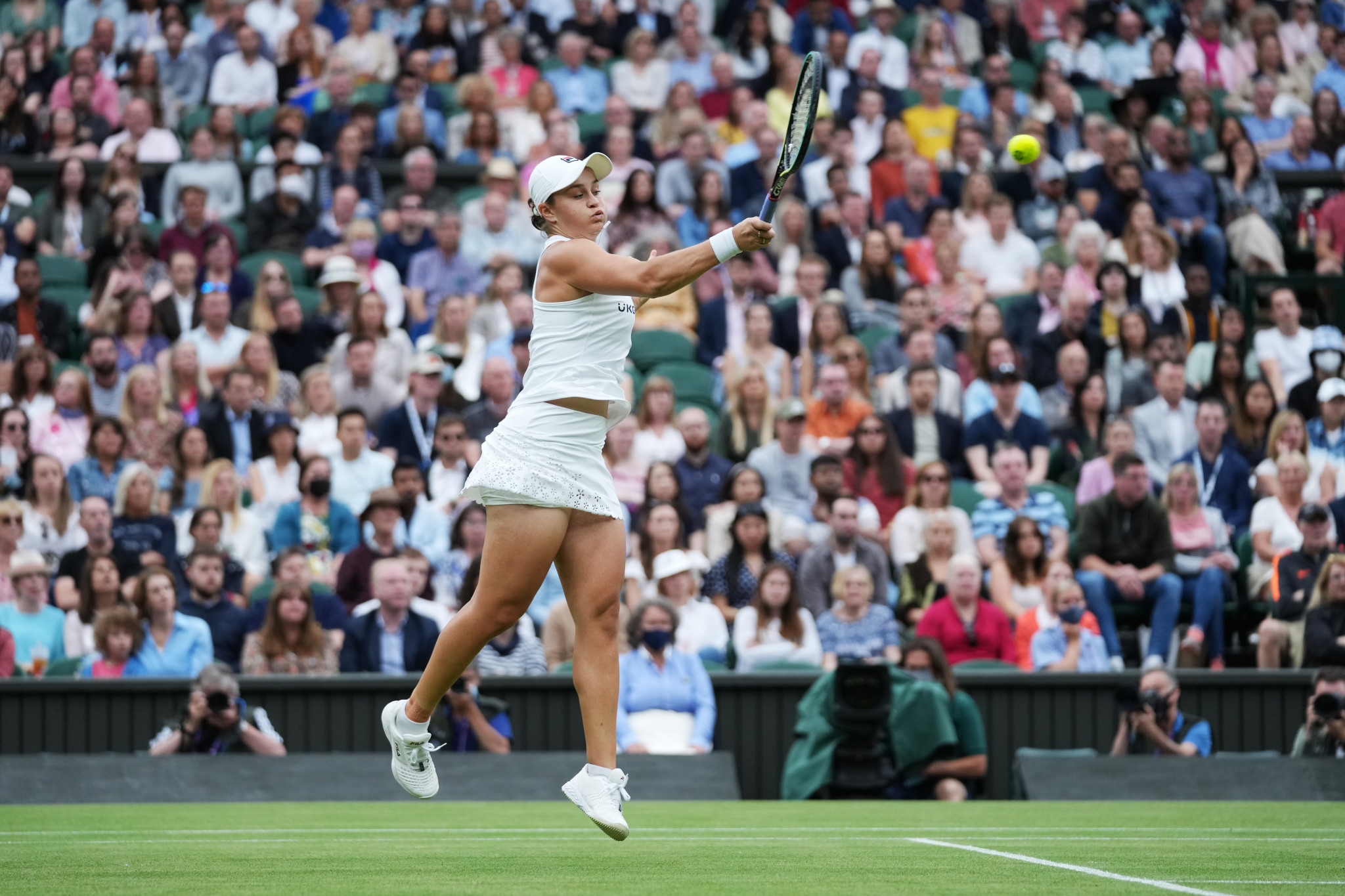 The top two seeds reached the women’s singles semi-finals on day eight of the Wimbledon Championships in London, which saw capacity crowds on the show courts at the All England Lawn Tennis Club for the first time this year.

The 15,000 spectators on Centre Court and 12,300 fans on Court One were once again grateful to the roofs as heavy rain disrupted play on the outside courts.

Barty will face 2018 Wimbledon champion Angelique Kerber in the last four after the German, seeded 25th, defeated Karolina Muchova of the Czech Republic, the 19th seed, 6-2, 6-3.

The top two seeds in the women’s singles remain on track for a potential meeting in the final after Aryna Sabalenka, the big-hitting Belarusian who is seeded second, overcame Tunisia’s Ons Jabeur, the 21st seed, 6-4 6-3.

Sabalenka saved six of seven break points faced and hit 26 winners on her way to defeating Jabeur, gaining revenge for a three-set loss she suffered at the hands of the Tunisian in this year’s French Open.

Sabalenka will take on eighth seed Karolina Pliskova of the Czech Republic, who is yet to drop a set, in the semi-finals.

Pliskova overcame Viktorija Golubic of Switzerland 6-2, 6-2 in one hour and 21 minutes, the longest of the day’s women’s singles last eight matches.

Elsewhere today, the line-up for the men’s singles quarter-finals was finalised when the outstanding fourth-round match was completed between Russia’s Daniil Medvedev and Hubert Hurkacz of Poland.

Second seed Medvedev resumed at two sets to one up but four games to three behind in the fourth set, and was broken in the very first game to allow the 14th seeded Hurkacz to take the set 6-3.

Hurkacz produced an impressive serving display in the decider, only losing four points on serve in set five as he claimed a 2-6, 7-6, 3-6, 6-3, 6-3 win in just over three hours.

Hurkacz now faces Switzerland’s Roger Federer in the last eight with their contest second on Centre Court following top seed Novak Djokovic of Serbia up against Marton Fucsovics of Hungary.

On Court One, Karen Khachanov of Russia takes on Denis Shapovalov of Canada before Matteo Berrettini of Italy faces Felix Auger-Aliassime of Canada.