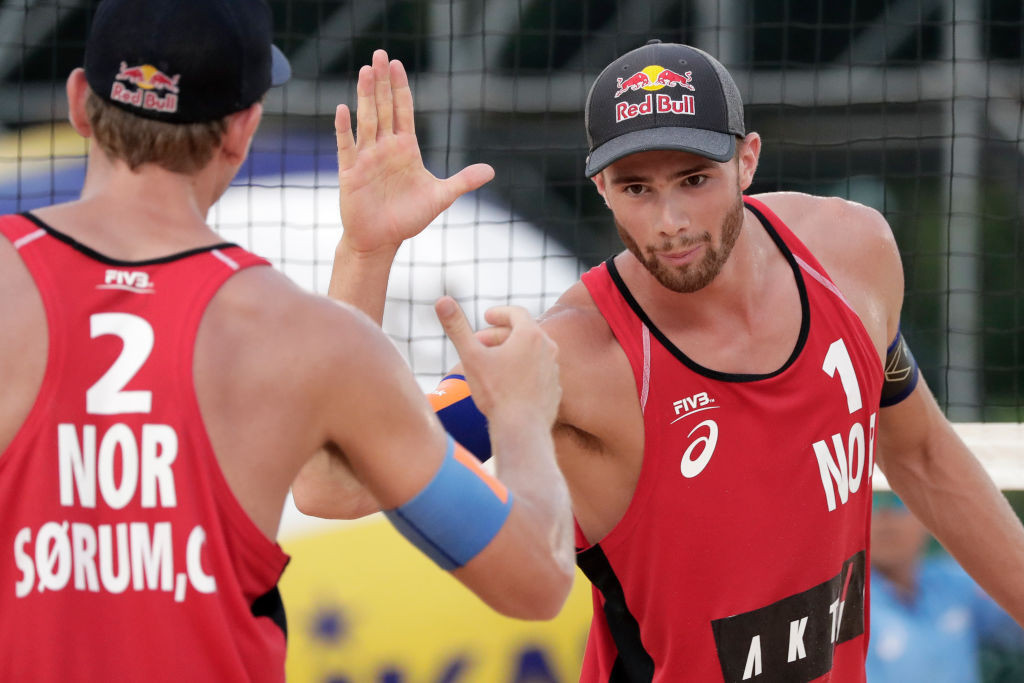 Anders Mol and Christian Sorum of Norway, favourites for the men’s beach volleyball title at the Tokyo 2020 Olympics, have had their first potential steps to gold clarified following the draw which was made in Moscow.

A total of 24 men’s and 24 women’s teams are scheduled to participate in the event in the Japanese capital starting on July 24.

In the first phase of the competition the Norwegian pairing, world bronze medallists in 2019 and European champions in 2018, 2019 and 2020, will be in Pool A with Konstantin Semenov and Ilya Leshukov representing the Russian Olympic Committee, Pablo Herrera and Adrian Gavira of Spain and Christopher McHugh and Damien Schumann of Australia.

Brazil’s Alison Cerutti, who won the Rio 2016 men’s title with Bruno Schmidt, is in Pool D with his new playing partner Alvaro Filho, and their first three matches will be against Pool D opponents Alexander Brouwer and Robert Meeuwsen of The Netherlands, Nick Lucena and Phil Dalhausser of the United States and Julian Azaad and Nikolas Capogrosso of Argentina.

In the women's competition, world champions Sarah Pavan and Melissa Humana-Paredes of Canada will initially take on Swiss pair Joana Heidrich and Anouk Vergé-Dépré, Germans Julia Sude and Karla Borger, and Katja Stam and Raïsa Schoon of The Netherlands in Pool A.

The 24 teams per gender include one host team, the winners of the 2019 FIVB Beach Volleyball World Championships, the two winners of the Olympic Qualification Tournament, 15 teams from the Olympic ranking and a further five from the Continental Cup Finals.

The Tokyo 2020 beach volleyball tournament will be held at Shiokaze Park.

The preliminaries are due to take place from July 24 to 31 and followed by the elimination round matches from August 1 to 7.

The full draw can be viewed through the FIVB website.