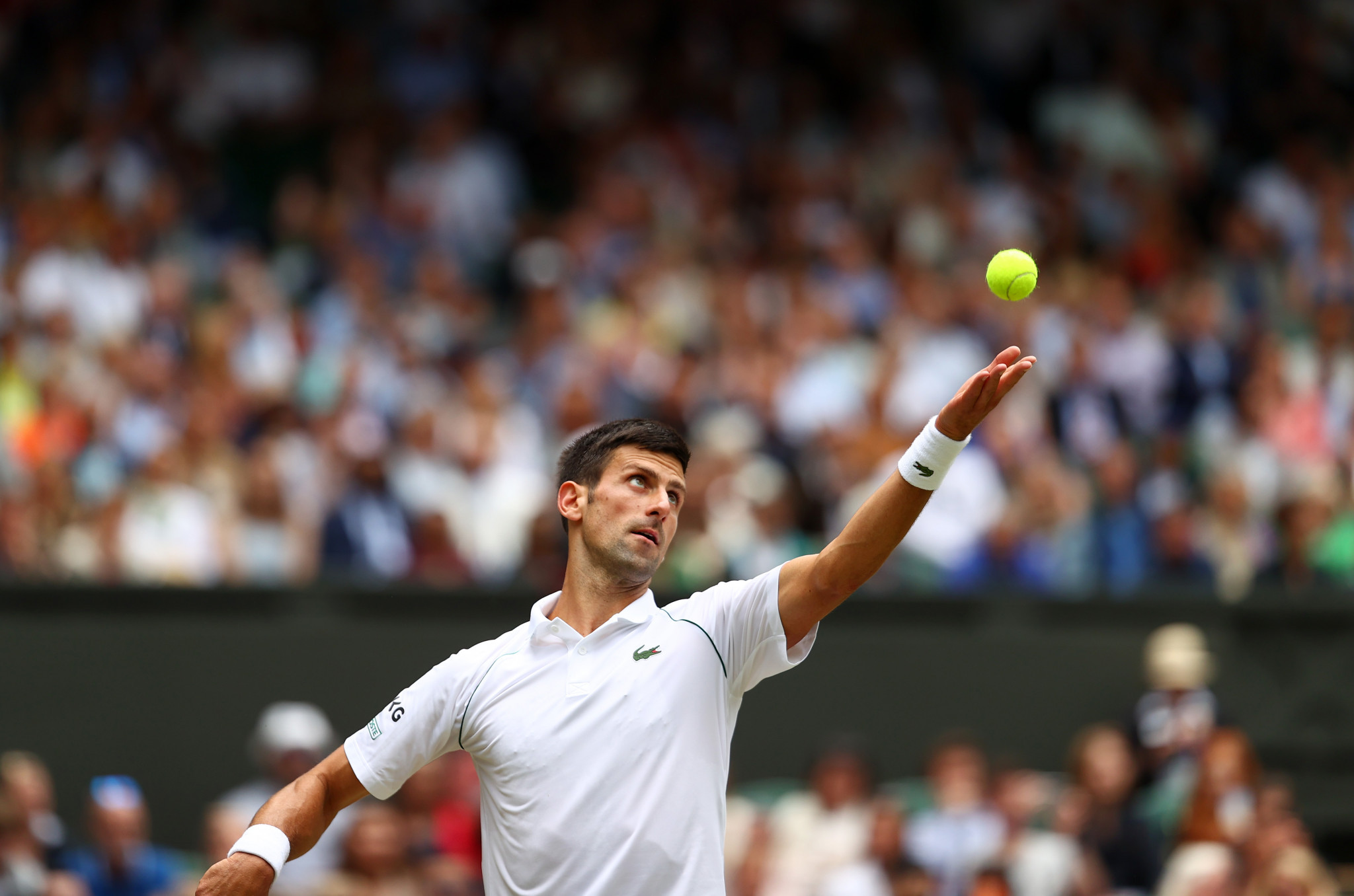 Top seeds Novak Djokovic and Ashleigh Barty each booked their quarter-final spot in straight sets at Wimbledon, but two men's singles top-five seeds were knocked out.

Garín only forced two break points all match, converting neither.

The unseeded Hungarian Márton Fucsovics will play Djokovic in the quarter-finals after coming from behind to dump out Andrey Rublev.

The fourth seed, Alexander Zverev of Germany, was also dispatched in five sets.

Denis Shapovalov is the other, having seen off Spaniard Roberto Bautista Agut in straight sets.

Roger Federer too was a straight-sets victor, with the Swiss great beating Italian Lorenzo Sonego 7-5, 6-4, 6-2.

Matteo Berrettini, Italy's seventh seed, advanced in straight sets while Daniil Medvedev is one set away from victory against Pole Hubert Hurkacz.

The Russian second seed is 4-3 behind in the fourth set, but will serve next, after rain meant the match could not be completed today.

The match took a bizarre twist in the fifth set, with 13 of the 18 game ending in breaks, but it was Khachanov who emerged victorious rather than Korda, who was celebrating his 21st birthday.

Tomljanović led 6-4, 3-0 when Raducanu was forced to retire with breathing issues.

That match did not start until after 8pm local time - something Tomljanović will not appreciate, given the women's quarter-finals are all due to be played tomorrow.

Barty's match finished more than five hours before Tomljanović could even take to the Court One grass.

Another teenager's run was ended when Coco Gauff came up against 2018 champion Angelique Kerber.

Belarusian second seed Aryna Sabalenka and Czech eighth seed Karolína Plíšková were among the other women to reach the last eight today.

Tunisian Ons Jabeur is the first woman from the Arab world to reach the quarter-finals, following a come-from-behind victory over Pole Iga Świątek, and will play Sabalenka tomorrow.