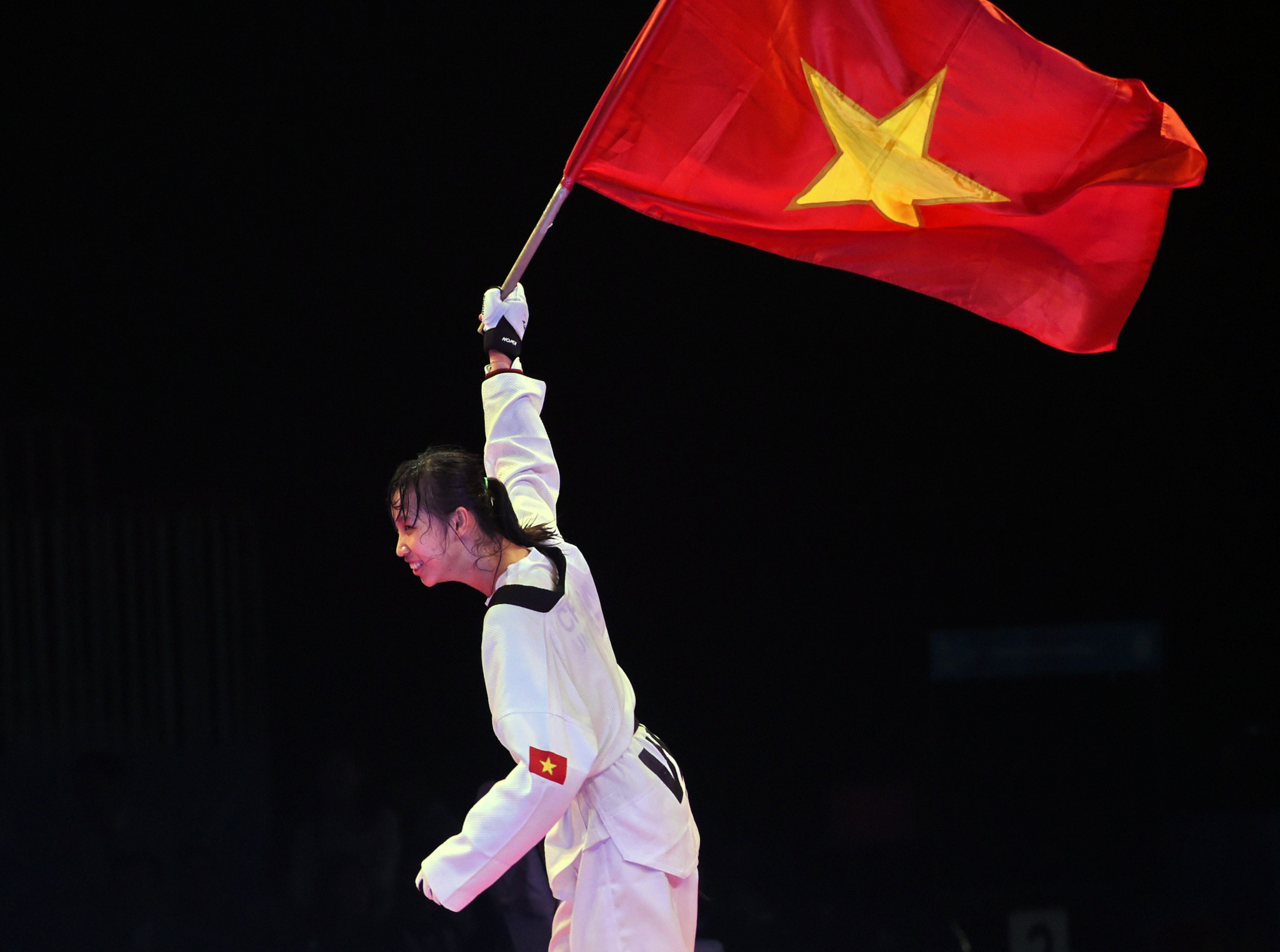 The coach of Vietnam's Olympic taekwondo hopeful Trương Thị Kim Tuyến has revealed that she had to convince her student's parents of her talent for the sport.

Kim Tuyến booked a place at this year's rearranged Tokyo 2020 Games through the Asian qualification tournament in Jordan's capital Amman in May, and will compete in Japan in the lightest under-49 kilograms class.

Now 24, she was recruited into Vietnam's national team aged just 14, and won World Championship silver in Muju in South Korea in 2017.

It could have been so different had her coach Lê Trân Thùy Trân not managed to convince Kim Tuyến's parents that taekwondo was a suitable career choice.

"Her parents did not want Kim Tuyến to go to the Provincial Training Center to embark on a professional sports career," Thùy Trân said to Le Courrier du Vietnam.

"I managed to convince them by explaining to them that their daughter had the talent and the potential to become a great taekwondoist.

"I had to meet her parents on several occasions in order to persuade them and get their approval.

"It's great that she has proven herself."

Kim Tuyến has won two Asian titles, including this year in Beirut in Lebanon.

"I am really happy with this result which rewards many years of hard training," she said of her Olympic qualification.

"I would like to thank my coaches and my friends from the bottom of my heart who gave me unfailing support."