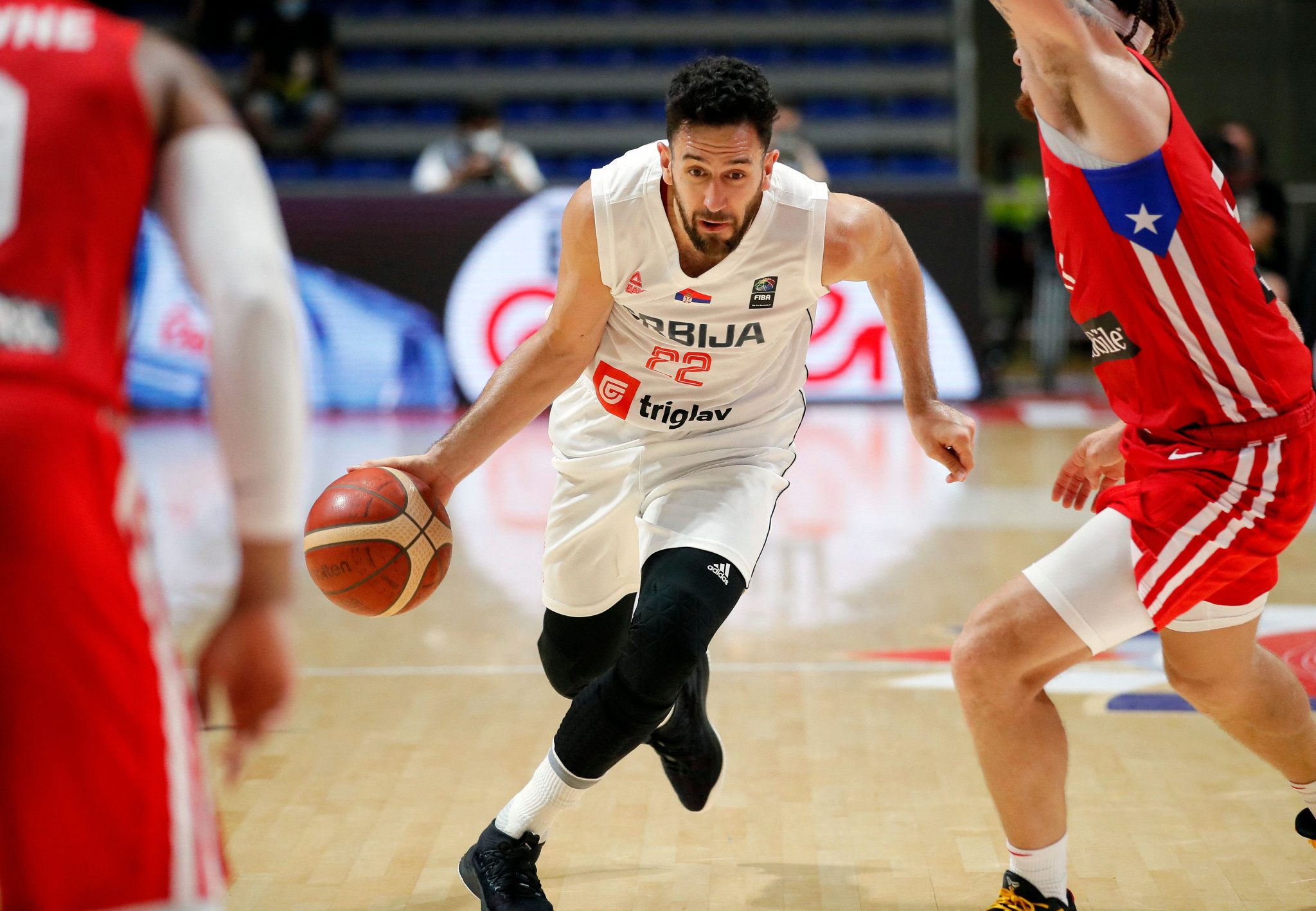 Rio 2016 runners-up Serbia and 2017 EuroBasket champions Slovenia are each one win away from the men's basketball tournament at Tokyo 2020 following semi-final wins in their respective qualifiers, but Canada's Olympic dream is over.

Playing on a home court in Belgrade, Serbia brushed aside Puerto Rico 102-84, with Vasilije Micić scoring a team-high 21 points.

In another semi-final pitting a European side against one from the Caribbean, Italy beat the Dominican Republic 79–59 so will face the hosts for a place at the Olympics.

There are four qualifiers taking place at once, each offing one Tokyo 2020 berth.

In Kaunus in Lithuania, National Basketball Association (NBA) All-Star Luka Dončić shone once more as Slovenia outscored Venezuela in all four quarters to earn a 98-70 win.

Dončić and Michael Tobey both had double-doubles - 23 points, 13 assists, and nine rebounds for Dončić, plus 27 points and 12 rebounds for Tobey.

Lithuania await in the final following an 88-69 win against Poland.

In Split, hosts Croatia had their Olympic dream ended by a German team powered by 29 points and eight assists from Maodo Lô.

NBA veteran Bojan Bogdanović scored 38 points but it was not enough for Croatia, who lost 86-76.

?? @satoransky banks it to give Czech Republic the win over Canada in OT and advance to the #FIBAOQT Final! pic.twitter.com/b6rrI4SFuu

Brazil taught Mexico a lesson to the tune of 102-74 and will play Germany in tomorrow's final.

Across the Atlantic Ocean in Victoria, hosts Canada suffered a heartbreaking loss in overtime against the Czech Republic.

Canada's Andrew Wiggins hit a three-pointer off a vital steal to tie the game at 94-94 and force overtime, but it was not to be for his side.

Tomas Satoransky scored with 1.4 overtime seconds remaining to put the Czechs 103-102 up, and that is how it finished.

The Czech Blake Schilb ended the game with 31 points, more than anyone else.

Greece beat rivals Turkey 81-63 in the other semi-final.