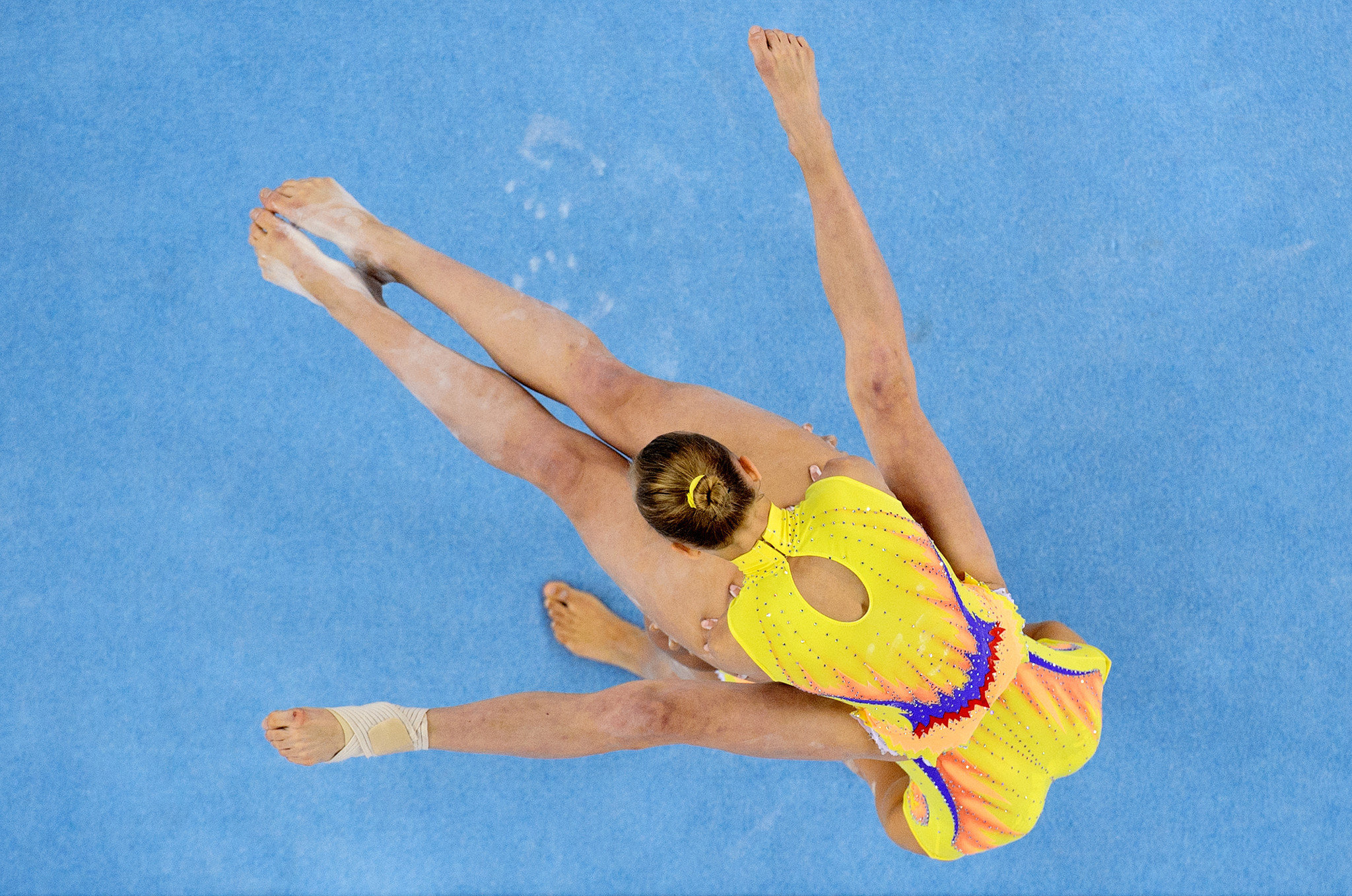 The Russian Gymnastics Federation (RGF) turned its strong start into gold on day two of the Acrobatic Gymnastics World Championships in Geneva, winning the first two finals in the Patinoire des Vernets.

The "neutral" Russian pair scored 29.790 points, and silver went to Belgium’s Noam Raj Patel and Robin Casse, who had gone from eighth to third on the previous day, with a total of 28.840.

The bronze was claimed by Belarus 2, who compiled 28.680 as the British pairing of Sammi Nassman and Samuel Large, who had been second overnight, slipped to fourth on 28.670.

In the second final of the night at this International Gymnastics Federation event, the mixed pair, the RGF’s Viktoria Askenova and Kirill Startsev, who were not in the top three overnight, produced a grandstand finish to earn the title with a total of 30.030 points.

The RGF’s 2019 European champions had been 11th after their first balance routine on day one following a mistake that cost them a 0.6-point penalty.

But they steadily made up ground to finish ahead of Germany’s Pia Schuetze and Daniel Blintsov, the overnight leaders, who took silver with 29.210.

Ukraine’s Anita Pyrlyk and Ivan Lanbunets, who scored a total of 28.910, would have had silver had they not incurred a 0.5 penalty.

Israel’s Hadar Fainshtein and Meron Weissman, third overnight, had an unhappy second day and slipped to eighth and last.