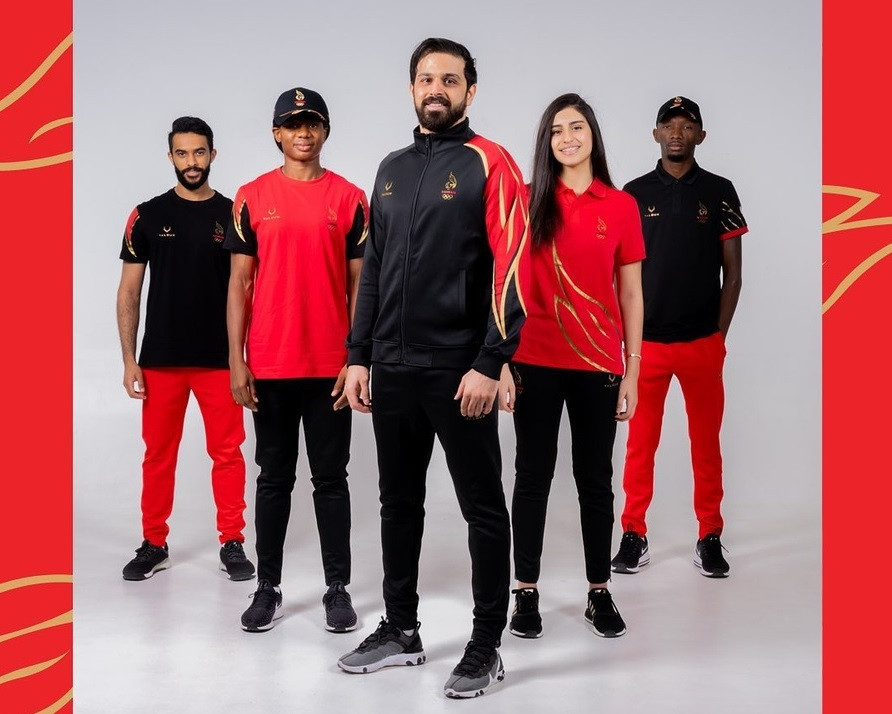 The Bahrain Olympic Committee (BOC) has unveiled the kit its athletes will wear at the delayed Olympic Games in Tokyo.

The red, black and gold uniforms, made by Valour, have been revealed with just 20 days to go before the Olympics are scheduled to open.

He also said the design and logo of the Bahrain team would have a "big impact" in motivating the athletes to produce their best performance and to create pride and unity with the people back home in Bahrain.

"The Olympic Committee has made sure to include the phrase Team Bahrain," said Al-Nusuf.

"This reflects the spirit of a single national team in various fields, including the sports field, and to represent the flag of the homeland in international events overseas."

He also stressed that it matched the development and modernisation programme of the BOC, as well as enhancing support for athletes and teams by providing the "best equipment".

Bahrain has won three Olympic medals since making its debut at Los Angeles 1984.

Two of those came at Rio 2016 after Ruth Jebet won gold in the women’s 3,000-metre steeplechase and Eunice Kirwa claimed silver in the women’s marathon.

The country's only other medal came at London 2012 when Maryam Yusuf Jamal secured gold in the women’s 1500m.

Salwa Eid Naser, the women’s 400m world champion, would have been hoping to be part of the Bahrain’s Tokyo 2020 squad.

But the 23-year-old has been banned for two years after the Court of Arbitration for Sport upheld an appeal against an earlier decision which cleared her of whereabouts failures.