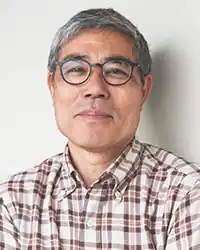 The United States Olympic and Paralympic Committee (USOPC) has announced the addition of James Higa to the organisation’s Board, as well as confirming the departure of Kikkan Randall.

The USOPC said Higa was unanimously voted onto the Board during the quarterly meeting on June 17.

He fills a board seat vacated by Vivek Murthy, who resigned in March after being confirmed as the US Surgeon General.

The USOPC says Higa has experience in strategic and creative thinking across a variety of industries.

Higa is the current executive director of Philanthropic Ventures Foundation and managing partner of Offline Ventures.

Higa has also worked for over more than decades with the late Steve Jobs at Apple and NeXT.

The changes to the Board include the departure of Randall, following her resignation as an International Olympic Committee (IOC) member.

Randall was elected to the IOC Athletes' Commission during the 2018 Winter Olympics in Pyeongchang - which carries membership of the IOC.

The American had been diagnosed with breast cancer soon after winning a gold medal in the cross-country skiing team sprint at Pyeongchang 2018, before announcing she was free from the illness in March 2019.

She had been one of three American members of the IOC, alongside vice-president Anita DeFrantz and International Tennis Federation President David Haggerty.

"We are thrilled to welcome James to the Board, and we are certain that his breadth of experience and perspective will be a benefit to the Board, and to the Team USA athletes and larger Olympic and Paralympic Movements," said Susanne Lyons, USOPC chair.

"The board continues to evolve in ways that bring unique skillsets to bear in the interest of the communities we serve.

"It was a pleasure to have Kikkan on our board as a strong and knowledgeable athlete voice.

"We wish her nothing but the best as she steps away from the board, but know she will always remain an active participant in the Olympic and Paralympic movements."

There now 18 members of the USOPC Board.

The Board was altered in December to include the addition of two new athlete at-large positions, which increased elected athlete representation on the Board from three to five.

This met the recommended threshold of 33 per cent.

With the addition of at-large representatives Donna de Varona and Jon Naber, along with Muffy Davis and Daria Schneider in January 2021, the total representation of athletes on the Board expanded to eight.