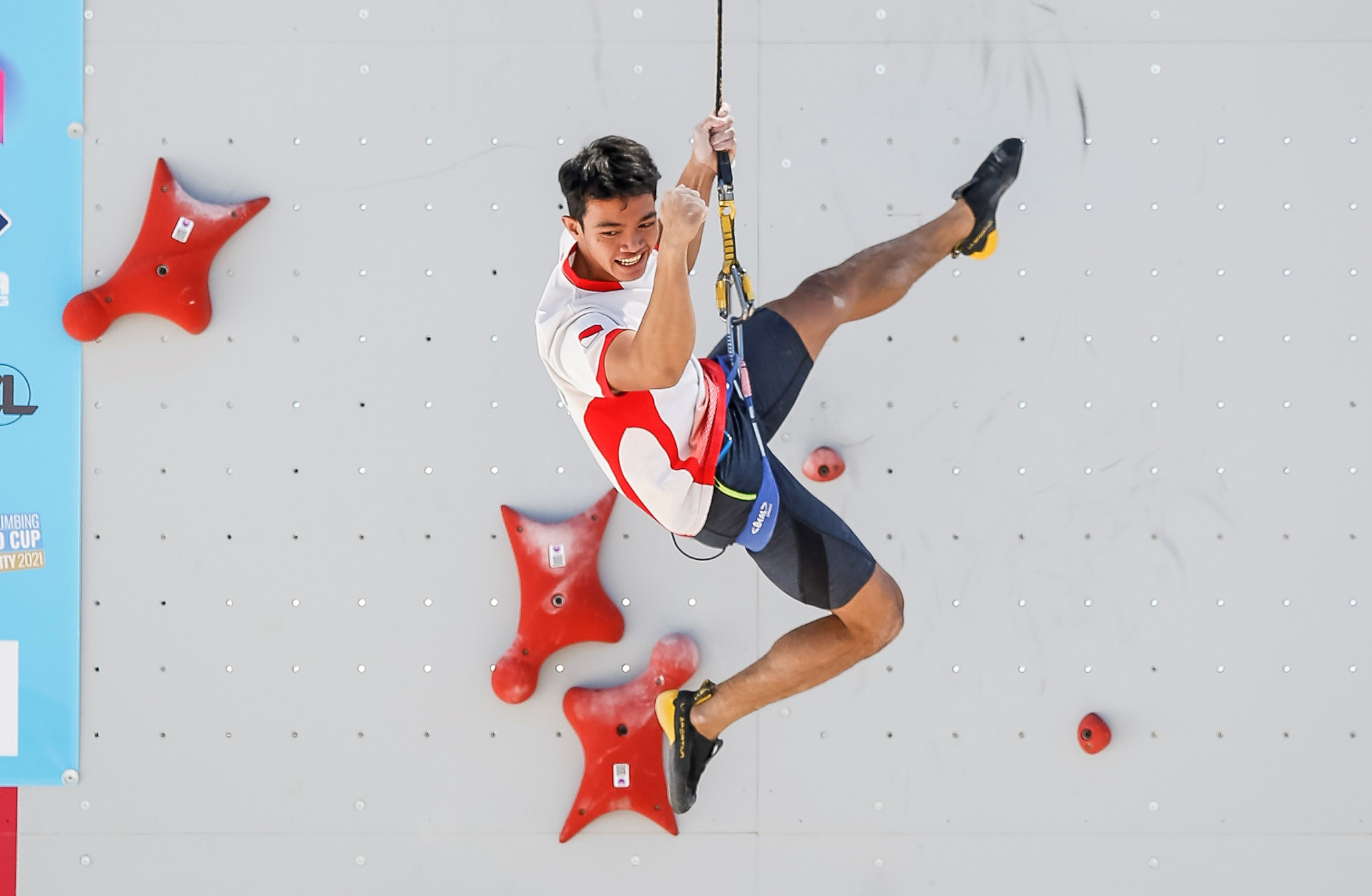 The fifth IFSC World Cup of the season began today at the Swiss resort, with speed qualification contested ahead of tomorrow's finals.

Sixteen men and 16 women qualified for the finals.

Katibin - who in May set a new speed world record in Salt Lake City, only for compatriot Veddriq Leonardo to break it in the final - applied pressure to the finish pad with 5.482sec on the clock today.

Leonardo was second on 5.520, with Iranian Reza Alipour Shenazandifard qualifying in third place with 5.547.

Russia's Iuliia Kaplina led women's qualifying in 7.014 - not far off the world record of 6.964, which Kaplina holds.

The field for the final features three Russians and three Indonesians.

Lead qualifying is due to begin tomorrow, before the speed finals.