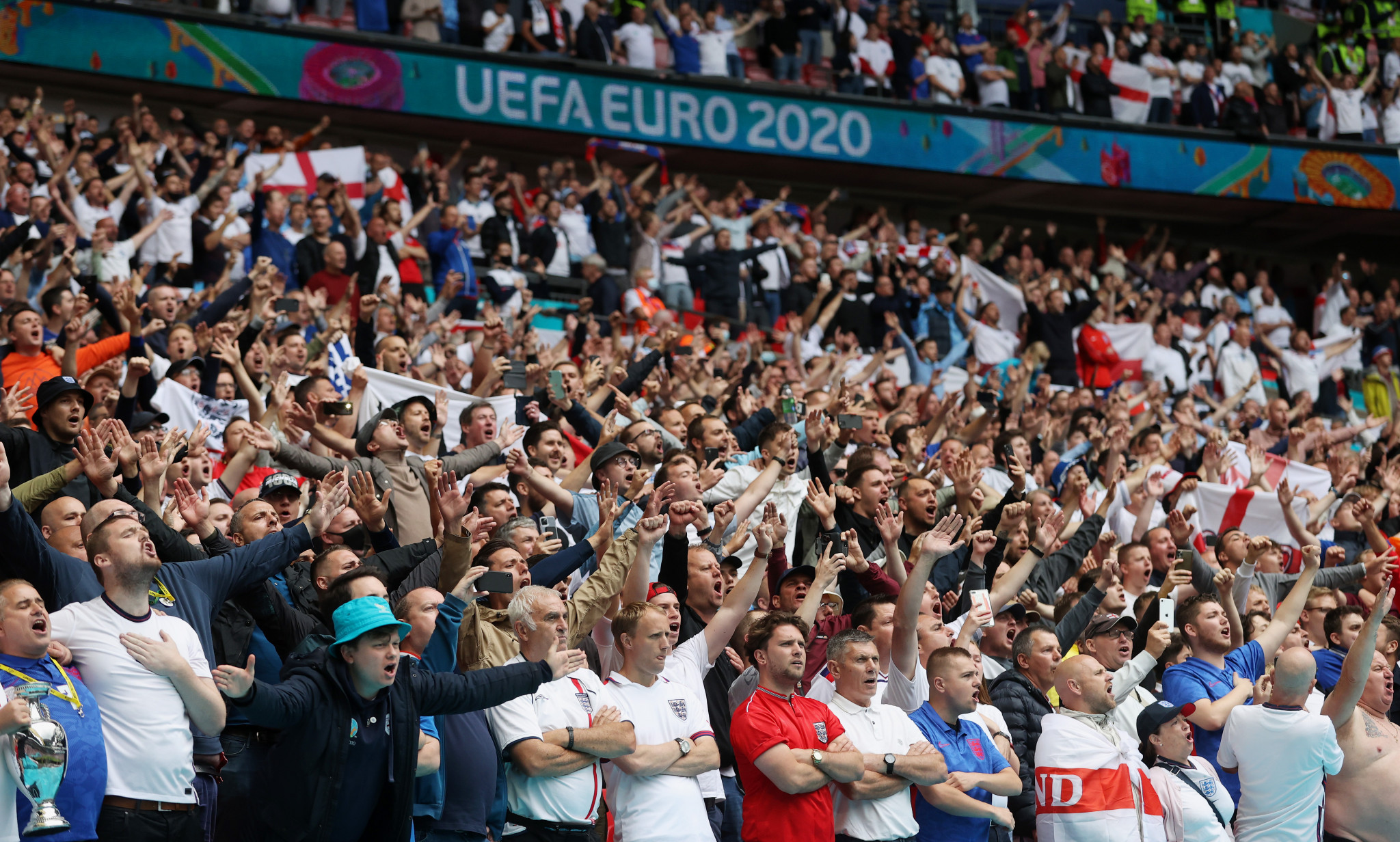 England fans have been told not to travel to Rome for their quarter-final match at the UEFA European Championship because of COVID-19-related restrictions.

England are due to face Ukraine in the Italian capital on Saturday (July 3), after the teams earned last-16 wins over Germany and Sweden, respectively.

The match will be England’s first of the tournament to take place away from Wembley Stadium in London.

The English Football Association has confirmed it will not sell tickets through the England Supporters Travel Club due to the travel restrictions in place.

The organisation citied the current guidance from Italian authorities that people from the United Kingdom must isolate for five days upon arrival.

This includes anyone who has been in the UK within the past 14 days, even if they have arrived in Italy from another nation.

Such travellers must self-isolate for five days upon arrival in Italy, after which they must take a rapid antigen or molecular swab test for COVID-19 and test negative to be released.

"This means that fans travelling from the UK to Italy after 28 June will not arrive in time to be able to watch the EURO 2020 quarter-final in Rome on 3 July 2021," the FA said.

The UK Government also lists Italy as an amber country, with official advice saying fans should not travel to red and amber countries.

The travel advice is aimed at protecting public health in the UK from new coronavirus variants.

German supporters received similar advice not to travel to England prior to their last-16 tie.

Ukrainian fans are also subject to the same rules as England fans on arrival to Italy.

The restrictions mean the crowd at the match is likely to consist of domestic fans, as well as English and Ukrainian supporters who live in Italy.

Concerns over the possible spread of COVID-19 as a result of Euro 2020 matches have been raised during the tournament.

The winners of the match between England and Ukraine will face either the Czech Republic or Denmark in the last four of the competition.

Their quarter-final match will take place in Azeri capital Baku.

Switzerland's match against Spain in Saint Petersburg in Russia opens the quarter-finals tomorrow, before Belgium face Italy in Munich in Germany.

The semi-finals and final of the UEFA European Championship will take place at Wembley.

The capacity has been set at more than 60,000 for the matches, 75 per cent of the venue’s capacity.