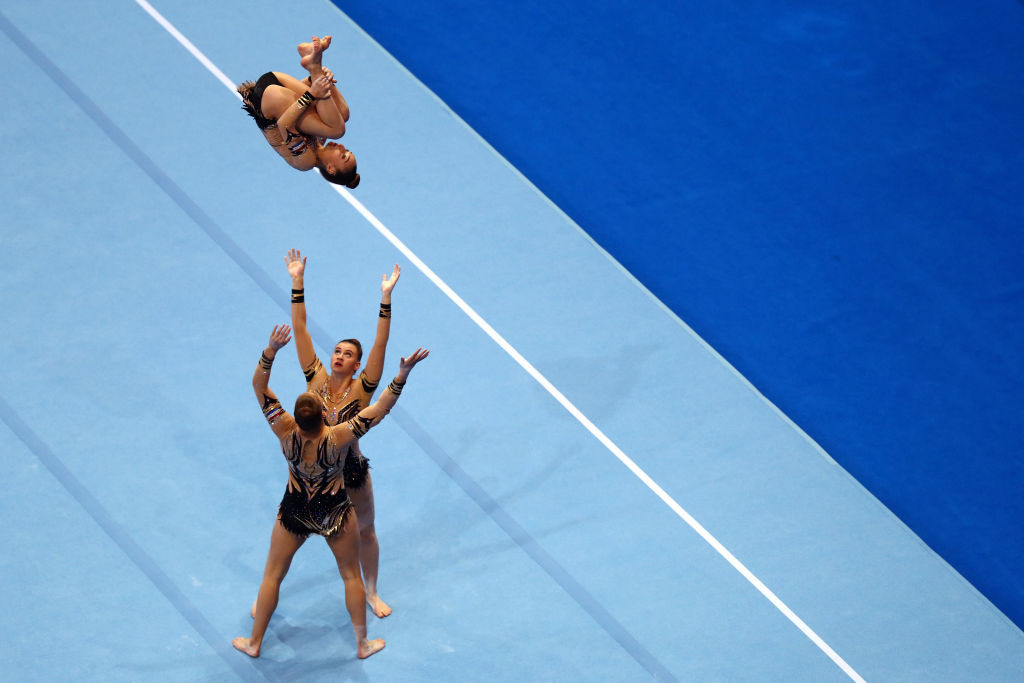 New champions are set to be crowned at the rearranged Acrobatic Gymnastics World Championships in Geneva this weekend.

Russian Daria Chebulanka is the only returning gold medallist that will compete at the event, scheduled to be held at Patinoire des Vernets from tomorrow until Sunday (July 4).

Chebulanka will participate representing the neutral Russian Gymnastics Federation team under sanctions imposed on the country for the state-sponsored doping scandal.

Russia's flag, name and anthem is banned from the event as part of the punishments handed down by the World Anti-Doping Agency and partially upheld by the Court of Arbitration for Sport.

Day 2️⃣ of Podium Training at #WorldAcro2021 is underway... and for ?? Women's Pair Aubrey Rosilier and Emily Davis it's a landmark moment after injury almost ended their partnership. #Acrobatic #Gymnastics@USAGym pic.twitter.com/uS8aHH4mUD

More than 160 gymnasts representing 21 nations have registered to compete at the Championships in the Swiss city.

The event had been scheduled to take place last year before being postponed due to the COVID-19 pandemic.

"Acrobatic gymnastics is one of the most beautiful disciplines of our sport, and it becomes even more thrilling when the struggles of the past year are taken into account," said International Gymnastics Federation President Morinari Watanabe.

"The gymnasts have worked diligently to prepare for this competition, and this is their moment to enjoy it."