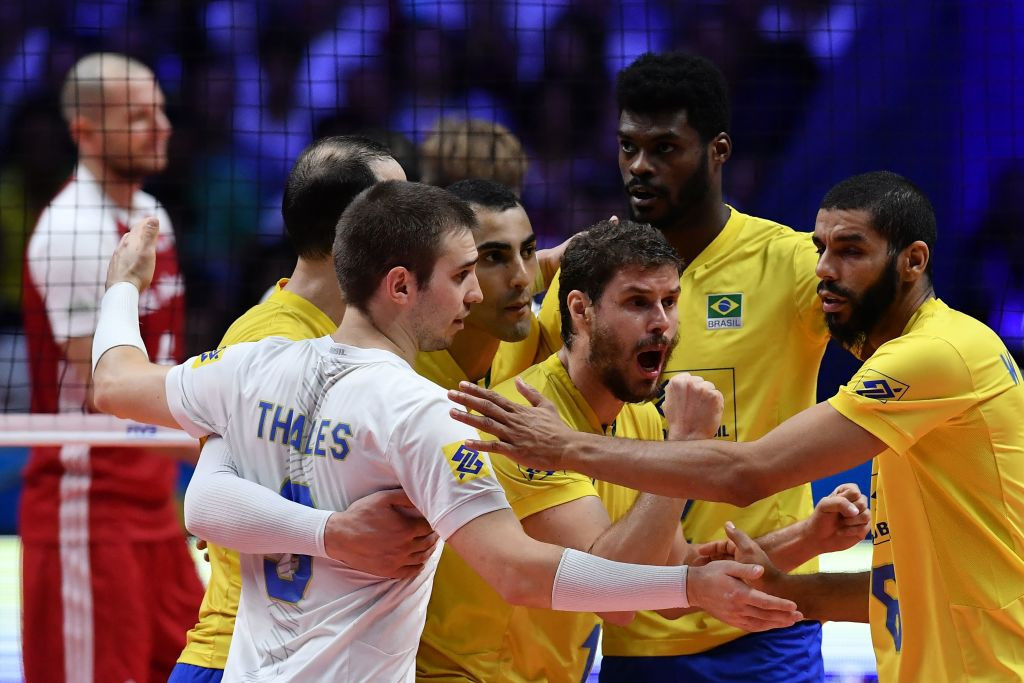 Olympic champions Brazil came from behind to beat Poland in four sets to clinch their maiden Volleyball Men's Nations League title in Rimini.

World champions Poland, who defeated Brazil to claim the Nations League bronze medal in 2019, started the brighter of the two sides and the second set could have gone either way.

Brazil established a semblance of control after drawing level and proved too strong for Poland in the third and fourth sets as they saw out a commanding triumph.

Wallace de Souza top-scored for Brazil, who will be out to defend their title when they compete at the delayed Olympic Games in Tokyo, with 22 points.

Yoandy Leal Hidalgo finished with 17 points, the same as Poland's Bartosz Kurek, who led the way for his side.

France claimed the bronze medal after easing to a straight-sets win over Slovenia, who had been the surprise package of the tournament.