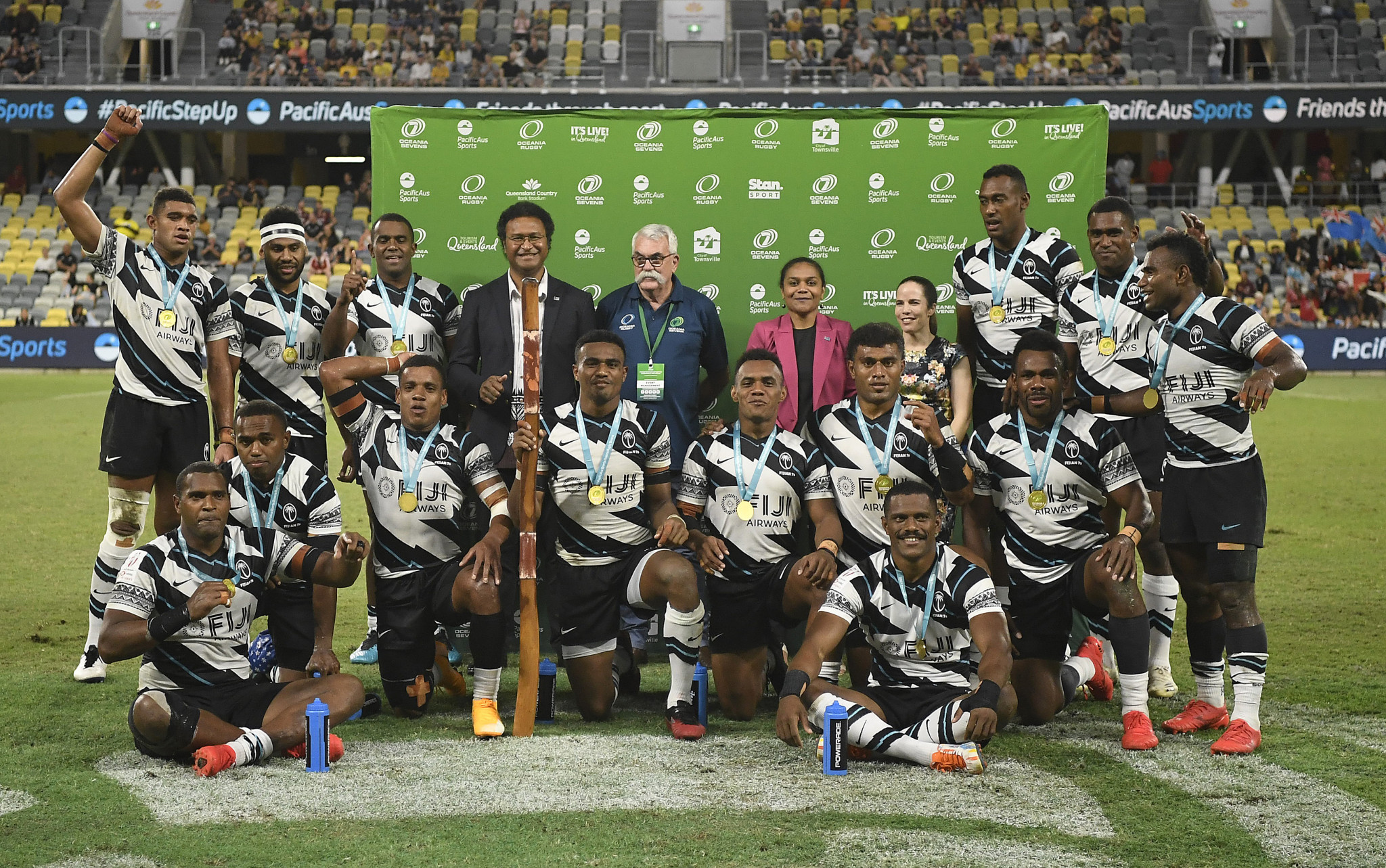 Fiji and New Zealand secured the men’s and women’s titles at the Oceania Sevens Championships after their sides completed unbeaten weekends in Townsville.

Reigning Olympic champions Fiji had won all four matches in the men’s competition heading into the final day at the North Queensland Stadium.

Fiji’s fifth men’s title was sealed with a 33-5 victory over the Oceania Barbarians in the fifth round of the competition.

The Barbarians side was comprised of contracted Australian players and members of the Uni Sevens squad.

Fiji finished the competition with a flourish by earning a 17-7 win over New Zealand in the sixth round.

New Zealand finished the tournament in second place with four wins and two defeats, which both came at the hands of Fiji.

The New Zealand team had sealed the runners-up position with a 17-5 win over Australia early in the day.

Australia beat the Oceania Barbarians 28-12 in their final match, which saw them finish on a record of two wins and four losses.

The Oceanian Barbarians finished bottom of the standings after losing all six matches.

New Zealand, the reigning world and Commonwealth Games champions, cruised to victory in the women’s competition.

The New Zealand team were 27-12 winners over Fiji in the fifth round of the event, before securing a 26-5 victory over Australia.

The six consecutive wins at the tournament sets New Zealand up strongly for next month’s Tokyo 2020 Olympics, where they will start among the favourites.

Reigning Olympic champions Australia finished as the runners-up due to their point score difference, with a 40-point advantage over Fiji in the final standings.

The Australian and Fijian teams finished the competition with three wins and three defeats to their name.

Both teams had earned victories over the Oceania Barbarians on the final day of the event.

Australia won 32-7 against the team, while Fiji earned a narrow 14-12 victory.

Both nations will be among the starters for the 12-team women’s rugby sevens tournament at Tokyo 2020.