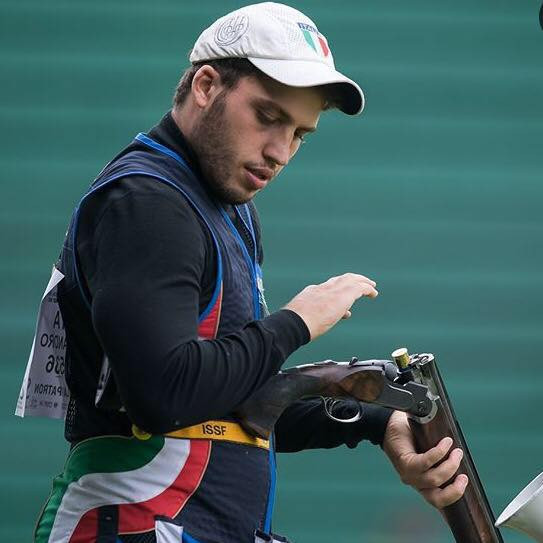 Cassandro, second in the skeet event at the 2019 World Championships, edged out Argentina's Federico Gil in a shoot-off in a tense final at the Pampas Shooting Range.

The pair had hit 55 targets in the competition before Cassandro, also a two-time world team champion, beat Gil 2-1 to take gold.

The bronze medal was won by Nicolas Vasiliou of Cyprus, who scored 43.

The Russian trio recorded a 16-8 victory over Hungary in the gold medal match, while Serbia defeated India 16-14 to claim bronze.

Paolo Monna, Federico Maldini and Alessio Torracchi of Italy topped the podium in the men's 10m air pistol event thanks to a comfortable 16-6 win against Serbia in the final.

Iran were on the right side of a 16-14 scoreline in the bronze medal match.

Iran did enjoy success on the second day of the event as Najmeh Khedmati, Armina Sadeghian and Fatemeh Karamzadeh won the women's 10m air rifle title.

The Iranian team thrashed Russia 16-2 in the final, while Hungary defeated Austria 16-10 to seal bronze.

The World Cup is scheduled to continue tomorrow.