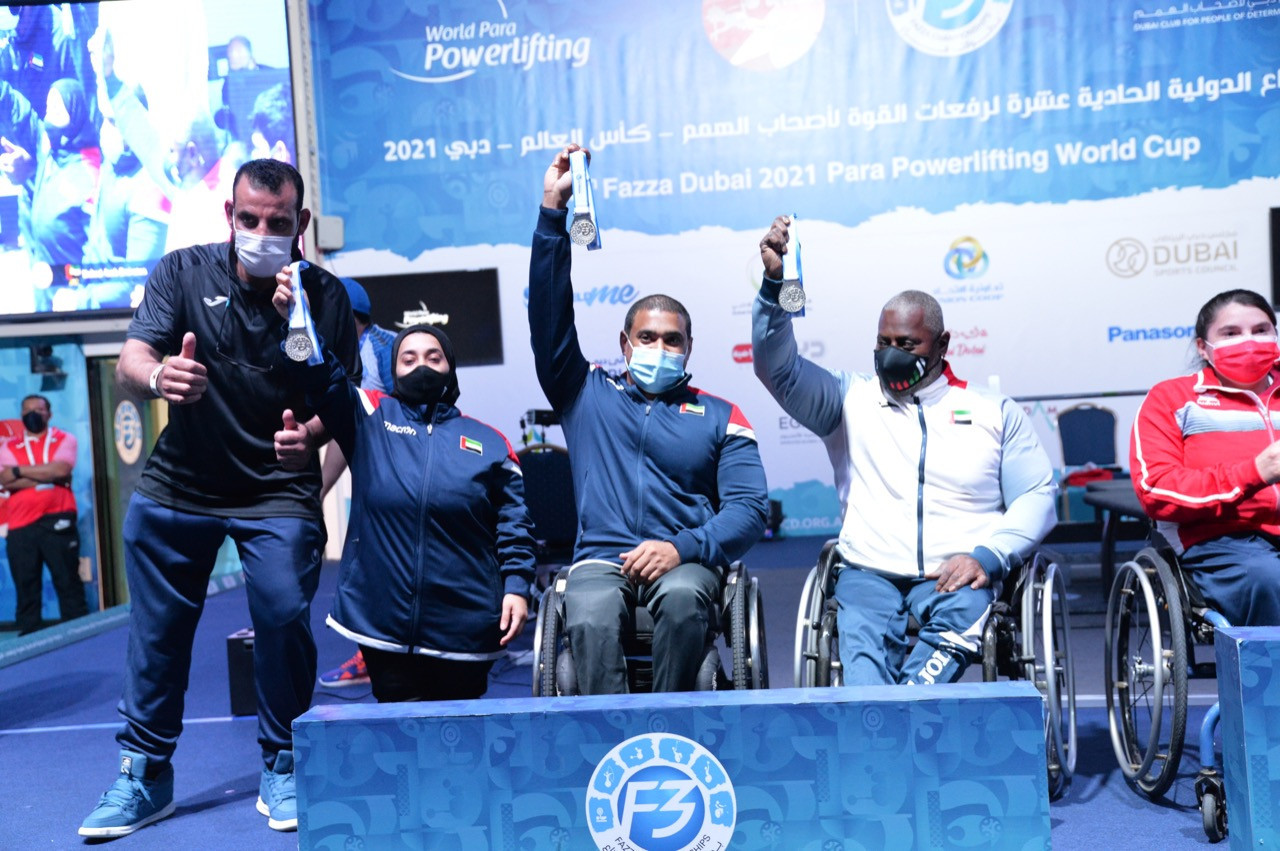 Hosts United Arab Emirates (UAE) were able to relish their veteran 51-year-old lifter Mohammed Khamis Khalaf at the height of his powers as his efforts helped secure silver in the mixed team event on the final day of the Para Powerlifting World Cup in Dubai.

The UAE were beaten by Chile in the final of the mixed team event, which was contested by eight teams, with Colombia taking bronze at the Dubai Club For People Of Determination.

Khalaf, a two-time Paralympic champion, was happy with the result and said it was a good morale boost for his preparation for Tokyo 2020.

"We were participating for the first time in the mixed team event and the whole team did very well," he said.

"We entered into this event as an experiment and we are now accustomed to playing as a team.

"With my performance today, I am more confident for my next goal.

"Now we have to undergo an intense camp for our final preparation where there will be a lot of pressure.

"I hope I can give my best in Tokyo."

In the only individual event of the day, multiple Paralympic champion Amalia Perez from Mexico took the top honour in women’s under-61 kilograms event.

Having led from the start, Perez lifted 126kg in her second attempt for the gold, as Egypt’s Fatima Korany cleared the bar at 117kg for the silver.

Around 300 para powerlifters from 62 nations vied for glory at the Dubai 2021 World Cup which was the last chance for the powerlifters to improve their world rankings to get a slot at the Paralympic Games.

Majid Al Usaimi, event director and President of the Asian Paralympic Committee, said he hoped that the result at the Dubai 2021 World Cup would play an important role in the para powerlifters’ preparation for Tokyo 2020.

"I wish all the powerlifters good luck as they do their final preparation for the Games," he said.

The event organisers’ chairman Thani Juma Berregad congratulated the winners and thanked the World Para Powerlifting for yet again showing trust in the hosts.

"I am very happy that we could host yet another successful event amid the pandemic," he said.

"The event definitely gave a lot of confidence not just to the winners but to all the athletes who competed here after a long time.

"Besides that we would like to congratulate all who booked their slots for Tokyo 2020.

"The role of the technical officials, referees and the whole support staff has been magnificent."