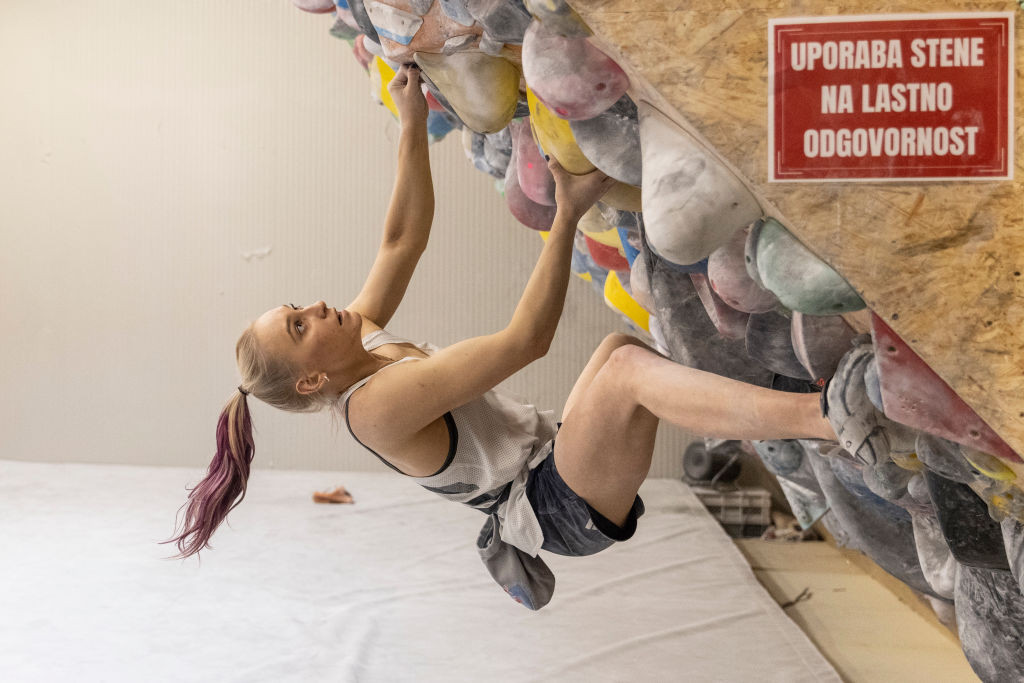 The fourth International Federation of Sport Climbing World Cup of the season at the Kletterzentrum in Innsbruck will see all facets of the sport in action and feature bouldering and lead climbing in the same event for the first time.

The line-up includes 289 athletes, with 189 registered to compete in lead and 215 in boulder at a competition that will conclude on Saturday (June 26).

After featuring in all three of this season’s World Cups so far, the bouldering discipline is taking clear shape.

The most pressing question within this element of sport climbing will be whether Natalia Grossman of the United States, who won the first of last month’s World Cups in Salt Lake City in the absence of six-time world champion Janja Garnbret, and then won the second with the 22-year-old Slovenian in the field, can earn a third consecutive title.

Garnbret, who won the opening World Cup bouldering event in Meiringen, where Grossman was third, will be seeking to re-establish her habitual pre-eminence in the discipline.

Others in the mix will be Grossman’s compatriot Brooke Raboutou, who won bronze at both last month’s Salt Lake events, and rising French talent Oriane Bertone, who has won two silvers so far this season.

Garnbret took silver in lead climbing at the only World Cup to take place last year due to COVID-19 - at Briancon in France - and will be looking to put her mark once again on a discipline in which she has won two of her world golds and one world silver.

The Czech Republic’s Adam Ondra, men’s lead winner in Briancon, will seek to maintain his position against a field that includes the silver medallist from last year, Slovenia’s Domen Skofic, and home favourite Jakob Schubert, who took bronze in France.

The 28-year-old Ondra, who has won five world titles and whose seven World Cup titles include lead, bouldering and combined honours, has already made his mark in the bouldering event having won at the Meiringen and first Salt Lake City World Cups.

Sean Bailey of the United States, who won at the second Salt Lake City World Cup, will contend for another medal alongside the respective Japanese silver and bronze medallists Kokoro Fujii and Tomoa Narasaki.

This World Cup gathering will also include a European Speed Cup, in which 50 athletes - 23 women and 27 men - will compete.

Women’s world record holder Iuliia Kaplina, of Russia, will be the one to watch in the women’s event, alongside European speed champion Ekaterina Barashchuk, also of Russia.

Their team mate Lev Rudatskiy, who achieved second place in the European Speed Championships Moscow 2020, will climb for the chance to win another medal in the men’s event.

Tomorrow will also feature the first of this season’s Paraclimbing World Cup events.

At the Paraclimbing World Championships Briançon 2019, Team GB and Team Japan dominated the rankings with nine and seven medals respectively, but with neither team in attendance in Innsbruck there’s all to play for.

France, who earned five medals at the 2019 championships, will fancy their chances, with four of those medallists competing in Austria - Thierry Delarue in men's AL2, Bastien Thomas in men's RP1, Solenne Piret in women's AU2 and Lucie Jarrige in women's AL2.

Austria's Angelino Zeller in the men's RP1 class will also be climbing this week and seeking a repeat of his gold medal success at the 2019 World Championships.

Sport climbing will make its Olympic debut at Tokyo 2020, although the format - combining lead, bouldering and speed climbing - has been much criticised within the sport.

At the Paris 2024 Olympics speed climbing will be a separate event alongside combined lead and bouldering.