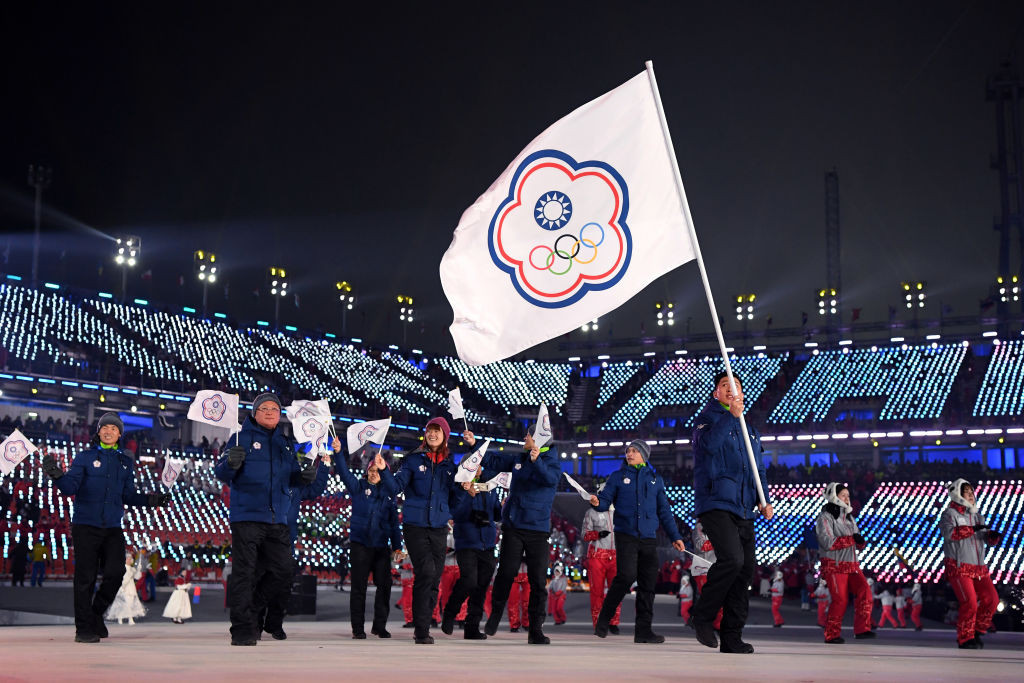 An organiser of two online petitions with more than 131,000 signatures, which demand that Taiwan should compete under its own choice of name and flag at the Tokyo 2020 Olympics, has requested a meeting with the International Olympic Committee (IOC) and the Japanese Olympic Committee (JOC).

Since 1984, at the insistence of China, Taiwanese athletes have had to compete at the Games representing Chinese Taipei.

They participate under the Chinese Taipei Olympic flag and medallists hear a National Flag Anthem played.

"The petitions 'Let Taiwan Be Taiwan at the Tokyo Olympics' and 'Taiwan 2020 Tokyo' have together garnered more than 131,000 signatures," activist Lindell Lucy says in an open letter to the IOC.

"This number will continue to grow until Taiwan is given the freedom to compete under the name and flag of its choosing, without threat of being expelled from Olympic competition.

"The way the Taiwanese are being treated is disrespectful, discriminatory and deeply immoral.

"Article 15 of the Universal Declaration of Human Rights states 'Everyone has the right to a nationality. No-one shall be arbitrarily deprived of his [or her] nationality.

"Banning the Taiwanese from expressing their nationality at the Olympics is nothing less than a violation of their human rights.

"It is also a violation of the principles of Olympism.

"I am calling upon the IOC and JOC to fulfil their responsibilities - not to dodge the issues, shift the blame, or to provide hollow excuses for inaction.

"The organisers of the Taiwan 2020 Tokyo petition have contacted the JOC requesting a meeting to deliver our signatures on Friday, June 25.

"I intend to be there, and I hope the JOC will do everything it can to help ensure that Taiwan is treated with dignity at the Tokyo Olympics.

"It is currently not possible to meet with the IOC in person, but I would also like to request an opportunity to meet with IOC representatives online on June 25.

"Please confirm if this is possible.

"I look forward to your response."

In November 2018, a major diplomatic crisis was avoided when a referendum on whether to drop the name Chinese Taipei in favour of Taiwan for the 2020 Olympic Games in Tokyo failed.

The Chinese Taipei rules were agreed in the late 1970s after China rejected allowing the country to participate independently at the 1976 Olympics in Montreal.

Taiwan boycotted the Games in the Canadian city and the following edition in Moscow four years later after they were not permitted to use the name Republic of China.

It came after the IOC passed the Nagoya Resolution in 1981, forcing Taiwan to use the name Chinese Taipei.

The referendum had been spearheaded by renowned Taiwanese athlete Chi Cheng, winner of an Olympic bronze medal in the 80 metres hurdles at Mexico City 1968.

IOC officials had warned that the country may have been banned from Tokyo 2020 if the vote had passed.

However, it failed to reach the required threshold of 25 per cent of eligible voters casting a ballot.