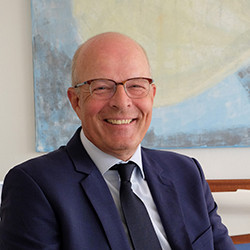 World Sailing's Ethics Commission has been asked to consider a decision made against the governing body’s former President Kim Andersen afresh, after the official partially succeeded in an appeal.

Andersen was issued with a warning last October by the Ethics Commission, after he was claimed to have "abused" the signatures of World Sailing vice-presidents Scott Perry and Gary Jobson.

The Dane had argued against the appointment of Josep Pla as ethics officer in the case, claiming he was "not independent or impartial".

The law firm representing Andersen, meanwhile, highlighted that the number of officials on the Ethics Commission had been below the required number of seven which is needed to make a decision.

Both officials were accused by Andersen of "clear conflict of interest", which was denied.

Ser Miang and Neupert resigned from the Commission in December and January, with Andersen opting against pursuing claims against the officials.

An Independent Appeals Panel disagreed with Neupert's claim of the case being "closed".

It added that the Ethics Commission had no power to close the case due to a lack of a quorate in August, as only five members served on the body.

The number of Commission members stood at eight on the date the final decision was issued.

The panel said it was "apparent from Dr Neupert's email on October 8 recording the votes on the decision that all eight members must have taken part in the meeting that day".

Neither Neupert or Ser Miang were suggested to have recused themselves from the discussions, while Neupert signed the decision.

The panel noted that seven members voted for the decision and one against, meaning at least one of Neupert or Ser Miang voted in favour,

Andersen, the panel said, had lodged complaints against Neupert and Ser Miang on September 25.

The complaint cited a witness statement from IOC Athletes' Commission liaison Patrick Singleton, where Esteva confirmed he was "helping to drive Gerardo's campaign efforts to become the next President of World Sailing, and that they were spending time in Lausanne meeting with supporters to help get Gerardo elected in the fall of 2020".

The panel concluded that it had "no doubt" that an observer could have concluded there was a "real possibility that Dr Neupert and/or Mr Miang were biased" in considering Andersen's objections to Pla's opinion and the Ethics Commission decision.

The panel said that both officials had made the Ethics Commission "null and void" by participating and voting on the decision on October 8.

It has now ordered Andersen's challenge to Pla's opinion to be reconsidered by the newly constituted Ethics Commission.

World Sailing were ordered to cover the costs of the panel, with none of the parties involved in the case having been found guilty of unreasonable conduct.

The Ethics Commission case against Andersen formed part of a contentious build-up to the World Sailing Presidential election, which was held last October.

Andersen was ultimately unseated by China's Quanhai Li, who triumphed by 68 votes to 60 in a run-off.

This followed a first round contested by four candidates, with the top two progressing.

Andersen came out top in this initial phase, with 53 votes, followed by Li with 39, Spain's Seeliger with 21 and Scott Perry of Uruguay with 15.

The full decision of the appeals panel can be read here here.