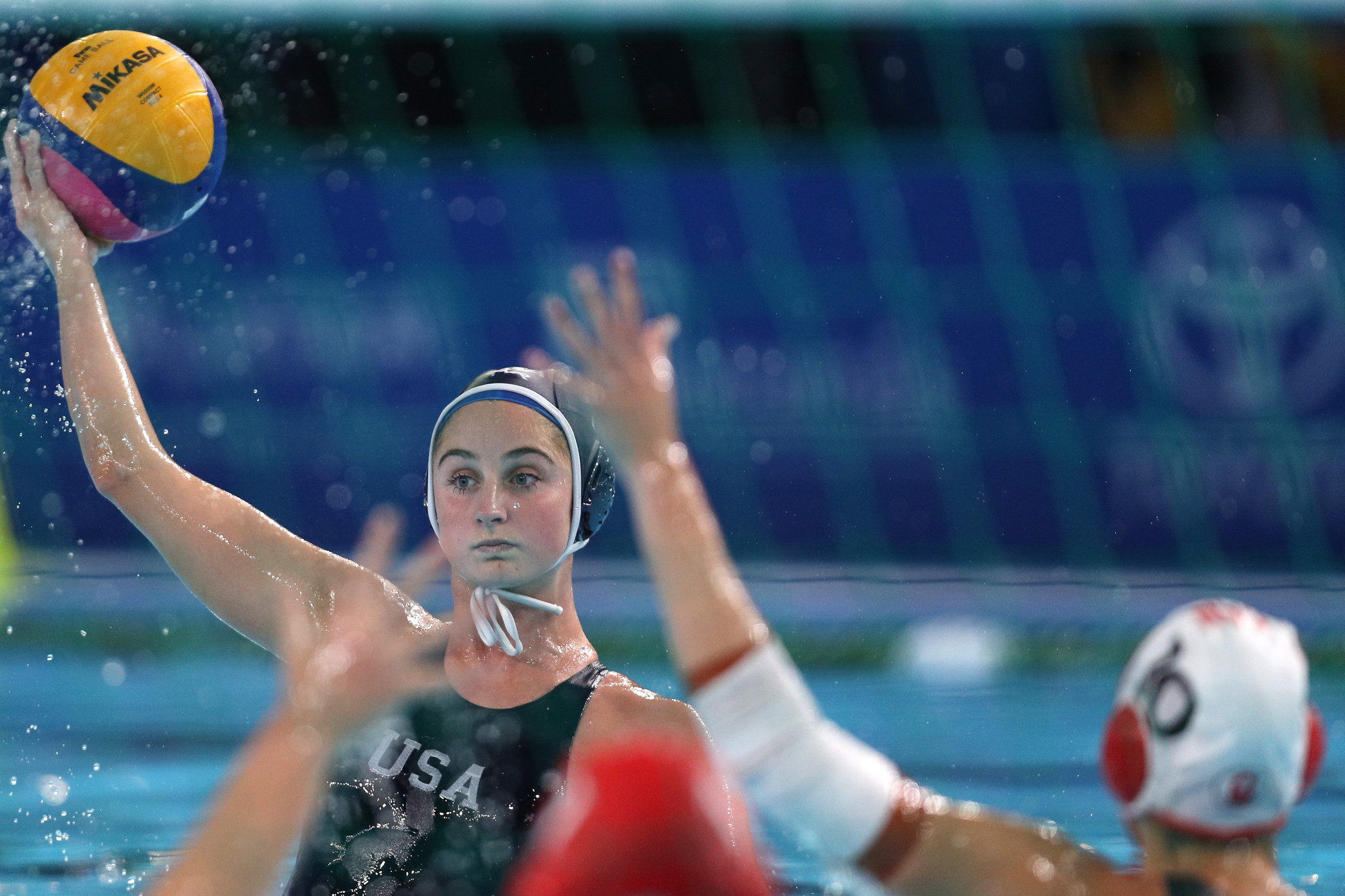 Rachel Fattal scored five on the American's way to an 18-9 win over Spain and was backed up well by captain Margaret Steffens, who scored from four of her six shots.

Judith Forca Ariza scored five for the Spaniards, who trailed after just a minute of play and were chasing the US for the rest of the match.

Fattal scored two in the opening quarter, before Steffens and Madeline Musselman, who was celebrating her 23rd birthday, scored doubles to bring the score to 10-5 at half time before the US extended their lead by another nine by the end of the match.

Canada joined their southern neighbours as group winners in Group A after holding to win by a goal against Hungary 13-12.

The score was tied at 10-10 with just over six minutes to play when Rebecca Parkes equalised for Hungary, but Shae La Roche and Kyra Christmas put the Canadians up by two.

Dora Leimeter brought the deficit back to one, but Axelle Crevier restored back the two-goal cushion.

With two minutes to play, Vanda Valyi brought it back to 13-12, but Hungary could not force an equaliser - ending the match with a defeat.

?Women's Water Polo Super Final - Day 3
In the last match of the preliminary phase @waterpolocanada win face to Hungary and secure the first place in Group A!

Russia stormed to victory against Japan, scoring nearly half of their goals in the final quarter to win 21-13.

With the score at 11-8 going into the final period, Russia were still under pressure - but not for long as the team put 10 past Japan in eight minutes with only five being conceded in that period.

Yumi Arima scored eight for Japan to finish top scorer in the match; while both Nadezhda Glyzina and Anastasia Simanovich scored five for Russia.

In the final match of the night, hosts Greece finished with a 25-11 victory over Kazakhstan to finish third in their group.

It was all one-way traffic with Greece being 13-3 up at the halfway stage.

Eleftheria Plevritou and Nikoleta Eleftheriadou both had sensational games for the hosts, scoring six each from six shots.

Now that the group stage has been completed the quarter-finals line-up has been confirmed.

Top of Group A Canada play bottom of Group B Kazakhstan.

The US play Japan, while Group B runners-up Spain face Hungary.

Hosts Greece are set to meet Russia, who finished second in Group A.