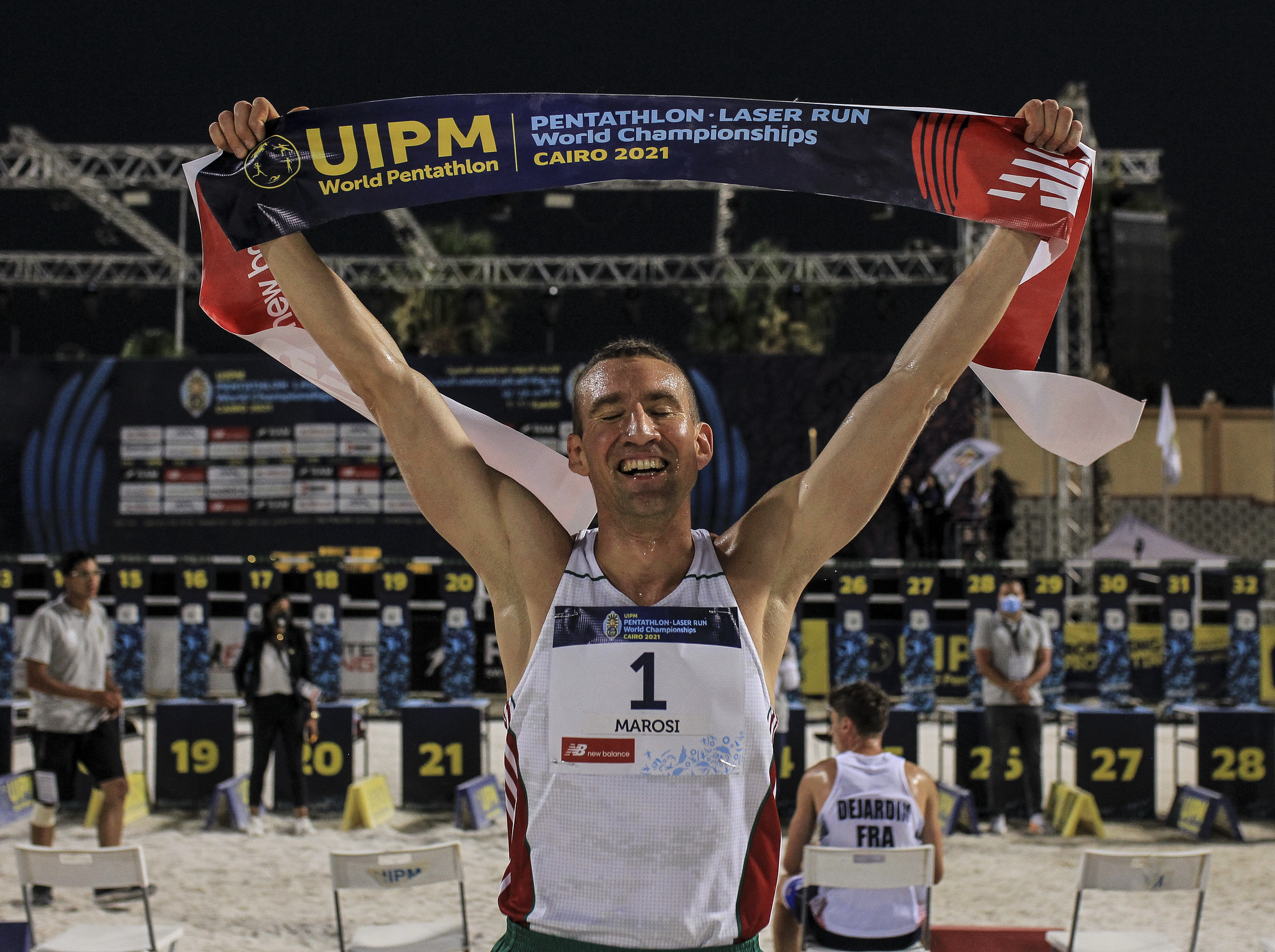 At the other end of the age scale, 21-year-old home pentathlete Ahmed Elgendy also earned a Tokyo quota spot after coming home for bronze behind Alexander Lifanov representing ROC.

Marosi, a bronze medallist at the London 2012 Olympics, earned his gold a day a 35-year-old, Anastasiya Prokopenko of Belarus, won her second world title.

The Hungarian, who finished with 1,435 points, was unchallenged in the laser-run after he and Lifanov, who totalled 1,426, jointly created an unassailable lead with strong performances across the other three disciplines.

For Lifanov an individual podium confirmed his excellent form after he won gold in the men’s relay alongside Maxim Kuznetsov earlier in the week.

"The final started yesterday and I had a brilliant fence," Marosi told the UIPM website.

"I could defend and attack and it was brilliant.

"The hardest moment was the last 24 hours, because after a good fence you always think about the podium and of course the gold medal.

"My swimming and riding were good, I enjoyed that, but the laser run was so, so hard - the hardest laser run of my life.

"To be in first position is difficult, and the sand was very deep.

"In a few weeks I will be 37 years old, and I don't know who is the oldest world champion but maybe it happened today, maybe it's me.

"I hope my national team will say yes and I can go to Tokyo.

"Maybe I will cry on the podium."

Hamed will now have to wait and see if the Egypt selectors put their faith in his strong form when finalising their two Tokyo 2020 selections.

Another athlete facing an anxious wait will be Fabian Liebig of Germany, who again demonstrated his form with fifth place, one place ahead of Woong-tae Jun of South Korea.

While selectors in countries with multiple options mull over their choices, attention in other nations will turn to the final composition of the UIPM Olympic World Ranking List, where today’s seventh-placed athlete Ilya Palazkov of Belarus can be confident of a high finish.

The team gold went to Hungary, with Marosi joined on the podium by Bence Demeter, who was ninth, and Richard Bereczki who was 25th, with Germany winning silver thanks to Liebig and the Dogue brothers Patrick and Marvin who were tenth and 14th.

Egypt were awarded bronze thanks to Elgendy, Hamed and Eslam Hamad, who was 27th.

The UIPM World Championships conclude tomorrow with the mixed relay.