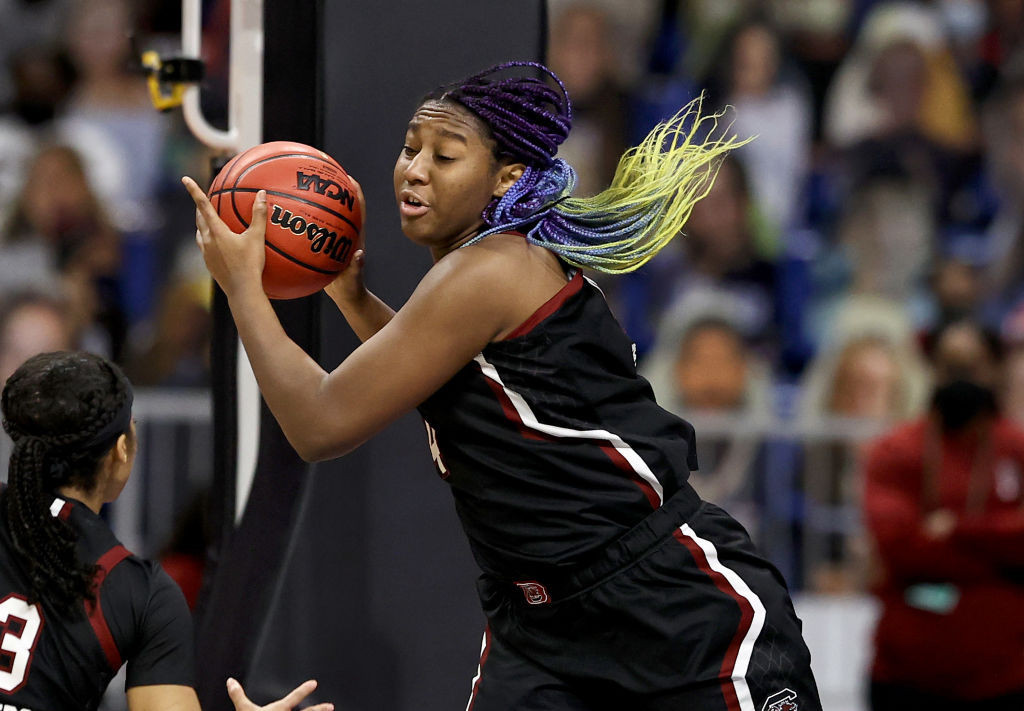 The United States thrashed Dominican Republic to get their title defence off to an ominous start at the International Basketball Federation (FIBA) Women's AmeriCup in San Juan.

The US, fielding a fresh collegiate squad at the tournament, were in ruthless scoring form as they recorded a 102-39 victory in the Group B clash at Coliseo Roberto Clemente.

Destanni Mone Henderson led the scoring for the reigning champions with 17 points, while Aliyah Boston chipped in with 10 points and nine rebounds.

Dominican Republic had kept pace with their opponents in the opening quarter before the quality possessed by the US began to show.

The US restricted Dominican Republic to six points in the second stanza and just two in the third, before outscoring their opponents 35-14 in the fourth to cap off a resounding win.

? Camila Suárez with this #TissotBuzzerBeater ‼

Hosts Puerto Rico secured their second consecutive victory with a comfortable 79-56 win over Argentina in the other Group B match.

Canada also racked up a century of points in their opening match of the competition in Group A as they beat the US Virgin Islands 101-41.

Shaina Pellington top-scored for Canada, ranked fourth in the world, with 16 points.

Brazil sit top of the standings after they defeated Colombia 79-56.

The top four finishers at the tournament, first held in 1989 and which involves countries from North, Central and South America as well as the Caribbean, will qualify for the 2022 Women's World Cup in Australia.